Island was “The Diamond” of America’s Space Race

*From the archives. This article first appeared in MARITimes 2019 Vol 32

During the early 1960s, Bermuda played a crucial role in the United States’ lunar programmes and other space flight missions coordinated by the National Aeronautics and Space Administration (NASA). NASA was established in 1958 by the US government as a direct response to the Soviet Union launching the first satellite into orbit around the earth. This started the Space Race between the two Cold War rivals for supremacy in space.

Completed in 1961 and costing $5 million, the NASA tracking station on Cooper’s Island was one of NASA’s first international outposts, and at the time the second most sophisticated and necessary installation after Cape Canaveral, Florida. While the Space Race is often exclusively focused on the actions of the US and the Soviet Union, the Cooper’s Island station made critical flight control decisions and performed calculations that directly impacted the revolutionary Mercury, Gemini, and Apollo space programmes. 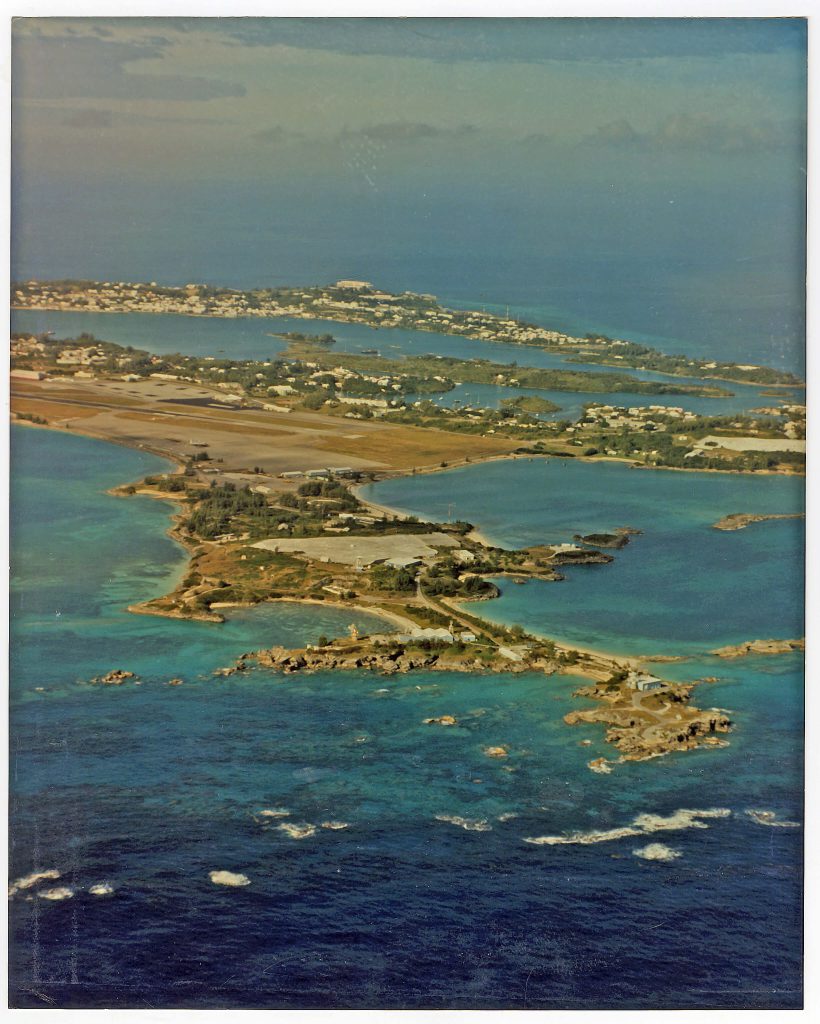 With 20 Bermudians and 60 technicians mostly employed by Bendix Field Engineering Corporation, the station provided data to the Goddard Space Flight Center about flight trajectory during launches and made 118 crucial Go/No-Go calls (the decision to continue or abort a flight). As The Royal Gazette proclaimed in April 1961: “Bermuda Tracking Station Has Vital Part to Play in First Manned US Spaceflight” and “an order from here could bring it down.”

The US and the UK agreed to open a tracking station in Bermuda due to its optimal location. The 77-acre rock coral shelf of Cooper’s Island had the ideal view of the ascent trajectory of Cape Canaveral (later Cape Kennedy) launches and was almost directly under the Mercury-Atlas flight path.

Located approximately 600 miles off the US East Coast, Cooper’s Island made decisions about the future orbital ascension of flights and in the early years of Project Mercury, also calculated the location of landing points and retrofire times in the event of an aborted flight. Project Mercury was the first US human space flight programme, which sought to put a man safely into Earth orbit before the Soviet Union, making Bermuda’s contributions both technologically and politically significant. 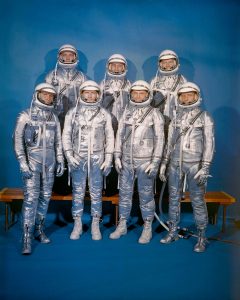 Instantaneous calculations and data processing were essential for the success and safety of Project Mercury. However, at the time live communication between Bermuda and the US did not exist. Since transferring data to the US would have taken too long, Bermuda was independently responsible for certain flight decisions. In 1963, a submarine cable carrying 2,000 bits-per-second of digital information connected Bermuda and the US.

While this advancement transferred the responsibility of programming to the Goddard computers rather than Bermuda’s IBM 709 computer, the tracking station remained vital for future missions. In 1965, the Cooper’s Island facility received $1.6 million to make necessary upgrades for the Gemini and Apollo projects. These funds went towards consolidating telemetry facilities and constructing new buildings for operations.

Twenty-six technicians were added to the Cooper’s Island staff to meet the high demands of the programmes. Commander of the 1965 Gemini III mission, Virgil (Gus) Grissom, often visited the tracking station, where he enjoyed his moped commute. 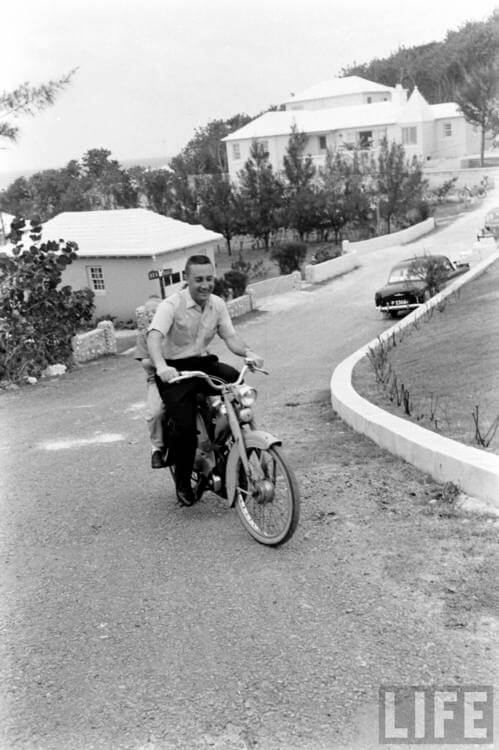 Gus Grissom pictured on a moped in Bermuda, © LIFE Magazine

However, his perception of the Island changed upon seeing the 22-mile speck in the Atlantic from space. Grissom and fellow astronaut John Young managed to capture a photo of Bermuda with only slight cloud coverage, with Young describing the Island as “glowing like a diamond.” Upon landing, posters featuring the image were in high demand and quickly sold out. Just two years later Grissom and fellow NASA astronauts Roger B. Chaffee and Edward White were killed during an Apollo I training mission.

The tracking station’s work culminated in one of the most historic moments of all time—the Apollo moon landing on July 20, 1969, and Neil Armstrong’s moonwalk. The station was the first to electronically see the rocket from high elevation angles, thereby playing a critical role in the mission. The station tracked the rocket for approximately 15 minutes after launch and during this time, the station manager of Cooper’s Island, Bill Way, and the other Bermudian technicians were given the responsibility for making decisions that would greatly determine the outcome of the moon landing. In those 15 minutes, the Range Safety Officer had the power to destroy the rocket if necessary, after separating the astronauts to parachute to safety. 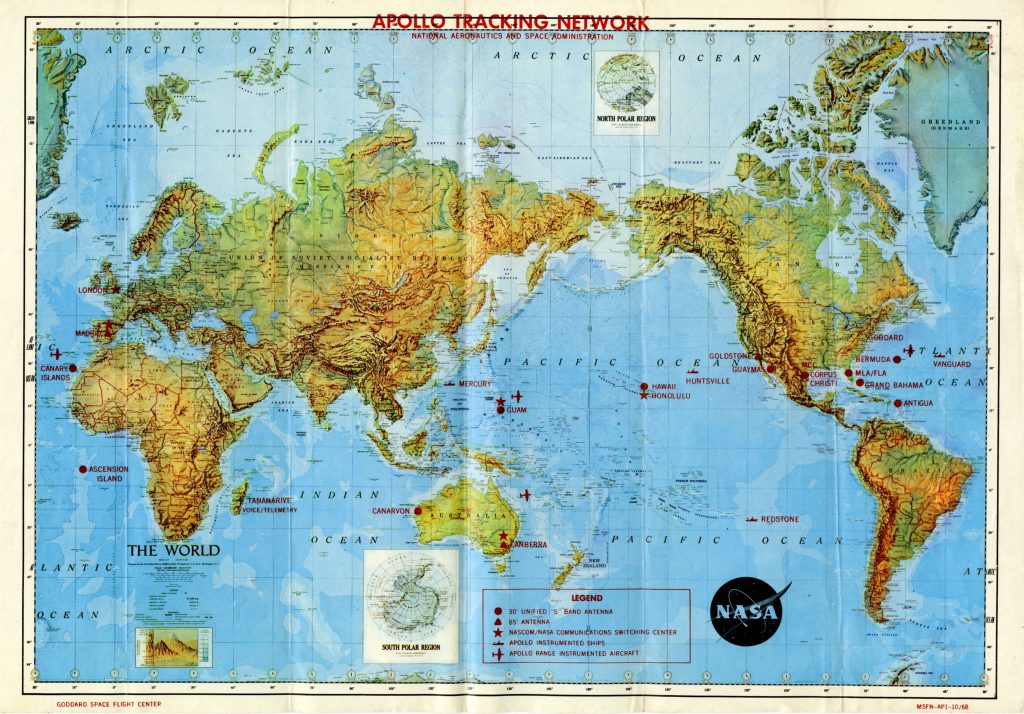 In addition to supporting manned missions, the Bermuda station commanded, tracked and acquired valuable data from a range of unmanned scientific and application satellites launched from Cape Kennedy and NASA’s Wallops Island launch facility. Between flight missions, the Bermuda station’s sophisticated instruments were used by scientists to conduct research ranging from the migratory habits of birds to astronomy.

At the peak of the Apollo missions, there were 132 employees at the Bermuda station, 50 of which were Bermudians. Locals worked in all areas of the station: the Power Plant, Administration, Unified S-Band, Acquisitions Aid, Ground to Air, Telemetry, Computers, Precision Measurement Equipment, Radar, and general plant maintenance. 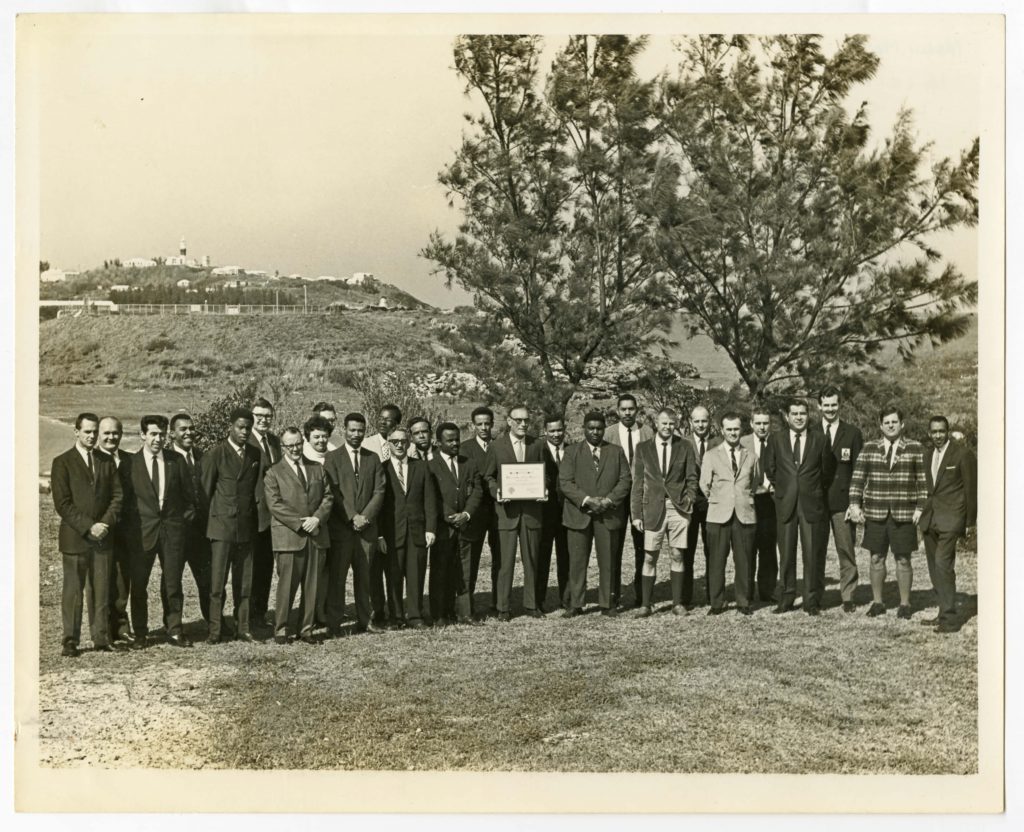 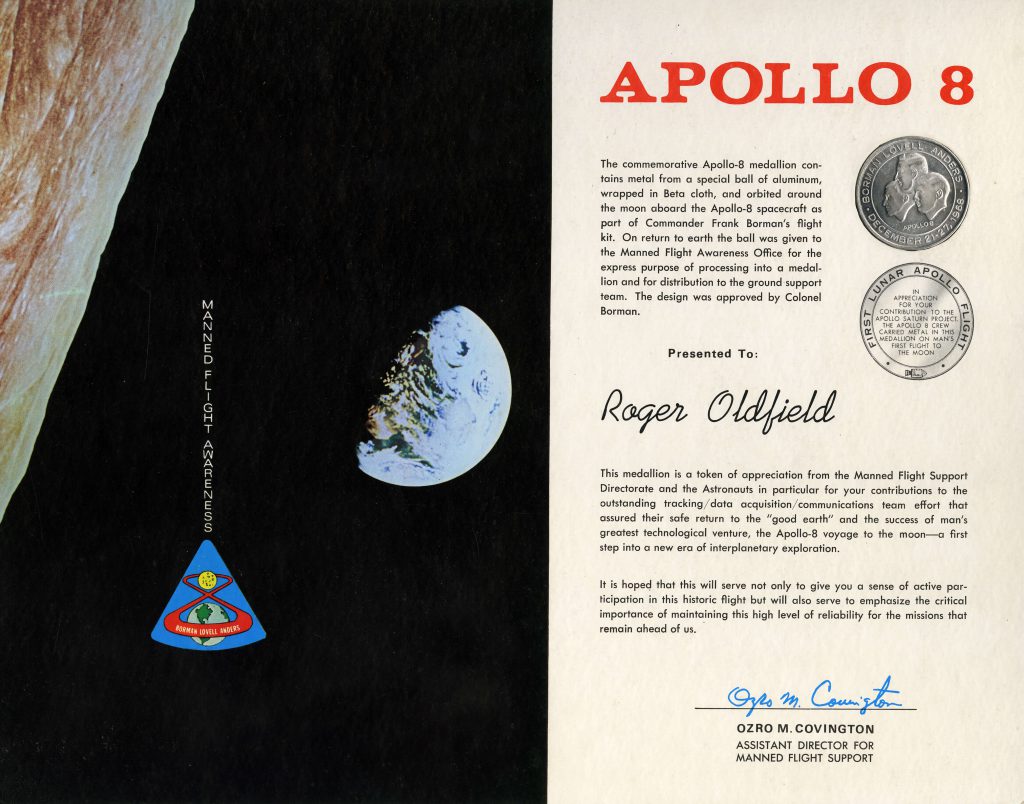 Certificate which accompanied a commemorative Apollo * medallion presented to technician Roger Oldfield as a member of the ground support team, December 21-27 1968 © National Museum of Bermuda

The team at Cooper’s Island launched a series of meteorological rockets and balloons as part of NASA’s Planetary Atmosphere Experiment tests. This tested equipment for space probes to other planets, mainly Mars. Rockets and balloons were launched to an altitude of 35 miles (184,800 ft) and obtained information on atmospheric density and temperature. They were tracked by FPQ-6 radar and hand-operated camera. 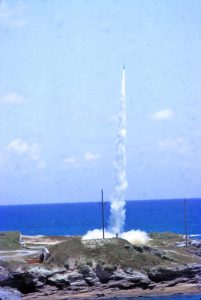 In 1997 advancements in space shuttle technology made the manned station at Cooper’s Island obsolete. By March 31, 1999, the station was entirely abandoned by NASA and replaced by a tracking-relay satellite which saved $5 million annually. In 2001, the US ceded the land back to Bermuda, and it became a nature reserve. The 12-acre reserve is now open to the public as part of the national park system and features walking trails and views of Castle Harbour—far different scenes from those of the military base and NASA station that once dominated the area.

While the nature reserve remains, in 2012 Bermuda and NASA joined forces yet again, establishing a smaller NASA presence on the Island with a mobile tracking station. In 2017, the agreement was extended to 2026, and a $5.3 million refurbishment and refitting project followed in 2018. The station currently works with the Wallops Flight Facility and the Kennedy Space Center by supporting tracking and telemetry and assisting in launches.