Learn more about the historic home of NMB 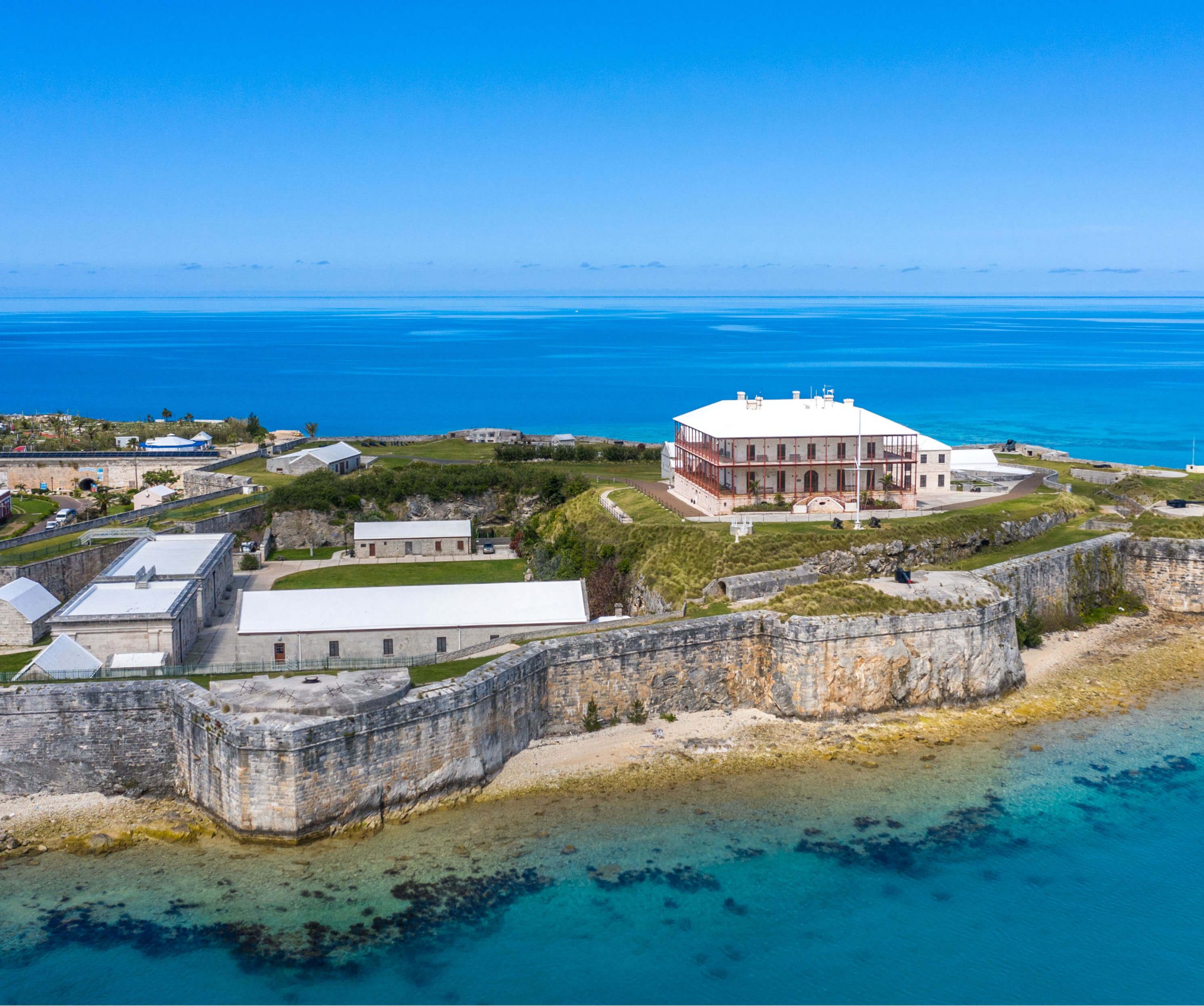 The Museum is housed in Bermuda’s largest fort, the Keep, at the Royal Navy Dockyard. The Keep’s massive ramparts and bastions enclose eight Grade I listed buildings, including the hill-top Commissioner’s House. The 16-acre Museum property also extends to the fortifications adjoining the Keep and includes Casemates Barracks, which dominates the Dockyard skyline.

Once the citadel of the Royal Naval Dockyard, the Keep was a proud symbol of British naval might, part of a ring of fortifications guarding the Dockyard against attack by land and sea.

The fort, with its bastions and ramparts reinforced at intervals by casemated gun emplacements, was designed by the Royal Engineers to defend the channels and approaches to the Dockyard. Since 1975, the Keep has been transformed from a derelict wasteland to an award-winning cultural and educational institution. The buildings—many of them former ammunition storehouses—have been converted into an exhibit, storage, offices, and event spaces.

Read the Story of the ‘Gibraltar of the West’

The Royal Naval Dockyard was established as a direct result of Britain’s loss of the American colonies in 1783. Bermuda’s strategic location was ideal for bridging the distance between the Royal Navy’s Halifax and West Indies bases and providing support for the fleet.

Land was purchased in 1809, and construction of the Dockyard, involving extensive land reclamation and quarrying, soon began and continued for almost a century. At first, the work was carried out by local labourers and skilled workmen, enslaved people and free, augmented in the first two years by captured French Caribbean enslaved people.

The War of 1812 briefly brought refugee and captured enslaved people from the American States and Spanish Florida to the workforce, but grander plans necessitated greater manpower, supplied from 1824 to 1863 by thousands of British convicts.

In its heyday, Dockyard provided storage and repair facilities for the Royal Navy fleet, supported a thriving naval and civilian community, and trained Bermudians in skilled trades.

The base was much reduced in size after 1951 when most of the Dockyard was transferred to the Bermuda Government, but the Navy maintained a small base at Bermuda until 1995. After decades of decay, the Government began restoration of the Dockyard in the early 1980s, building on the success of the then 10-year-old Maritime Museum. By 2001, Dockyard was the most visited site in Bermuda, underscoring the value of built heritage to the tourism industry.

The Dockyard is currently under the management of the West End Development Corporation.

Experience the stories of Bermuda’s past—all housed in the island’s largest fort.