Memories are made of this

Objects as touchstones of memory

This paper was originally presented at the Department of Community and Cultural Affairs Bermudian Heartbeats event “ Memories are Made of This: Preserving Family Histories, Heirlooms and Artefacts”.

Archaeology is the study of the material culture of past societies to understand how they lived. Material culture is the physical “stuff” that people use to define their culture (objects, spaces, and resources). When archaeologists look at material culture we ask questions like what was it used for, who would have used the object, what does the object tell us about the time period it was made and used, and do we still use the object today?

Objects have a habit of accumulating life histories as they move through time. Each time someone interacts with an object, they build on to and add to the biography of that object. These biographies help us tell the stories of the people who made and used objects and the wider narrative of the historical events linked with people, places, and things.

Through my work at the National Museum of Bermuda, I’ve become acutely aware of the power that artefacts hold as vehicles for understanding and discussing history. They are powerful conduits through which we can discuss and understand ourselves, our relationships, and our history and they are touchstones that bring memory and history to life. I have come across a variety of objects that have captivated me and there have been objects which have hit me on a more personal level as well. We all have objects that hold a special place in our understandings of self and family and they are probably not on display in a public Museum…or maybe they are.

Memory Objects
Memory objects are special objects or personal belongings that elicit deliberate or involuntary memories of a homeland, home culture, important places, episodes in one’s own autobiographical past, and significant social relations (kin, friends, colleagues) associated with home or origin. The family photographs, documents, or heirlooms that are in our homes and which maybe get passed down to the next generation hold deeply personal stories of the generations that came before. What types of things become memory objects?

Can objects talk?
There is a wonderful book called The Comfort of Things, by Daniel Miller. In it, he presents portraits of thirty people, based on the stories they told through the objects they surrounded themselves with. The portraits were chosen from 100 interviews in a single street in London and they explore how people express themselves through their possessions and what those possessions can tell us about their lives. Through this research, Miller and Ph.D. student Fiona Parrott discovered that you can learn a lot about a person by asking them questions about the things they surround themselves with; family photos, ornaments, paintings, McDonald’s Happy Meal toys, CD and record collections, furniture.

It is a very interesting insight into how people relive memory through objects and the role that objects play in their daily lives. There’s one story, in particular, it concerns a little table in the living room of a woman named Elia. It was made by her grandfather, who died when she was 10 years old. She has photographs of him around the room and the little table is tucked into a corner of the room. Today, it has two roles, it reminds her of a beloved family member but it is also still used today by her own grandchildren. They are told where the table came from and who made it and I’m sure it will become rooted in memories they have of visiting their grandmother, in Elia’s words it “unites her family across four generations”.

Objects and Museums
Objects are powerful vehicles for discussing history and are often central to Museum exhibits. The world’s oldest known museum was established in 500BC (2,500 years ago). The archaeological data collected at the site suggest that the museum housed a princess’s collection of Mesopotamian antiquities. Early museums began as private collections of wealthy individuals or families and had collections that represented the “extraordinary or rare”. Whereas, today’s museums are mostly public institutions that have collecting policies that are guided by the museum’s mandate and core values. But how do objects become a part of a museum collection? There are a number of different ways that museums can acquire objects—they may be purchased, donated, or found through archaeological research.

How do archaeological objects enter a museum’s collection?

How do objects collect family stories?

Each of these avenues can provide different kinds of object information and documentation is key to understanding an object’s life history. If an object is archaeologically recovered much of its individual early history may be lost. The information we gather from historical accounts or other artefacts associated with the object can tell us more about the original owner, but the original owner’s memories of that object are often long gone. Conversely, family objects that are donated to a Museum can have numerous stories attached to them and it can be a challenge capturing all of the histories and memories connected with these objects.

Over the years there has been a shift in the role of museums and what they collect. The National Museum of Bermuda for example started as the Bermuda Maritime Museum and consequently, our collections contain a large number of maritime-related objects that reflect our early collecting policy. When we became the National Museum of Bermuda we expanded our collecting scope and now house objects related to all facets of Bermuda’s history. As museums continue to evolve we have seen a shift in the role they are playing in society, they are becoming community spaces for open exploration of history and self-reflection. At their core, they are also repositories for both objects and memory.

From the NMB Collections
I am going to share two stories told through objects currently in the National Museum of Bermuda’s collection.

The first is an American Red Cross Nurses Badge, which belonged to Cassie White. 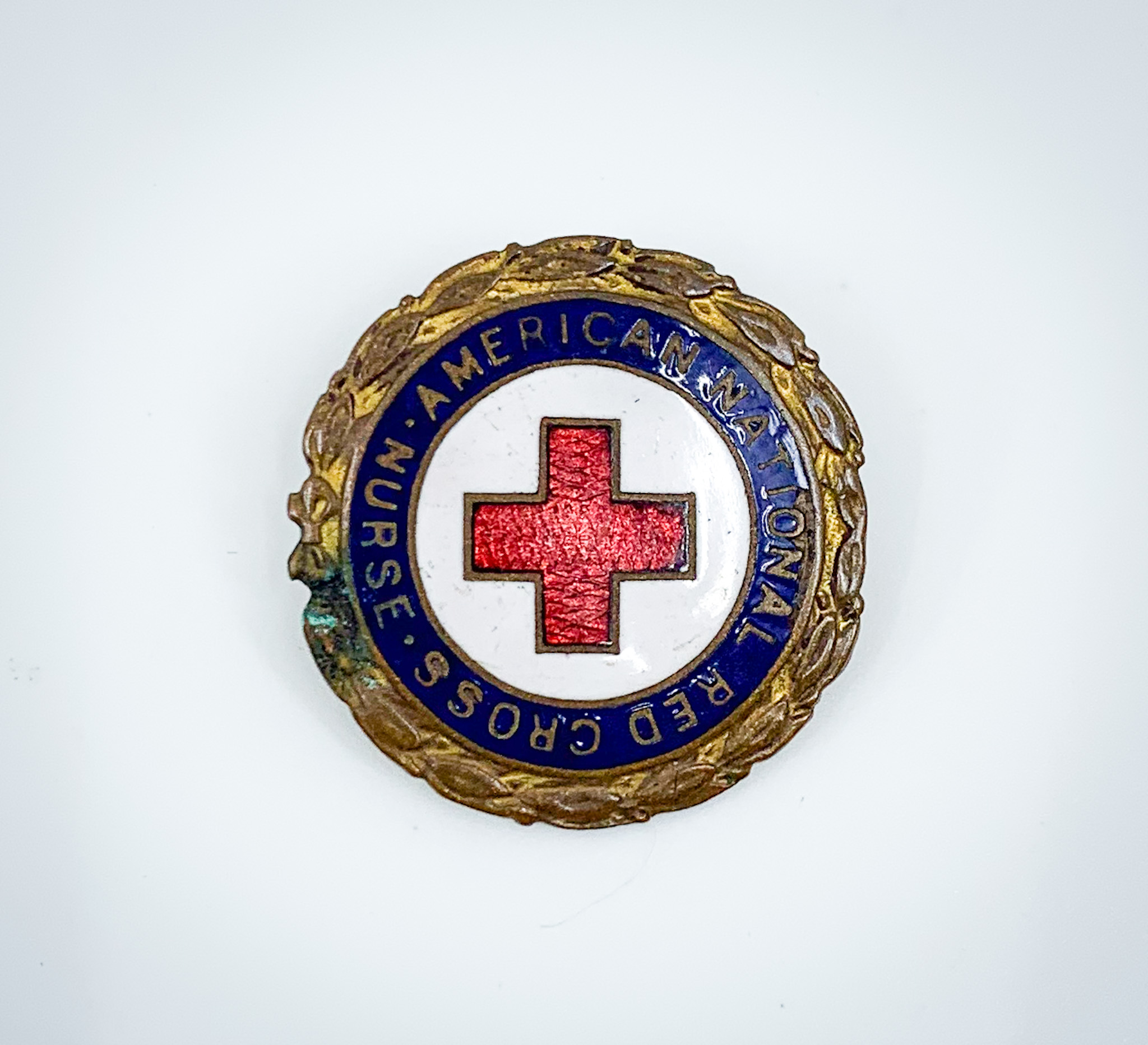 In 1914, Cassie White was 25 years old and halfway through her nursing training in New York. Four years later, after completing her training, White was headed to the frontlines in France with the American Red Cross. She was one of 20,000 registered nurses with the American Red Cross who served in the military, and one of over 500 Bermudians who served in the First World War. 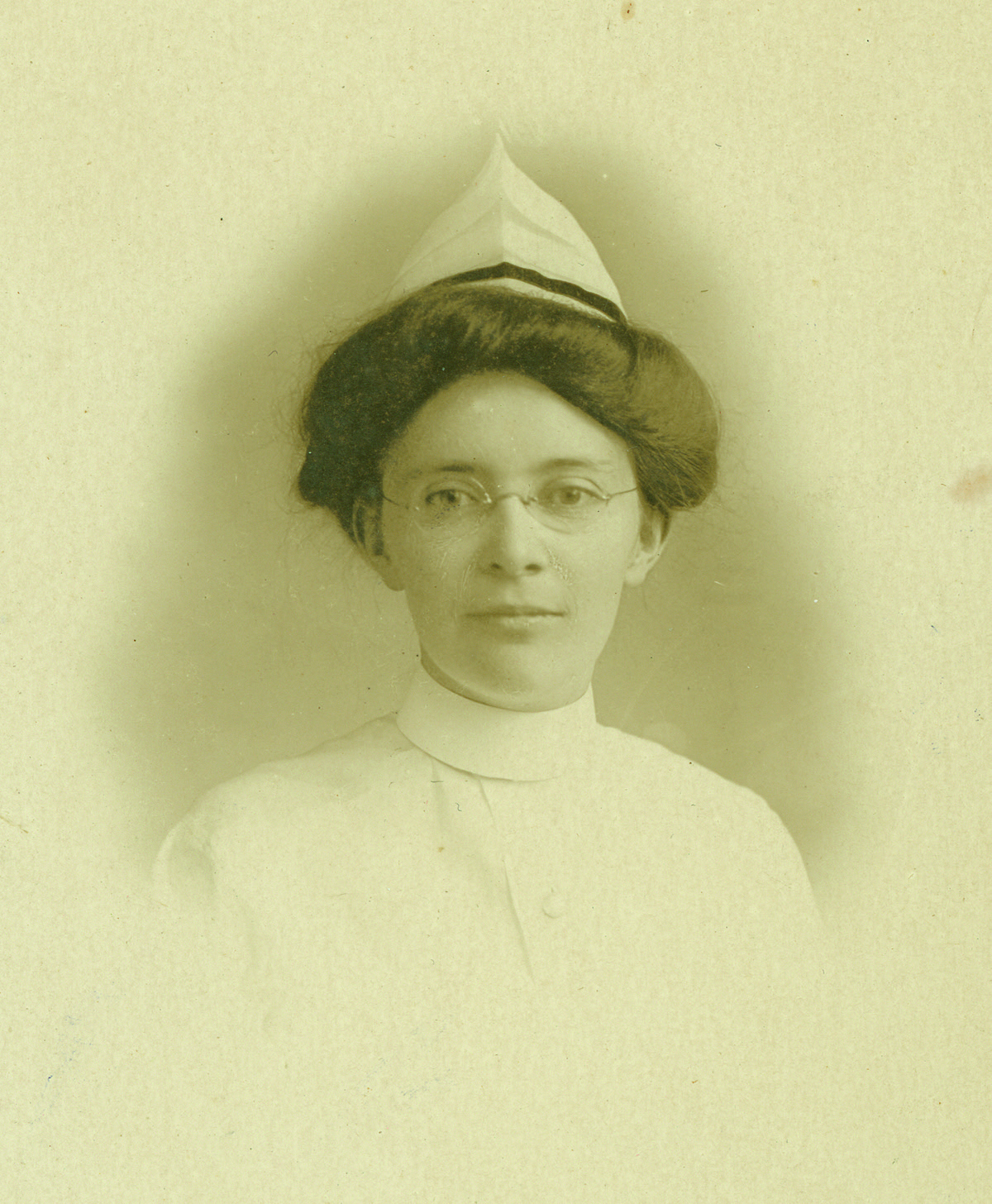 White’s younger brother, Private Walter A. White, was also on the frontlines with the Bermuda Volunteer Rifle Corps. Barely two months after she arrived, White was told that her brother had been killed in action. She threw herself into her work and was soon promoted to Chief Nurse of the Evacuation Hospital Unit, which was the first stop for soldiers wounded at the front. 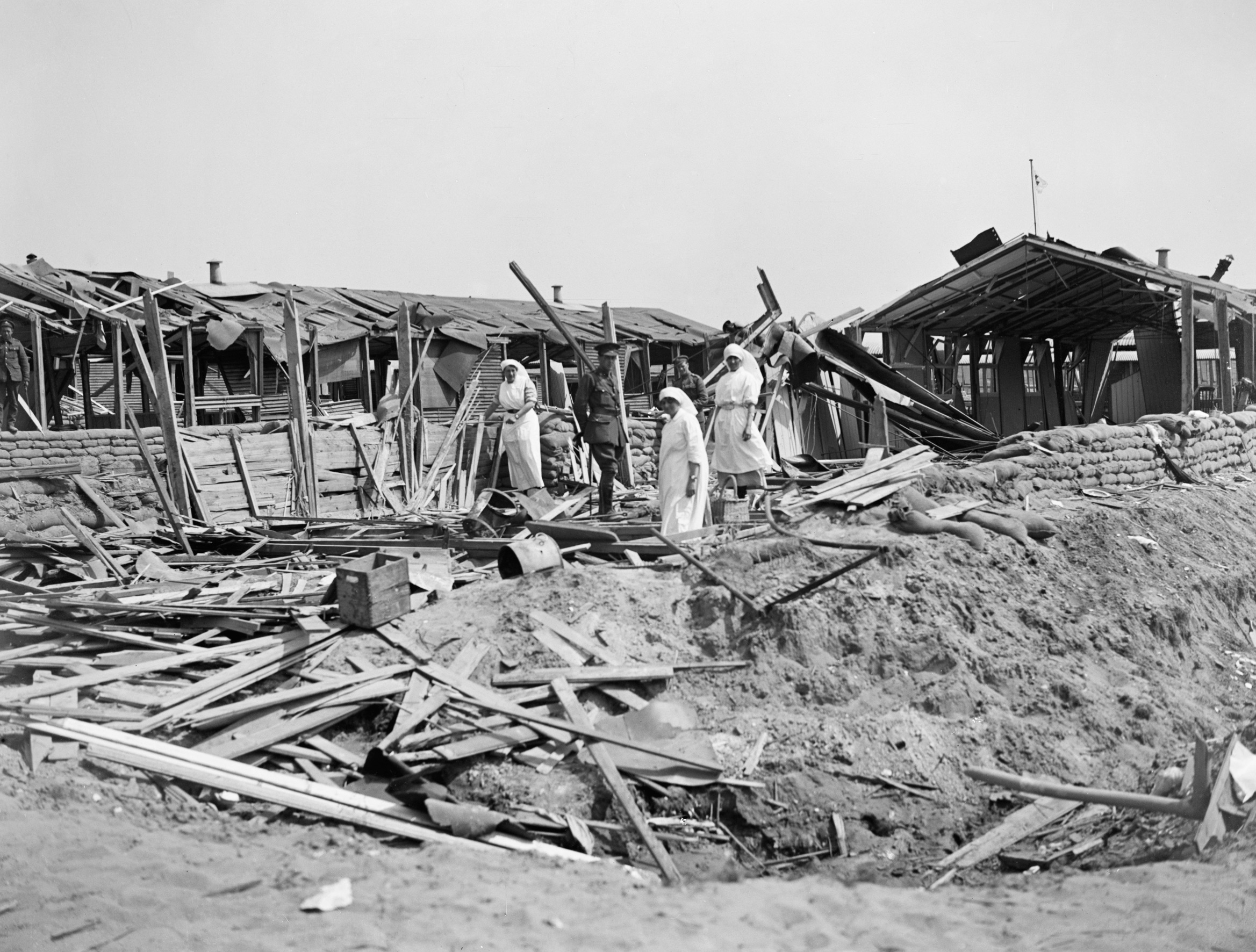 Nurses on the front worked up to 20 hours a day with meagre food and water rations and were under constant threat of shellfire. White and her fellow nurses assisted with dressings and amputations, moved hundreds of patients out of the line of fire, and buried the dead. Written while on active duty during the First World War, White’s memoir details what life was like for nurses on the frontlines and includes accounts of German attacks. 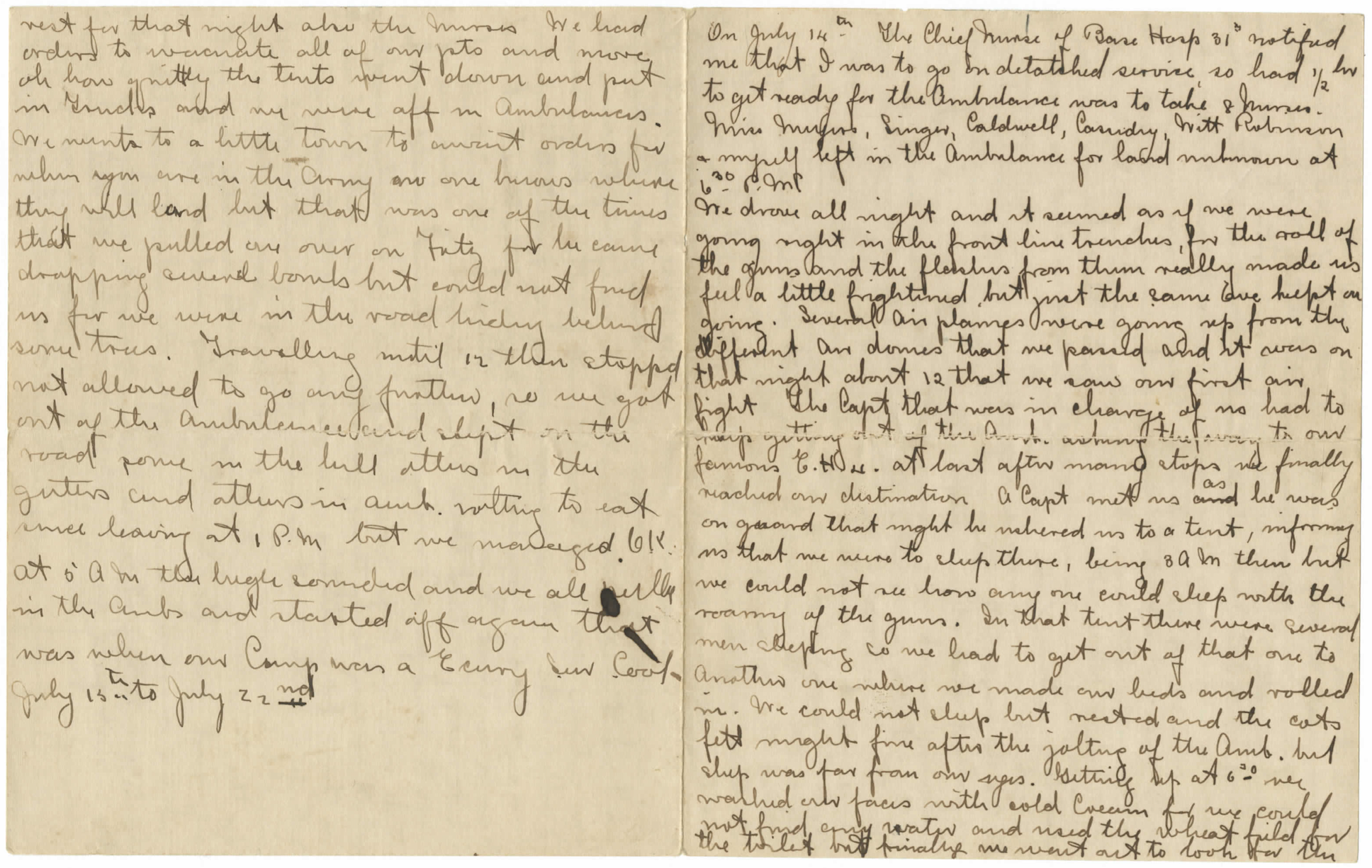 White was awarded the Military Medal by the US Army for distinguished bravery, which is currently on display in the Defence Heritage exhibit in Commissioner’s House.

The next story is going to start with a pair of brass binoculars. They were made by WM Senter & Co in the US in the mid to late 1800s. A little research into the manufacturer tells us that William Senter was a silversmith, jeweler, and watchmaker who operated in Portland Maine, in the 1800s (c. 1869-1888). So far this is very basic information with no Bermuda context, perhaps of interest only to historians of instruments.

But our connection to the object deepens when we learn from the object donor that this expensive instrument belonged to a Bermudian pilot. Pilots were experienced local coastal navigators who guided visiting and local ships through the difficult approaches to Bermuda. The safe handling of sailing ships and naval vessels, in all sorts of weather, required an intimate knowledge of the shoals, reefs and currents and versatile knowledge of ship handling. Many pilots and their crews were enslaved and free men of African, Native American, and mixed descent and considered to be Bermuda’s most talented marine navigators.  Piloting provided enslaved crew members and pilots with the financial means to purchase their freedom and that of their families. 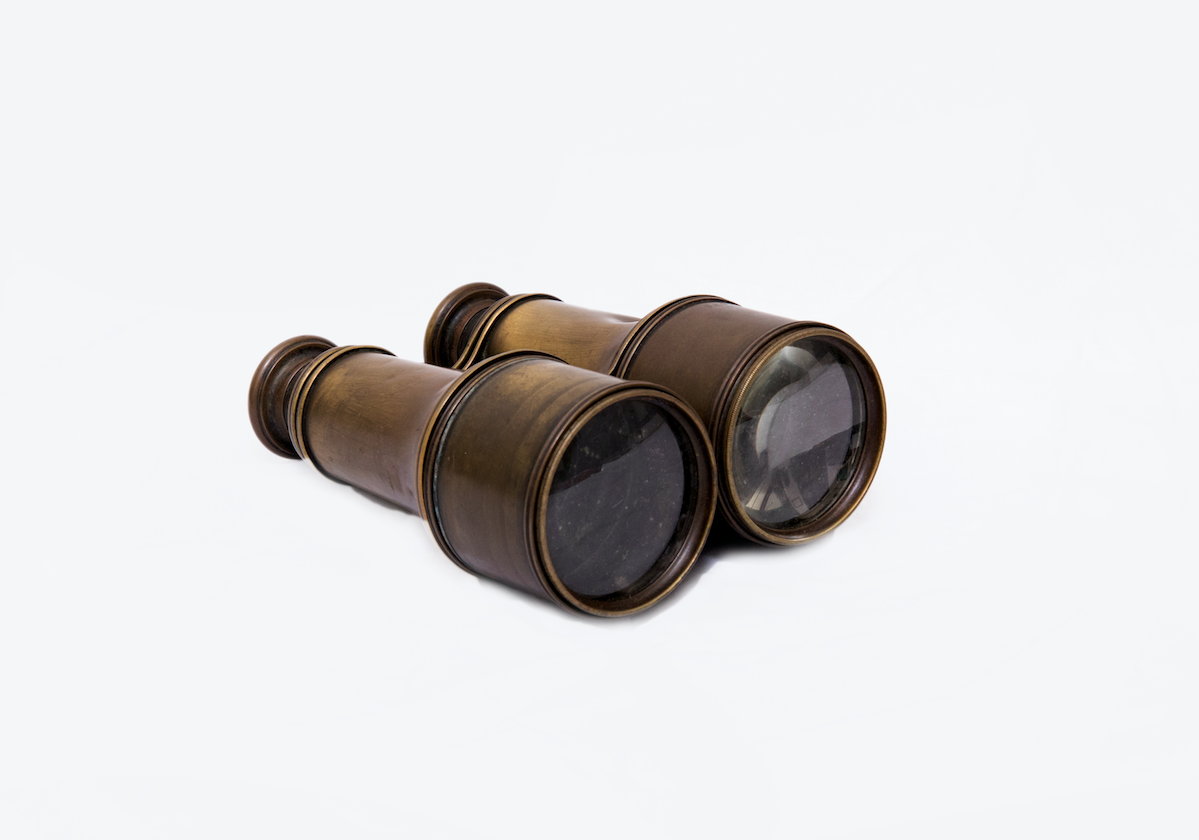 And because the binoculars have passed down for generations in the same family, they carry the family memory and history with them, and this connects us to the lived experience of the past. The binoculars belonged to Branch Pilot Stephen Benjamin Richardson and were donated to the Museum by his descendants. Richardson lived in St. George’s and was born in 1801, he was a highly skilled branch pilot and his binoculars were used when keeping an eye out for incoming vessels. On his death in 1879, Pilot Richardson was described as “the oldest and one of the most skillful Branch Pilots of these Islands”. Three of his sons became pilots and these binoculars were passed to his son Pilot George Richardson. 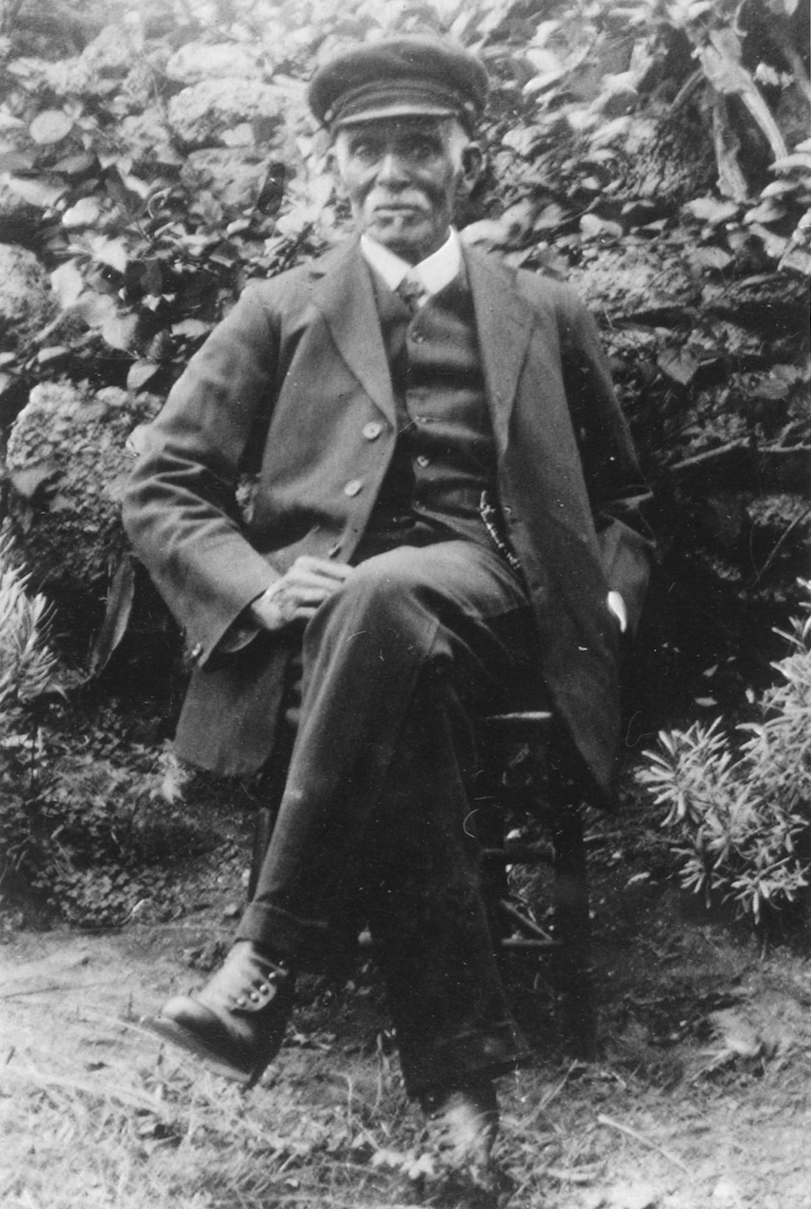 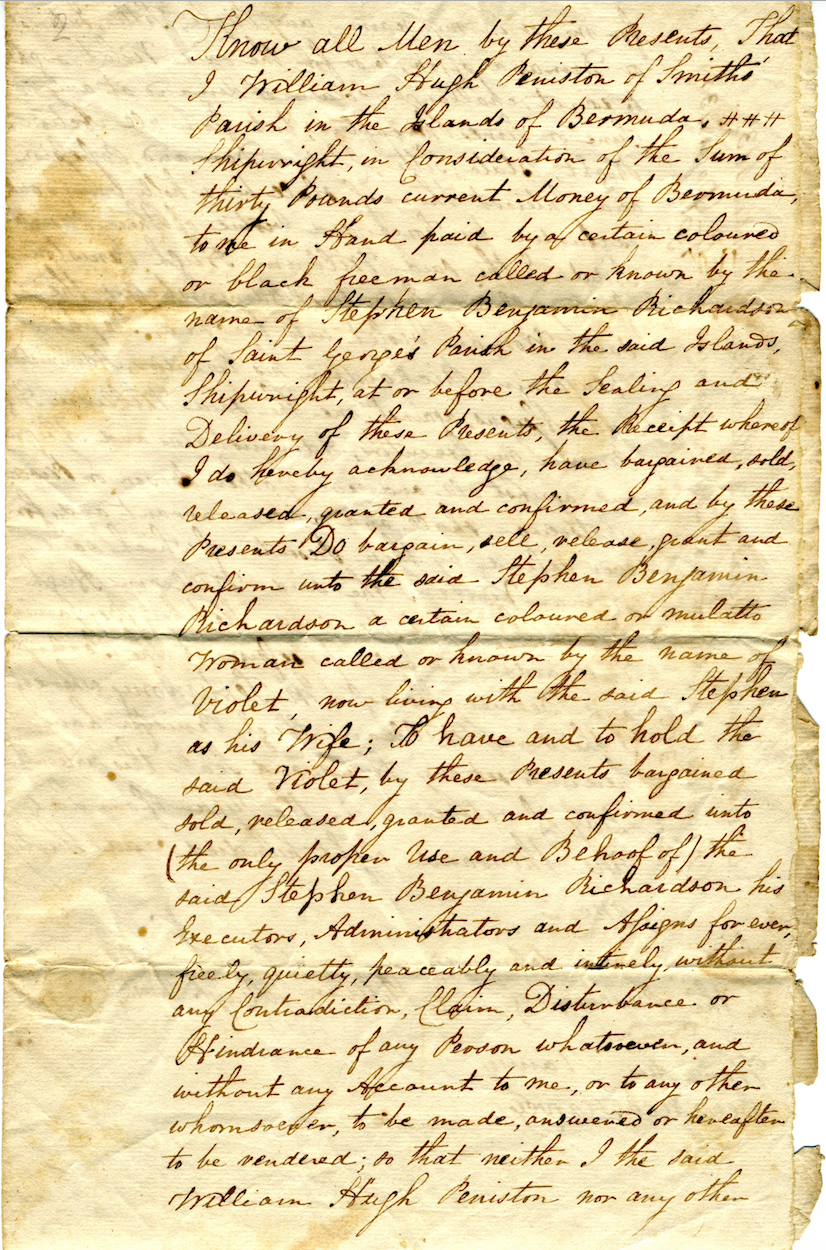 I’d like you to think about the objects that you have in your home that may have stories or memories connected with them. I’m sure many of you can think of one or two.

These objects are incredibly powerful conduits for telling not only an individual or family’s story but also Bermuda’s history. At the Museum we preserve not only the objects themselves but also the stories associated with them. In fact, when we receive objects one of the first things we ask for is the object’s story. Where did it come from? Who used it? What does it mean to you? Both the objects and their life histories are carefully preserved at the Museum, as I said earlier we are not only a repository of objects but also a repository for memory as well.