Reconnect this vignette from The Hall of History mural on display in Commissioner’s House.

Can you spot the Bermuda Railway in the image? Built in the late 1920s, the Bermuda Railway was a privately-funded construction project aimed at providing public transportation at a time when cars were banned by law. Train service began in October 1931 and linked Somerset to St. George’s via 22 miles of track and 33 bridges. Dubbed the “Old Rattle and Shake” the Railway was eventually shut down in 1948. Sections of the old railway track were preserved as the Bermuda Railway Trail and can be used for hiking and biking. 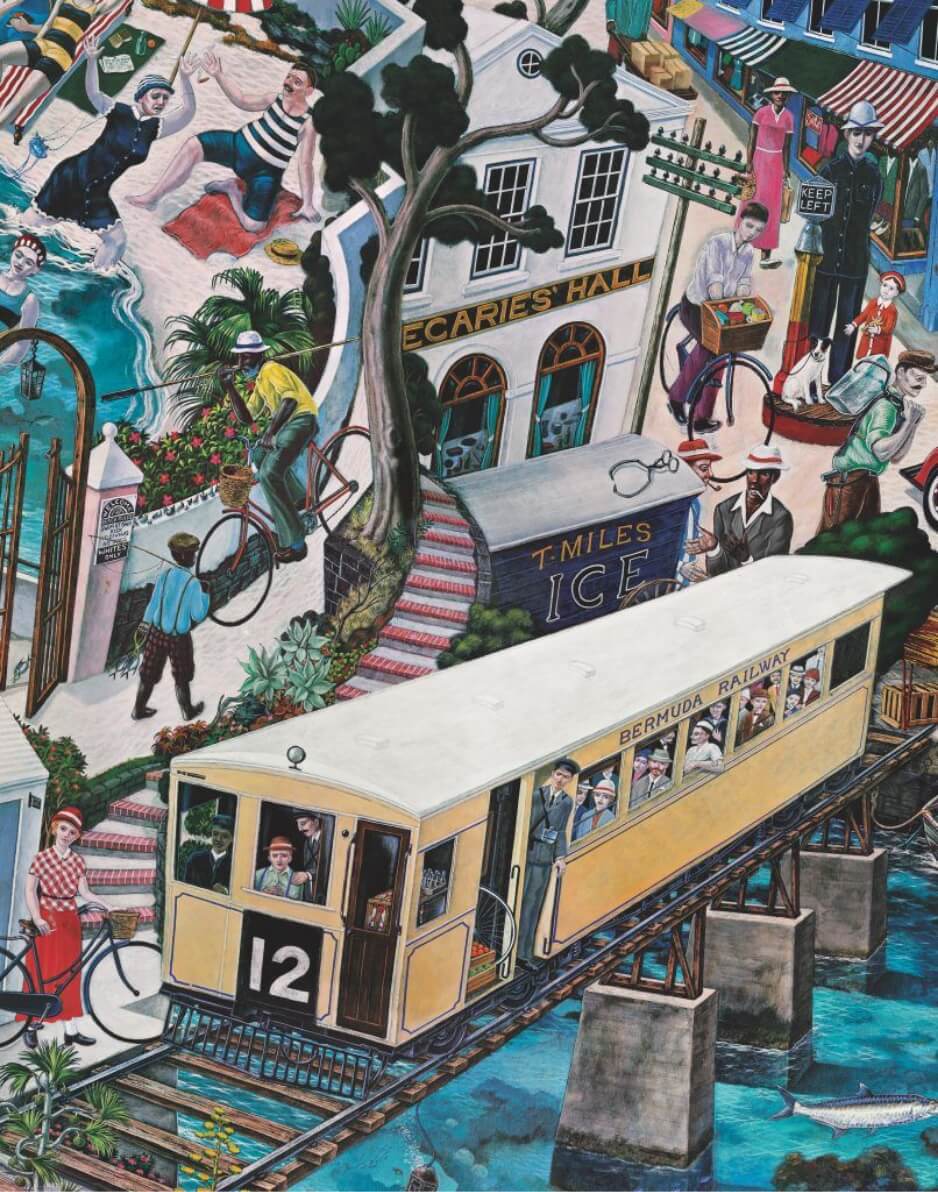