In October, the National Museum of Bermuda (NMB) and Mrs. Joy Grundy invited local students to participate in a new photography contest, The Dr. Reg Grundy Annual Youth Photography Competition. The competition was an opportunity for the next generation of photographers to demonstrate their appreciation for Bermuda’s natural and cultural environment in memory of Dr. Grundy.

Open to all local photography enthusiasts aged 7-18, the competition asked students to photograph a theme of interest: Bermuda Life, Bermuda Buildings or Bermuda Wildlife/Nature, and capture their chosen theme using a smartphone or digital camera. 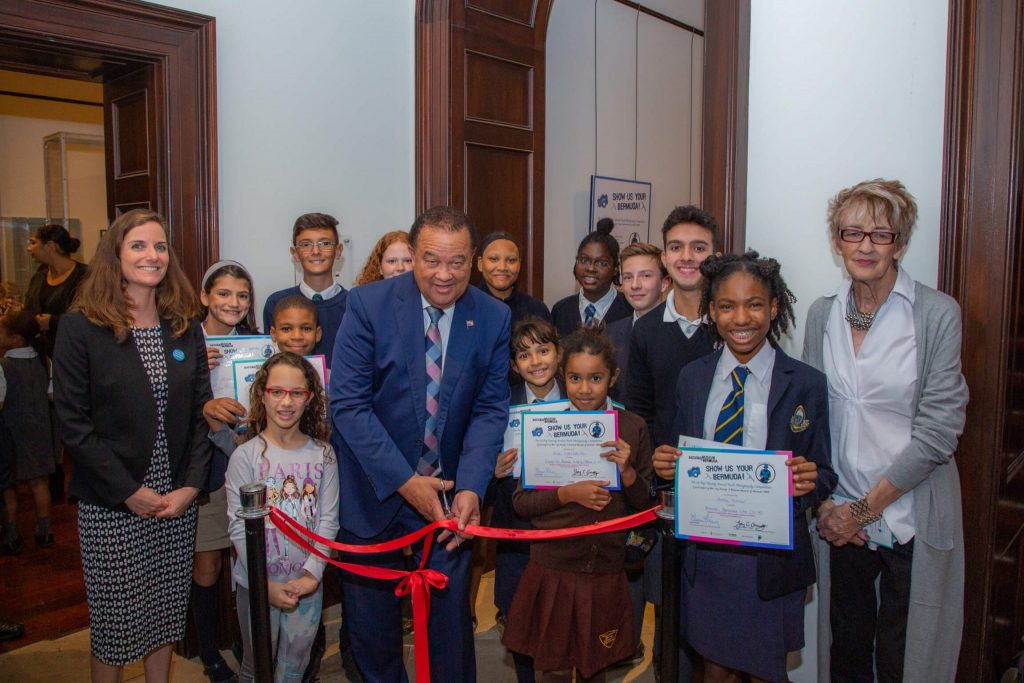 As an Australian-Bermudian, Grundy cherished his island home and was enchanted by the Bermuda Longtail for the last 35 years of his life. He spent long hours photographing Longtails on the cliffs of Astwood Park, from his boat in Castle Harbour or up at St. David’s Battery, with the camera raised, peering out to sea. His enthusiasm for wildlife photography took him to every continent, searching for the ‘right shot’ with his wife, Joy (néeChambers), the well-known author, at his side.

When asked about the competition, Mrs. Grundy said: “It brings to life one of my husband Reg’s dreams. He had envisioned this for years and now at last it is real.  Reg was happiest out in a boat on Castle Harbour, camera in hand, looking skywards to capture the endless orbits of his favourite bird, the Longtail. Yet he did not photograph the Longtail exclusively, he made photographs of everything which interested him.  Reg believed, as I do, that a photographic competition for school children would encourage them to observe and investigate the wonder and beauty of Bermuda, help them learn patience, and enable them to appreciate our island home and the people around us.”

Prizes included Iron Kids accounts at Clarien Bank, gift certificates at Phoenix Stores, and a CANON EOS REBEL T7 DSLR camera, which was awarded to the ‘Best in Show’ winner. In addition to individual prizes, Heron Bay Primary, the school with the most submissions, received a $1,500 gift certificate to AF Smith. Winning entries are currently on display at Commissioner’s House, NMB, and will be published in the next issue of MARITimes.