A Bermuda icon, the Commissioner’s House sits in the centre of the National Museum of Bermuda (NMB), dominating the Dockyard skyline and commanding sweeping views of the sea. Recently, the House has undergone extensive restoration and repair of its verandah and historic cast iron columns. After six months of closure, the upper verandah of the House has reopened!

Commissioner’s House was built as part of the massive Bermuda Dockyard, which was established by the British to cater to the Royal Navy’s North America and West Indies Squadron following Britain’s loss of most of the North American seaboard in the American Revolution. 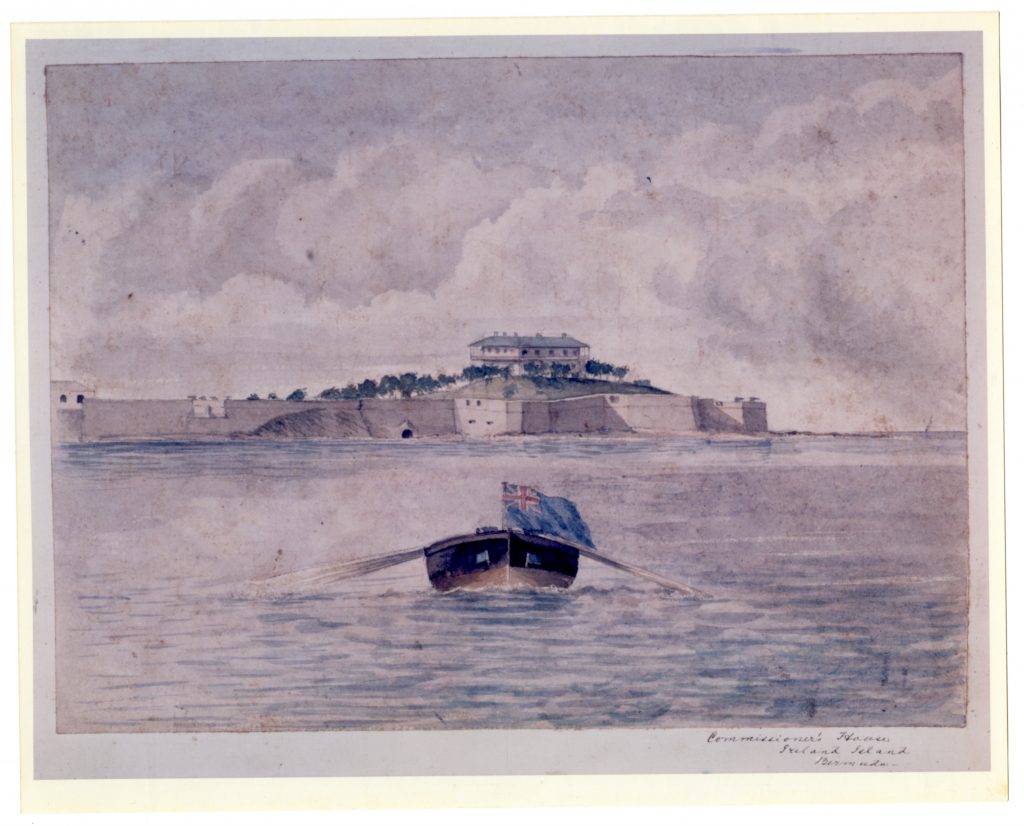 Commissioner’s House in the 19th century

Constructed of hard Bermuda stone, with an unusual prefabricated cast iron frame, and wrap-around verandahs, the House was built between 1823 and 1827 by free and enslaved local labour and British and Irish convicts. Designed around a central lightwell to maximise cooling air circulation, the enormous structure served as the residence of the Commissioner managing the Dockyard for only 10 years before conversion to a barracks for the Royal Marines.

During the 20th century, the House was taken over by the Royal Navy as a “stone frigate” or shore establishment, and formally commissioned as a ship—HMS Malabar. From 1939 to 1945 it was the Allied headquarters for North Atlantic submarine radio interception, playing a vital role in Allied victory in the Battle of the Atlantic. After the war it fell into disrepair and was rescued by the Museum which undertook an award-winning restoration and re-opened the House to the public in 2000. 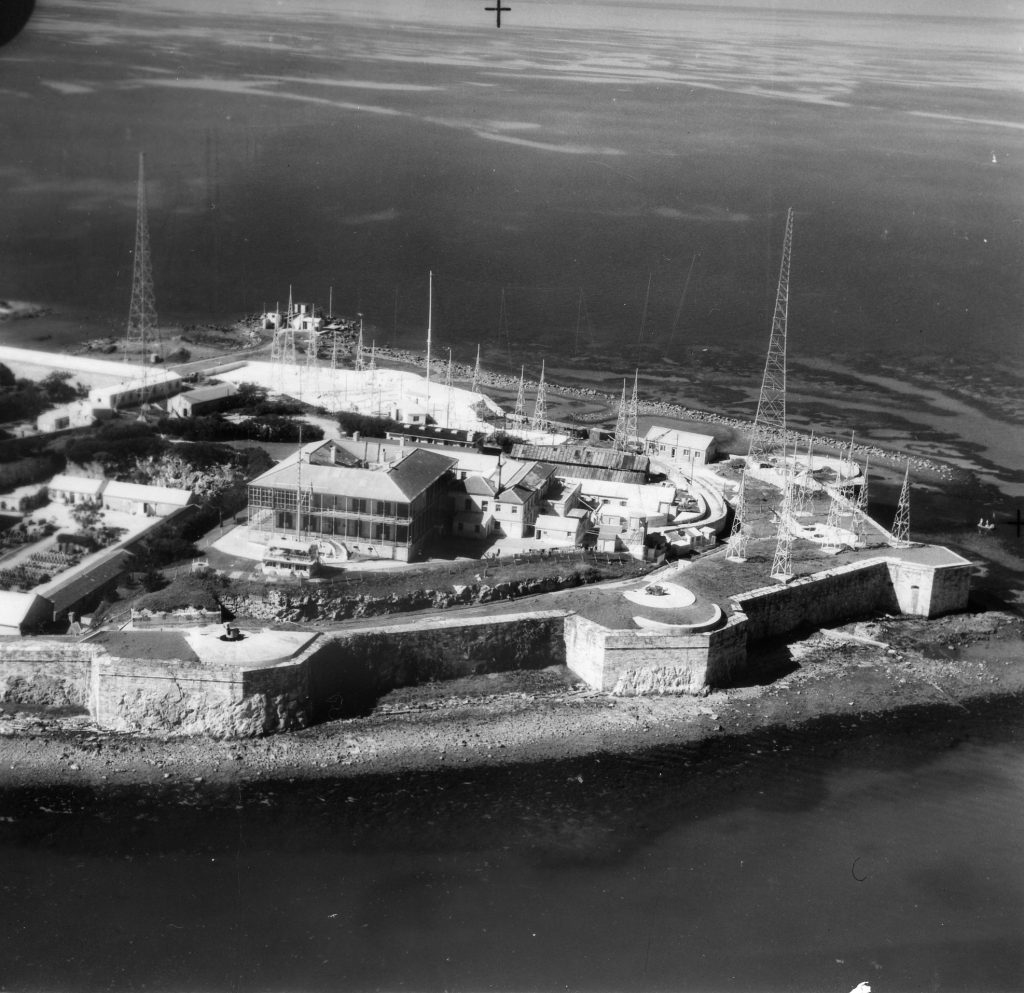 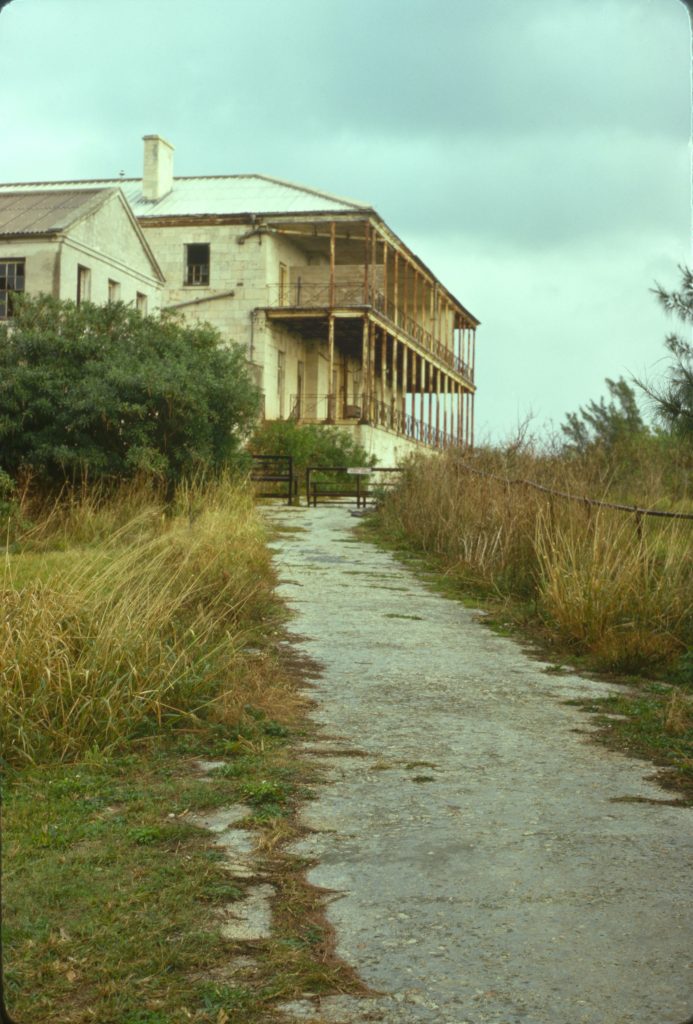 Commissioner’s House is one of NMB’s largest artefacts and like other objects in the collection, it requires consistent monitoring, care and conservation.  Bermuda’s salt-laden and humid air provides prime rust conditions and takes a toll on the historic cast iron elements. To ensure the long-term preservation and on-going public enjoyment, the House’s dark red columns—78 in number—were sand blasted and treated with a rust-inhibiting coating and repaired as necessary.  300ft of cast iron fascia and railings and the modern steel beams supporting the non-historic verandah floor all underwent the same treatment.  At the same time, the entire non-historic concrete verandah was replaced, the 36 prefabricated concrete slabs with stretched steel (which were installed in the 90s) were no match for Bermuda’s environment. The failing slabs were replaced with 95 cubic yards of concrete, completing the renovation.

With the freshly painted ironwork framing the glorious views from the verandah, the Commissioner’s House is ready for the summer season and to welcome local and overseas visitors. It is also now well-prepared to endure the next few decades of salt spray and hurricane winds. 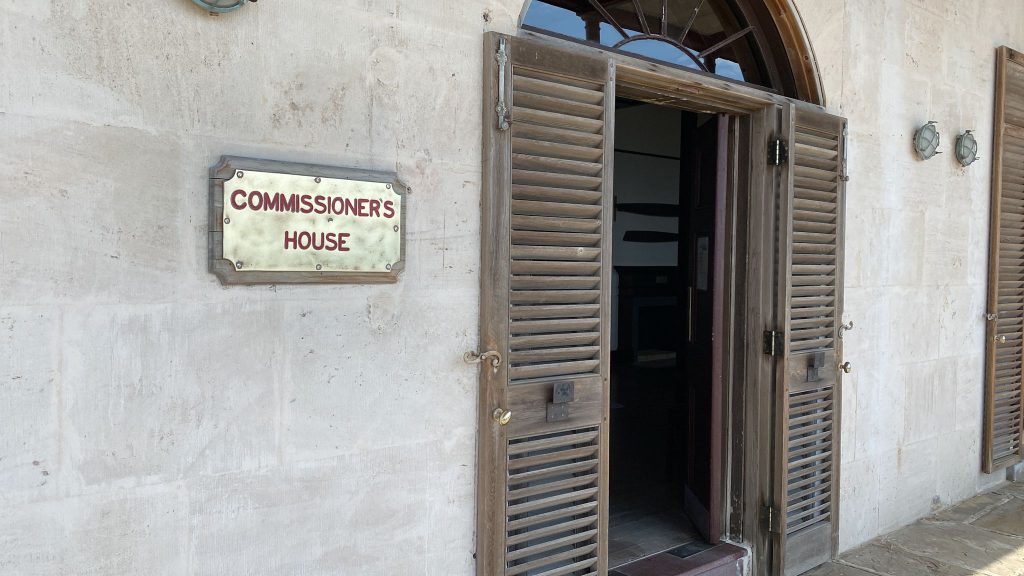 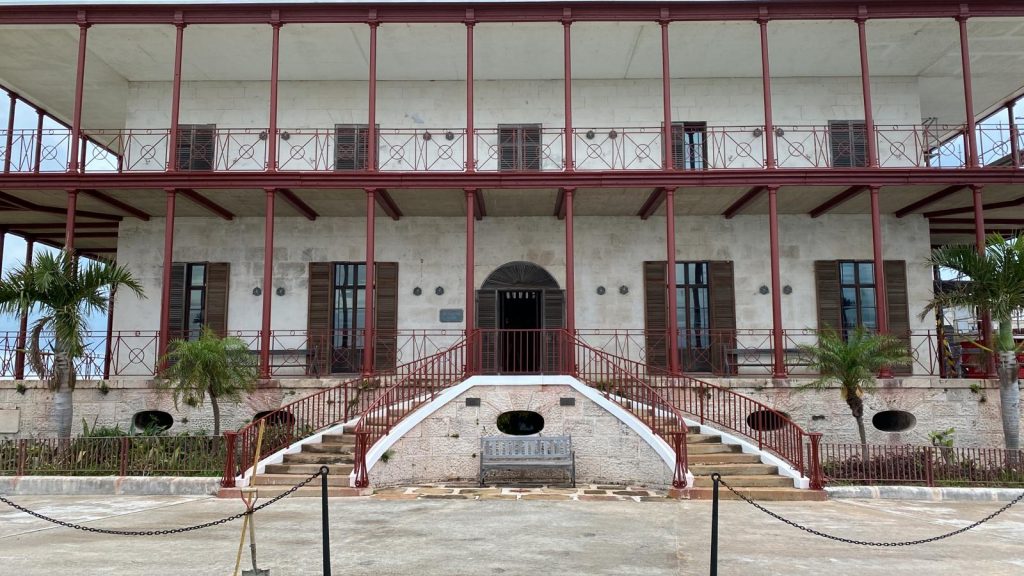 Visit the House at its best and explore the National Museum’s latest installation: Bermudian artist Gherdai Hassell’s exhibition Traces & Pastimes. This is part of our international award-winning community education programme Tracing Our Roots/Routes which provides the tools and strategies to research and document your family history. 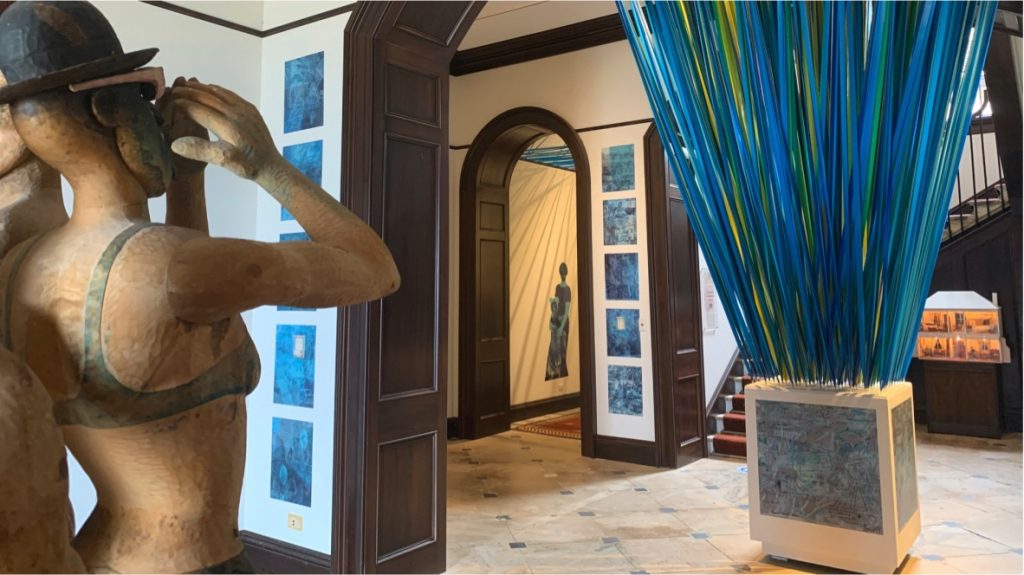 Take a little more time and browse other exhibits in the House on the diverse origins and experiences of Bermuda’s people, the rise of the tourism economy and Bermuda’s defence heritage.  And don’t miss the pièce de résistance: local artist Graham Foster’s stunning floor-to-ceiling mural in the rear stairwell which traces the 500-year human history of Bermuda with vibrant detail, irreverent humour and poignant observations. 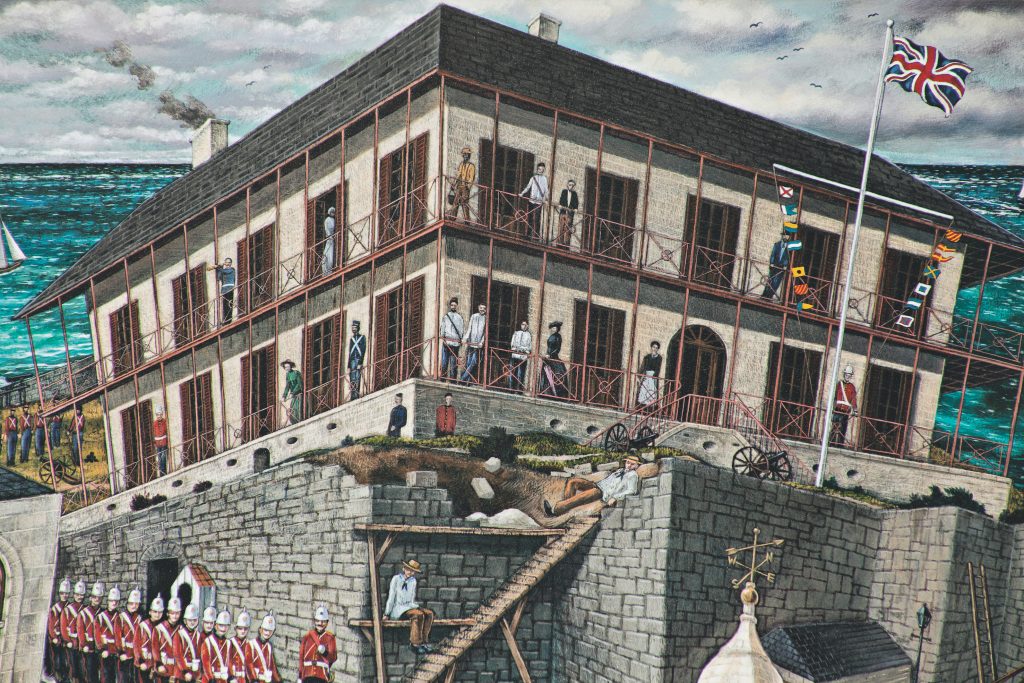