How we keep a close watch on potentially dangerous artefacts

To many people, any mention of radioactive emissions is a reminder of war, illness, and alternative energies. The scientists among us are able to define radioactivity as “the property possessed by some elements or isotopes of spontaneously emitting energetic particles by the disintegration of their atomic nuclei”.

They can expound upon alpha, beta, and gamma rays, explain half-lives and radiocarbon dating, and discuss how should you find yourself eating 274 bananas a day, you will suffer from chronic symptoms of radiation poisoning after seven years. However, in the context of heritage and material culture two questions are pertinent: how have significantly radioactive materials been used in the past? And how do we safely manage these materials in the present day?

Radioactivity was discovered at the turn of the 20th century during the study of x-rays and fluorescing materials. Henri Becquerel, Wilhelm Roentgen, and – most famously – Marie and Pierre Curie contributed to early study. It did not take long for industry to capitalize on the properties of materials such as radium, with the first United States Radium factory built in 1917. 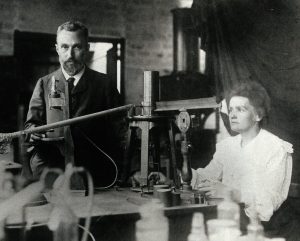 Pierre and Marie Curie in the laboratory, c. 1904.

Irradiating materials were even used prior to the discovery and refinement of radiation. Minerals can be accompanied by radioactive elements; a fact to be carefully considered by natural history museums. Additionally, in the 18thand early 19thcenturies, uranium compounds were used as a green colorant for glass and, later, orange-red ceramic Fiesta tableware.

Other unexpected uses of the glowing paint included chamber pot lids, light switches, doorknobs, and religious statues. By the 1920s, “Radium Water”, “Radithor” radium salts, toothpastes such as “Doramad Radioactive Toothpaste”, radioactive bathwater, and even Uranium sands were sadly and ironically consumed and used as health invigorators. The most common commercial use was for luminous paint. 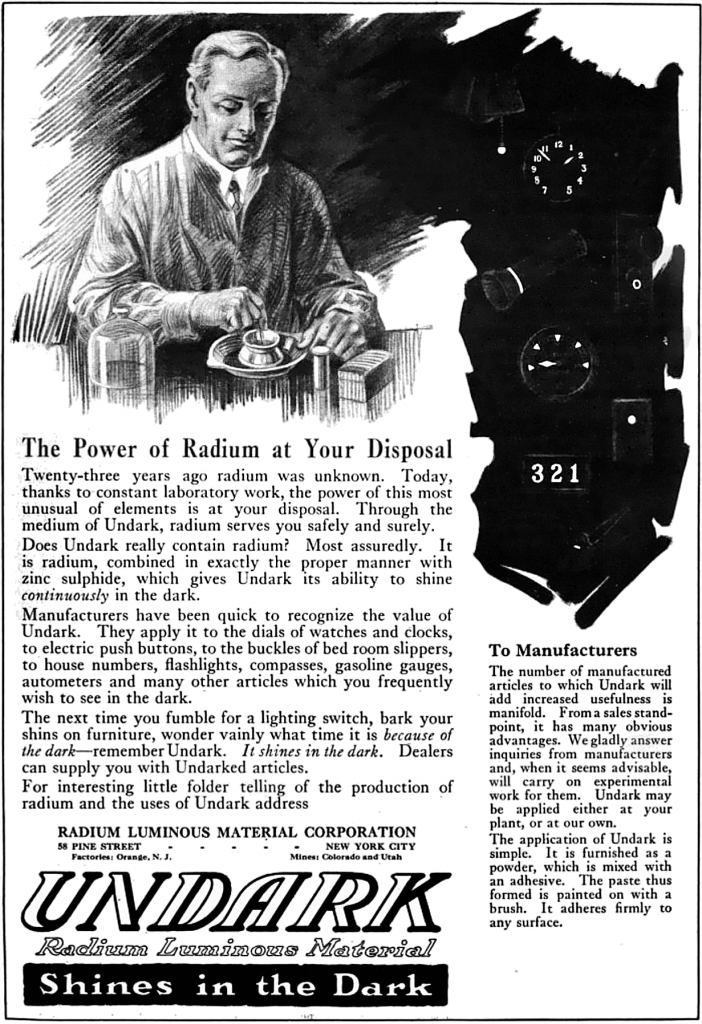 A number of books and articles have been written about the truly tragic misfortunes of the “Radium Girls” of the 20s and 30s, who sucked their brushes to achieve a perfect point to paint glowing watch dials. 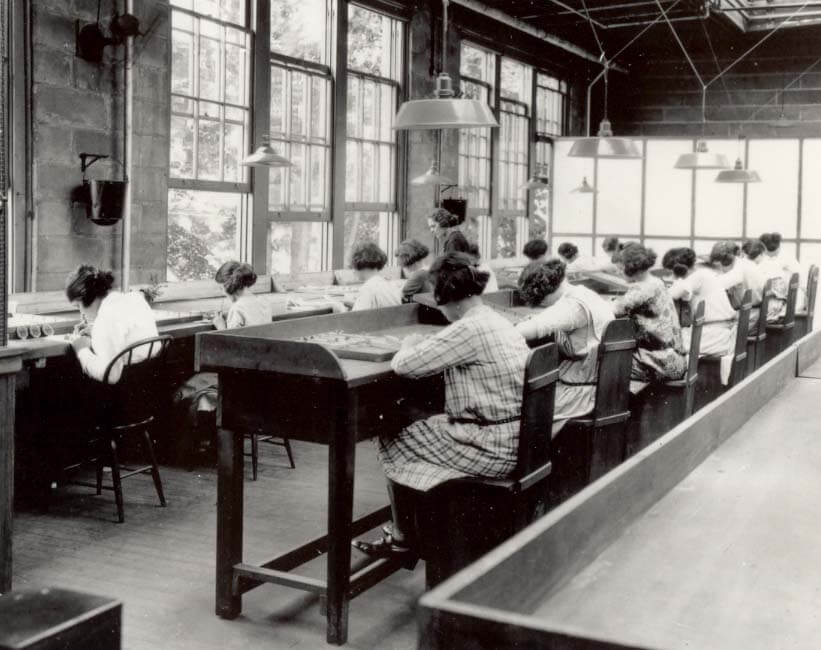 The National Museum holds several relevant objects, as radioactive paint was also used for tools of navigation, such as compasses, gauges, and buoys. Compasses like this were designed with luminescing elements to aid in visibility. Although the paint has now lost the ability to glow it still produces low levels of radiation. 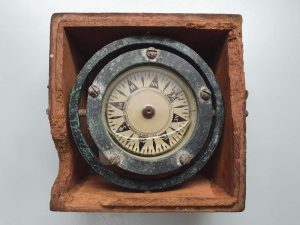 How do we identify potentially dangerous artefacts? One may make a reasonable guess based on the type of object, whether it luminesces, and the date of production. However, the glowing effect may have diminished over time, and objects often arrive with only part of their history. Therefore, the safest course of action is to regularly test using a Geiger counter or scintillator. At the National Museum, we abide by the legal standards as well as an internal one. Any objects that are found to emit radiation are clearly labelled and housed in a concrete room inside of a metal cabinet. Access is extremely restricted. 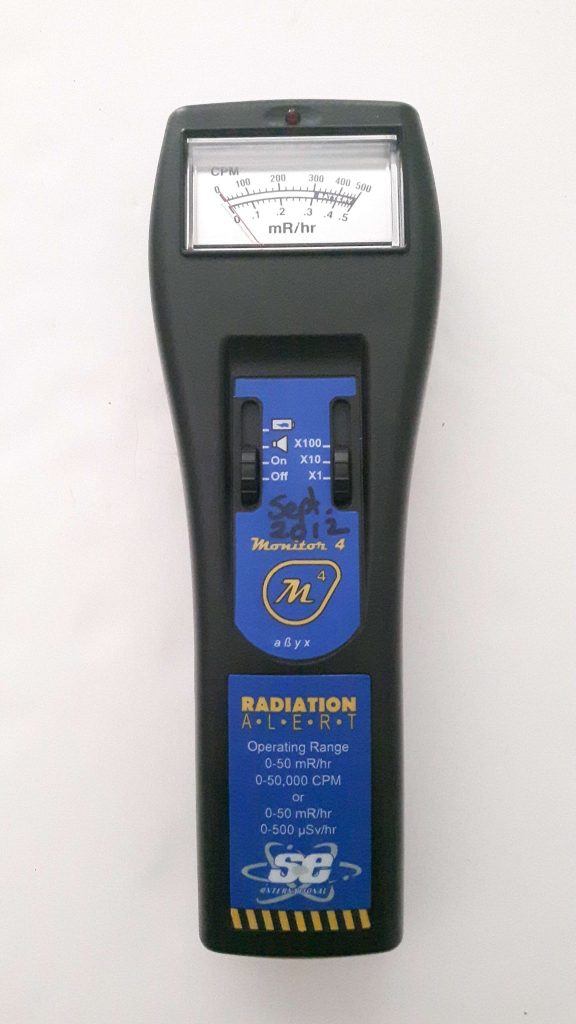 The levels of radiation that we have detected in the collection are still considered to be incredibly low. We do not have any radiation-emitting objects on display as the safety of Museum visitors is our priority. However, this safe storage and maintenance remind us of the short but pronounced impact radium, cesarium, uranium, and other elements have had on history.