From the collection: Bermuda Post Cards, the original DM

As an intern at the Museum, one of my roles is to assist with exhibit installation and maintenance. Recently, I assisted NMB Conservator Zoe Brady with the reinstallation of 50 postcards currently on display in the History of Tourism room. As we curated the postcards, I noticed the images on the front and handwritten messages on the back and realised that postcards play a very different function for me than they did for those who originally sent the postcards we were examining. As an art history student, over the years I have collected them as a cheap alternative to prints of artwork I liked, but I have never used them as a form of communication.

The 20th century version of a DM, a direct message usually sent through social media, or text message, postcards were cheap and quick to send and at the time made communicating easier than ever. The people who had sent the historic postcards in the Museum’s collection were using them when they were the most popular means of communication during the late 19th and early 20th century. Today these same postcards are now sought after by collectors and researchers for the imagery depicted on them and sometimes the messages still preserved on the back. Take this postcard for example, published in 1901, the image on the front depicts Government House Road and the message on the back, written by a visitor to Bermuda pre motor car, reads:

“Dear Rob, you would love this place. Quaintness and quiet. No motors, no trains, no trolleys, only victorias to get about in. The sea a brilliant green in spots. It is warm with little change at night. Flowers blooming and birds singing like true spring. I took this road in walking to see Rosalie 5 miles off. They have a bungalow. All the houses are brilliant white-washed lime stone and the roofs catch the rain which is the only water supply. Love and write soon. 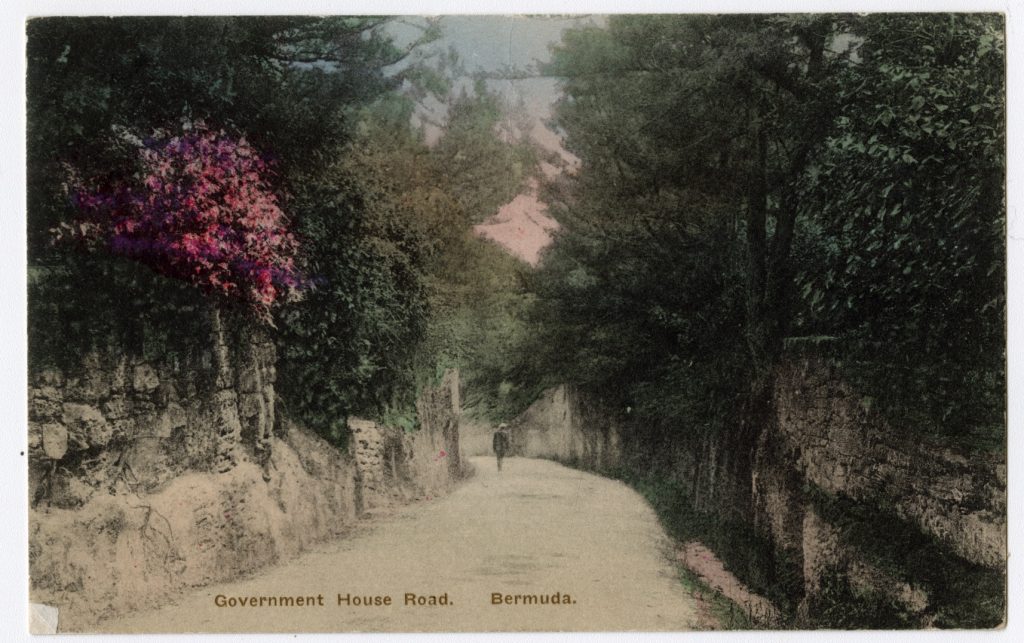 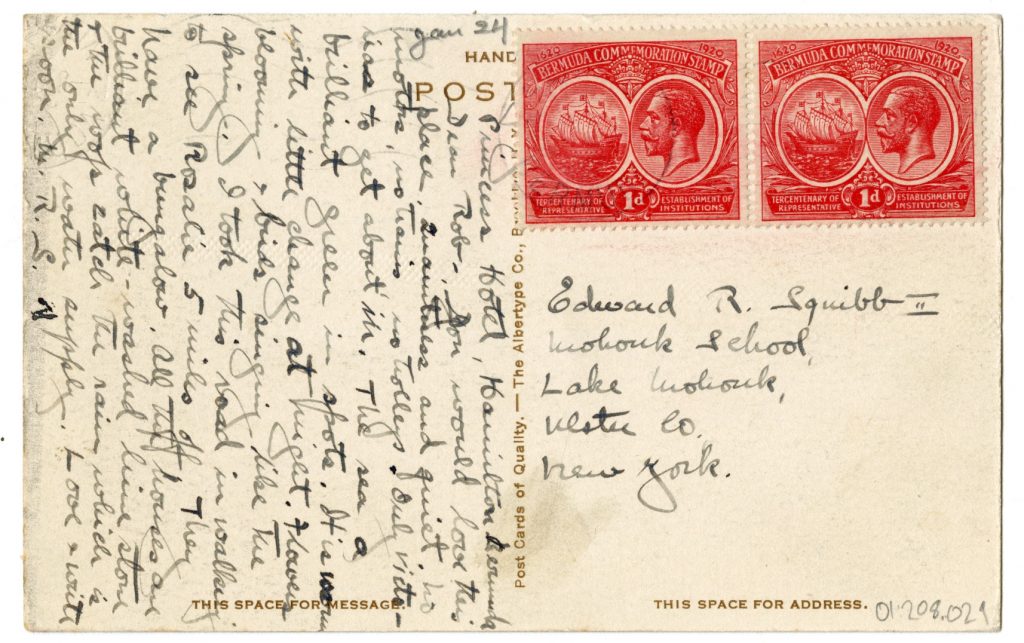 As I looked through the collection, I realised I didn’t know much about the history of postcards, and decided to look into a bit more to see what I could uncover about how postcards came to be the primary means of communication during the 19th and 20th century. An early concept of the postcard first appeared in France in 1777 when French engraver Demaison created a sheet of cards meant to be sent amongst members of the French upper class. The idea ultimately fizzled out as the upper class feared their servants would read their messages.

It would take another six decades and a postal reform in the UK, which established prepaid domestic mail delivery, postage stamps and decorated prepaid letter sheets to lay the foundations for the postcard as we know it today.

Across the Atlantic in 1861, John P. Charlton copyrighted the postcard design in the United States and that same year the U.S. Congress passed an act that allowed privately printed postcards to be sent in the mail. Four years later, in 1865 Dr. Heinrich von Stephan, a Prussian postal official began making postcards with the first one being sent out in 1869. These early designs included a designated space for a message and the recipient’s address but had no imagery. When the Franco-Prussian war broke out in 1870, the government issues postcards were distributed to soldiers as a cheap way to send messages home during the war. 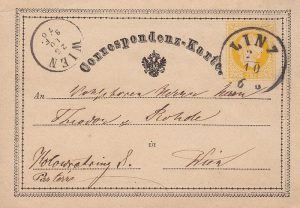 The same year John P. Charlton sold the rights to his postcard design to Hymen L. Lipman and they were re-marketed as “Lipman’s Postal Cards”. 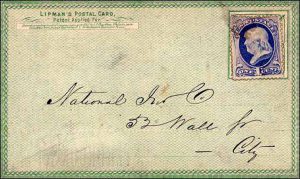 Realising there was a growing market in postcards, the U.S. government passed legislation in 1872 that approved government produced postal cards and began issuing cards in 1873. Like the postcards that had come before, they included no imagery and had one side designated for a message and the other for the recipient’s address. 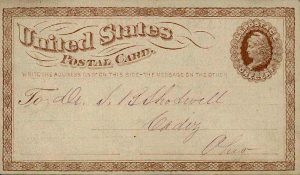 Postcards with images began to appear in the 1870s in France and included small sketches or designs on the side where the sender would include a message. Initially black and white, the images would gradually begin to include colour as postcards became a more popular form of communication. Postcards had already begun to increase in popularity, but their usage would boom after their inclusion in the 1889 Exposition Universelle where the Eiffel tower was unveiled, and again in the 1893 World’s Fair in Chicago. This would also be where the hobby of postcard collecting was popularised.

The split side postcards that we are most familiar with today were approved by the Sixth Postal Union Congress in 1906 in the United States and were in use in the U.K. as early as 1902. Like modern day postcards, the split side postcards had a picture on one side, and the back was split to included space for the address and another the senders message. By 1910 more than a billion postcards were being mailed annually. 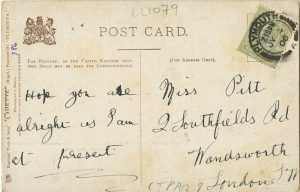 Technological advancements in printing technology, and booms and busts in the world’s economies, resulted in changes to the manufacturing process and appearance of postcards. During and after WWI, to keep costs down, white bordered postcards were created to save on ink. In the 1930s, new printing technology made linen-like cards a quicker and more colourful option over typical paper postcards. This also allowed for brighter and more saturated colours to be used during the printing process. The postcards we are most familiar with are photochrome postcards. They appeared around 1939 and dominated the market when WW2 ended because they closely resemble photographs.  Below are a selection of post cards from the Donald Stephens Collection held at the National Museum of Bermuda. 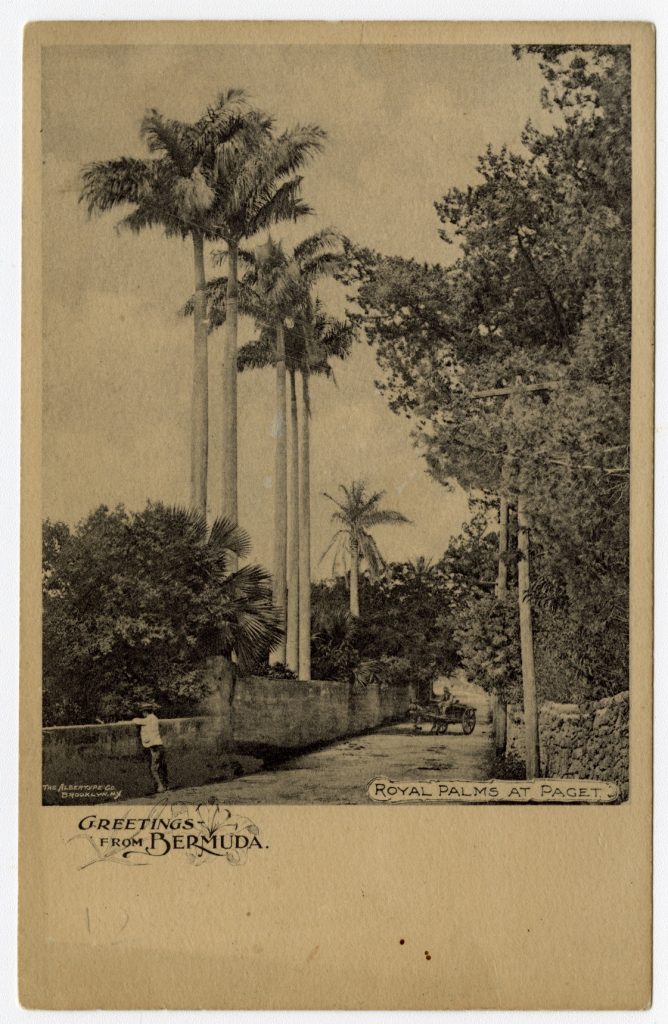 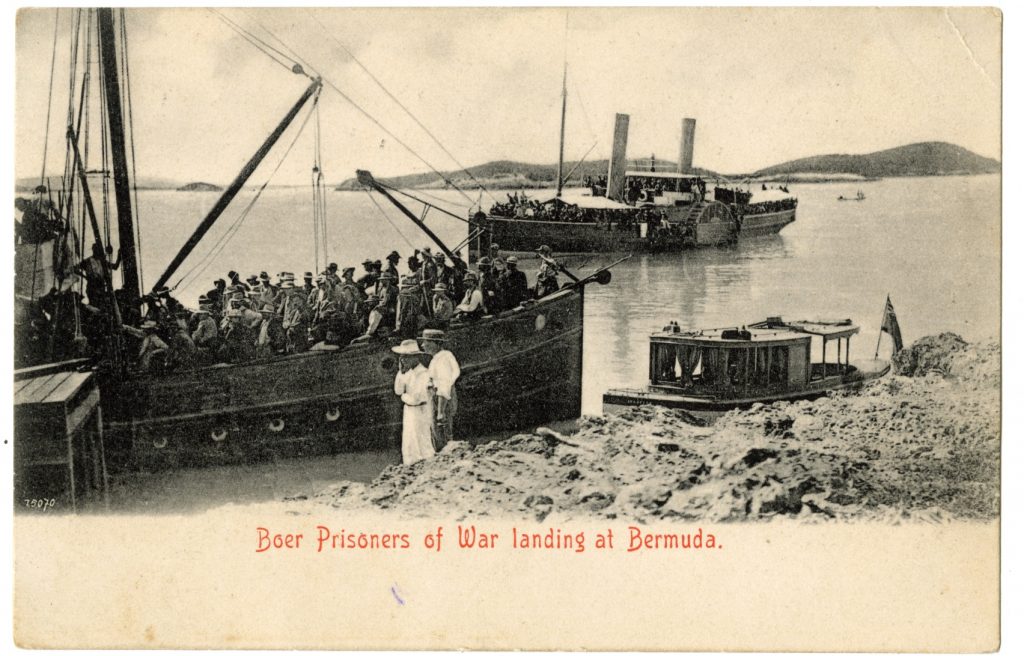 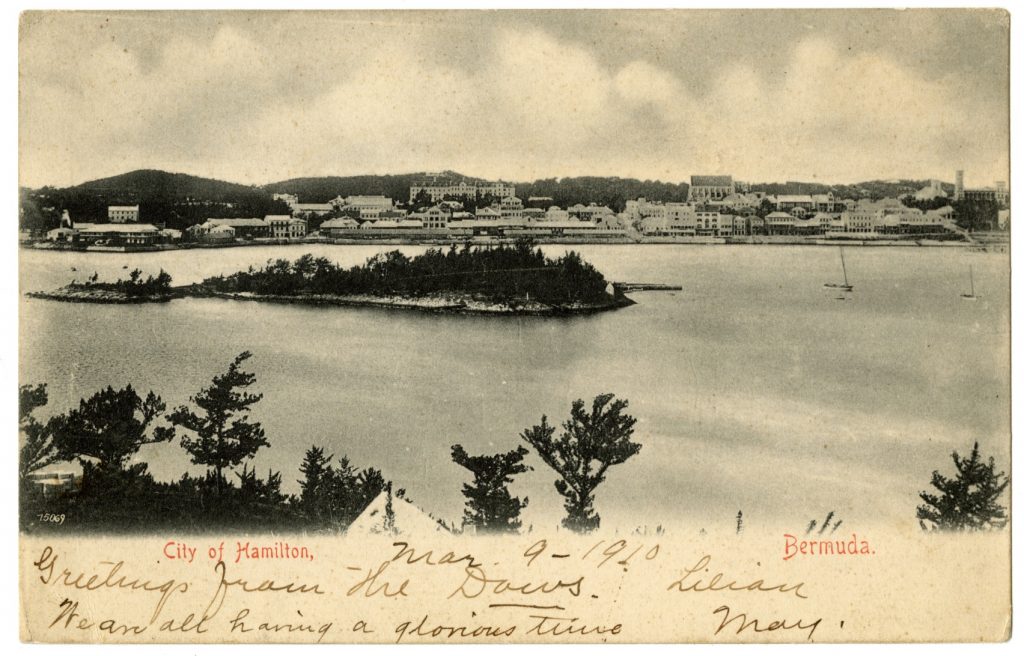 Pre-split post card. Messages had to be written on the front underneath the image with the back reserved for the mailing address. 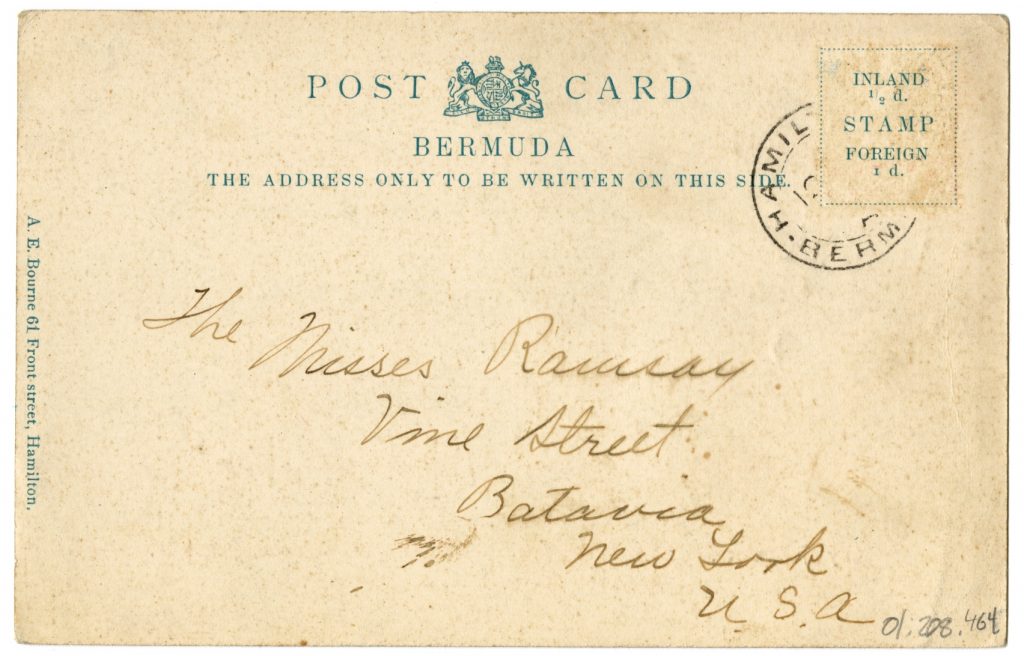 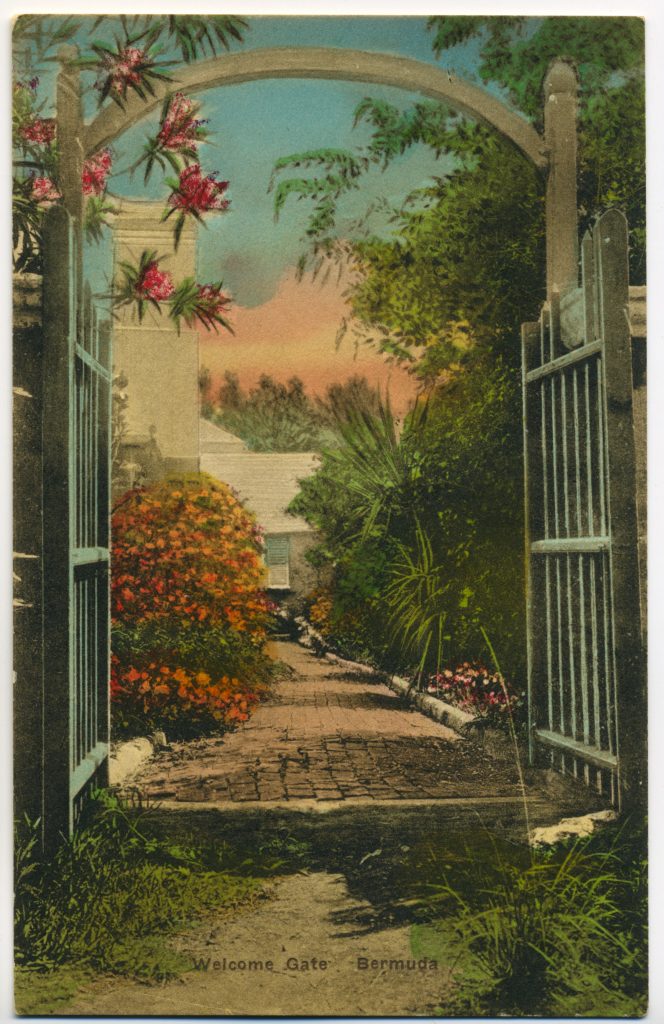 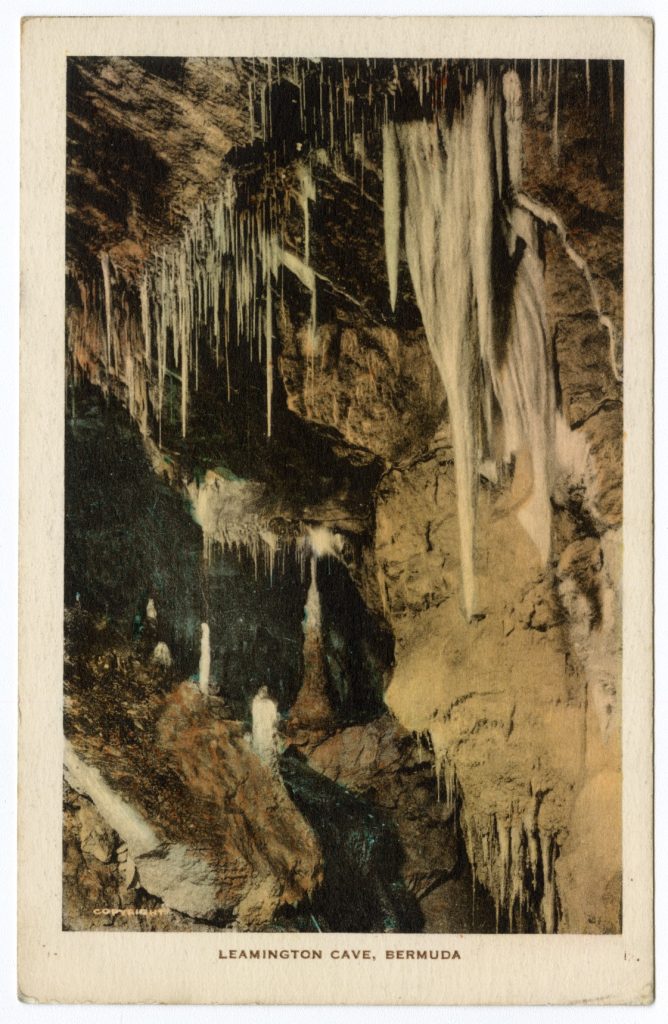 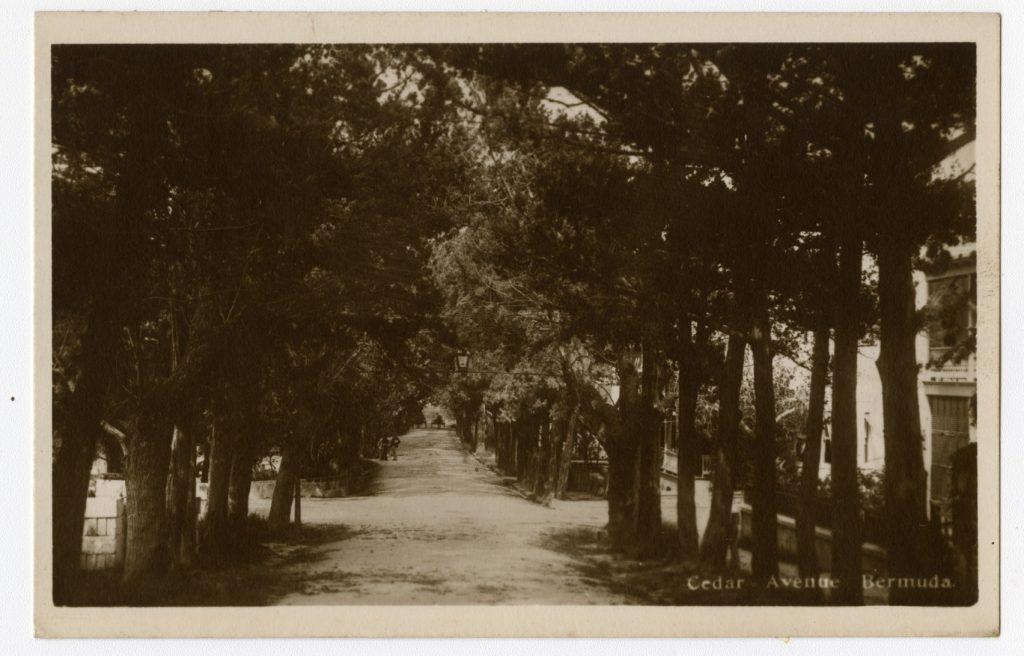 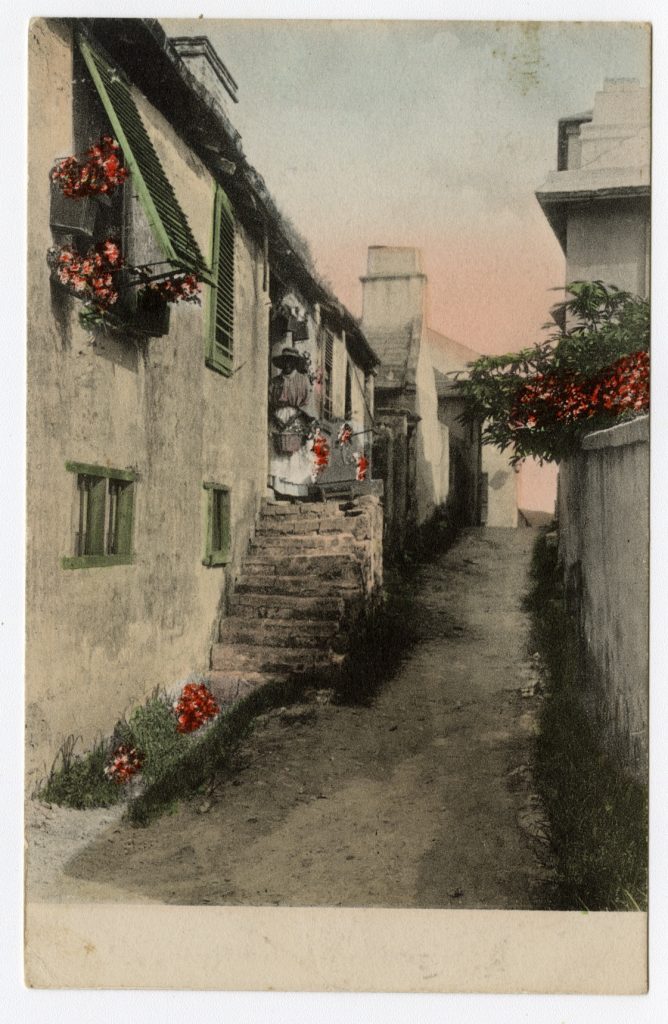 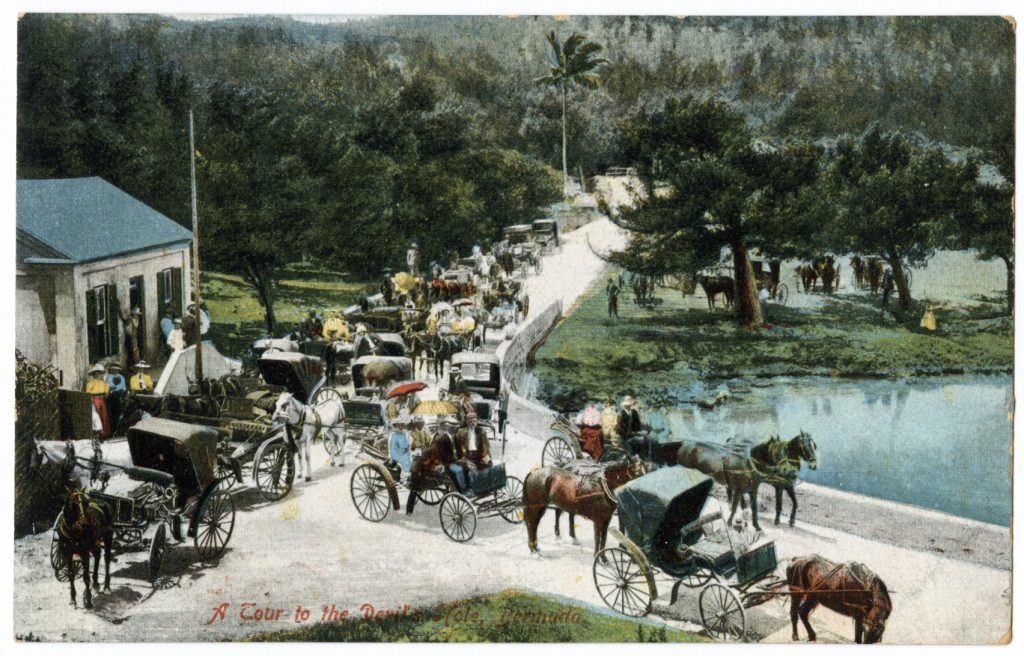 The Museum currently holds over 6,000 postcards. A display of postcards showcasing Bermudian history and culture from the Donald Stephens Collection of postcards is currently on display in the History of Tourism exhibit in Commissioner’s House.