This guest post is part of a series of architectural articles by the Bermuda National Trust that will highlight some of Bermuda’s endangered historic buildings.

Wantley, located on Princess Street, has a rich social history and was built by prominent businessman Samuel David Robinson. One of the founders of the Berkeley Educational Society, Samuel David and five other men met in 1879 at his newly-built home to discuss the feasibility of establishing a school that would become The Berkeley Institute. The Robinsons were an influential family in the then Town of Hamilton. Younger brother Joseph Henry Robinson built The Emporium on Front Street and lived at the elegant Finsbury on Court Street.

Samuel David Robinson and his wife Elmira moved into the upper floor of Oldholm, on the corner of Dundonald and Princess streets, after their marriage in 1873. The ground floor housed the bakery that Samuel David inherited from his father David Robinson who lived at The Oleanders which was demolished in the 1980s when Dundonald Street was widened. Oldholm has now been substantially altered to accommodate the Bermuda Diabetes Association. The lot on which Wantley would be built was purchased about the same time along with the next lot north which became the garden area. In 1881 Samuel David built Victoria Terrace across the street and towards the end of the century, he built the first section of The Arcade on Burnaby Street.

In the late 19th century Princess Street was a quiet residential neighbourhood. The Robinsons hosted musical evenings and play readings in the drawing-room at Wantley. Their daughters inherited their parents’ strong social conscience. Agnes May Robinson, with the help and support of her sisters, founded the Sunshine League. Samuel David left Wantley to his wife during her lifetime and then to his three unmarried daughters with the last surviving daughter, Adeline Howard Robinson, having absolute ownership. He died in 1920 and flags in Hamilton were flown at half-mast in recognition of his contribution as a member of the Corporation of Hamilton and Pembroke Parish vestryman.

Wantley stayed in the Robinson family until 2008 when it was sold to Bermuda Housing Corporation. Its most outstanding feature was the elaborate wooden verandah. The house has many features typical of its time including a fine fanlight above the door leading out to the verandah on the upper storey as well as transom and sidelights on the ground floor door. Since it was sold the house has been left empty which has attracted vagrants; the verandah has deteriorated and an unsightly wire fence has now been erected across the front of the house. It is hoped that the Housing Corporation will soon restore the building to the state which it deserves. 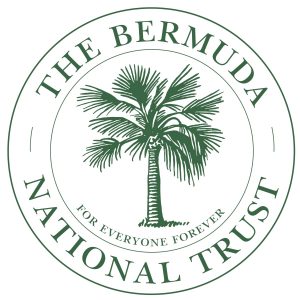