Regiment on the Front Lines of COVID-19 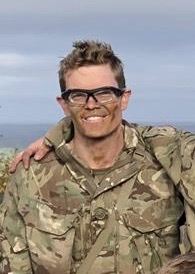 Andy first started working for NMB as a volunteer intern in 2018 and was recently promoted to Curatorial Assistant. He has a background in military history and is a vital member of the Curatorial team, providing assistance with research, collection management, exhibit installation, public outreach, archaeological work and conservation. However, Andy also has another role outside NMB as an officer in the Royal Bermuda Regiment (RBR). During the past few months, Andy has temporarily stepped away from his Museum work and has been on the frontlines of Bermuda’s response to COVID-19.  Here Andy shares his experience as a member of RBR and Bermuda’s COVID-19 response team.

When I joined the National Museum of Bermuda’s Curatorial Department, I thought I would be preserving history – not becoming part of it. But – having volunteered for the Royal Bermuda Regiment not long before – I and hundreds of other soldiers were mobilised as part of the response to the Covid-19 crisis, which has become the longest embodiment of the country’s troops since the Second World War.

I joined as a private soldier last May and later spent ten weeks at the Royal Military Academy, Sandhurst, to qualify for a commission as a 2ndLieutenant returning to the island in February, just weeks before the pandemic hit Bermuda. The regiment was embodied to help enforce the shelter in place emergency regulations, which meant setting up community advisory points across the island, patrolling Bermuda’s waters, and providing assistance to various government departments.

The Regiment played a major part in the crisis response for Operation SOTER, as it was called, and carried out an essential role in gathering statistics on the public’s compliance with regulations. The information was passed on to the Ministries of Health and National Security, which was a valuable tool in their decision-making process.

My job was to lead a platoon that manned community advisory checkpoints around the clock. Two platoons had already been mobilized at Warwick Camp when I was called upon April 16.

The Regiment already had a plan to practice social distancing, which meant that barrack rooms designed to hold over thirty soldiers could now accommodate only a handful of people and tents had popped up all over the camp due to the overflow.

Operational housing had to be found elsewhere, and Warwick Academy and Saltus Grammar School had already offered the use of their gymnasiums as forward operating bases. My platoon, 4 Platoon, was sent to Saltus, from where we would run the checkpoints in the eastern end of the island over the shelter in place lockdown.

The gym quickly became our home.  Training, lessons, and fitness were conducted on a regular basis, but we also gave time for the troops to unwind, with a projector set up to watch movies during the off days as they weren’t allowed to go home.

Our routine was organized around a four-day rotation, with two-day shifts, followed by a night shift, and then a training day – typically waking at 6am and working until 7pm. The platoon Sergeant and I would return to Warwick Camp every night for briefings from the command team.  For me, and the three other Saltus former pupils in the platoon, being back in school was both entertaining and nostalgic.

To further mitigate the potential for the spread of Covid-19, the platoon had to be treated as if it were a thirty-two-person household. Although we ate, showered, and slept in the same areas, we still managed to minimize our contact with one another, and trucks designed to carry twelve were limited to groups of six each.

The gymnasium was partitioned so the members of each team shared the same areas, but with as much distance between the six teams as possible and we ensured everyone spent as much time outdoors as they could. The soldiers’ temperatures were taken every day by RBR medics. Cleaning is a high priority in the military, so a duty rota was established with teams in charge of their own areas, vehicles and the rest of the areas we used.

A boot disinfectant zone was set up with a strict policy that all boots had to be removed and sprayed in case of contamination – a move that kept the Saltus facilities manager happy because there was no risk of Army boots ruining the floors. Uniforms were picked up by the Logistics Company at breakfast, laundered, and then returned with dinner to minimize the exposure to germs that soldiers may have picked up from members of the public.

But we didn’t just protect the public – our soldiers pitched in to care for wildlife as well as a terrapin found overheated on the tarmac during an outdoor fitness session was saved by two of our troops. Named “Speedy”, he was adopted as the platoon mascot and the soldiers chipped in to buy a terrarium set up in our Operations Room and later added another terrapin to the ranks. 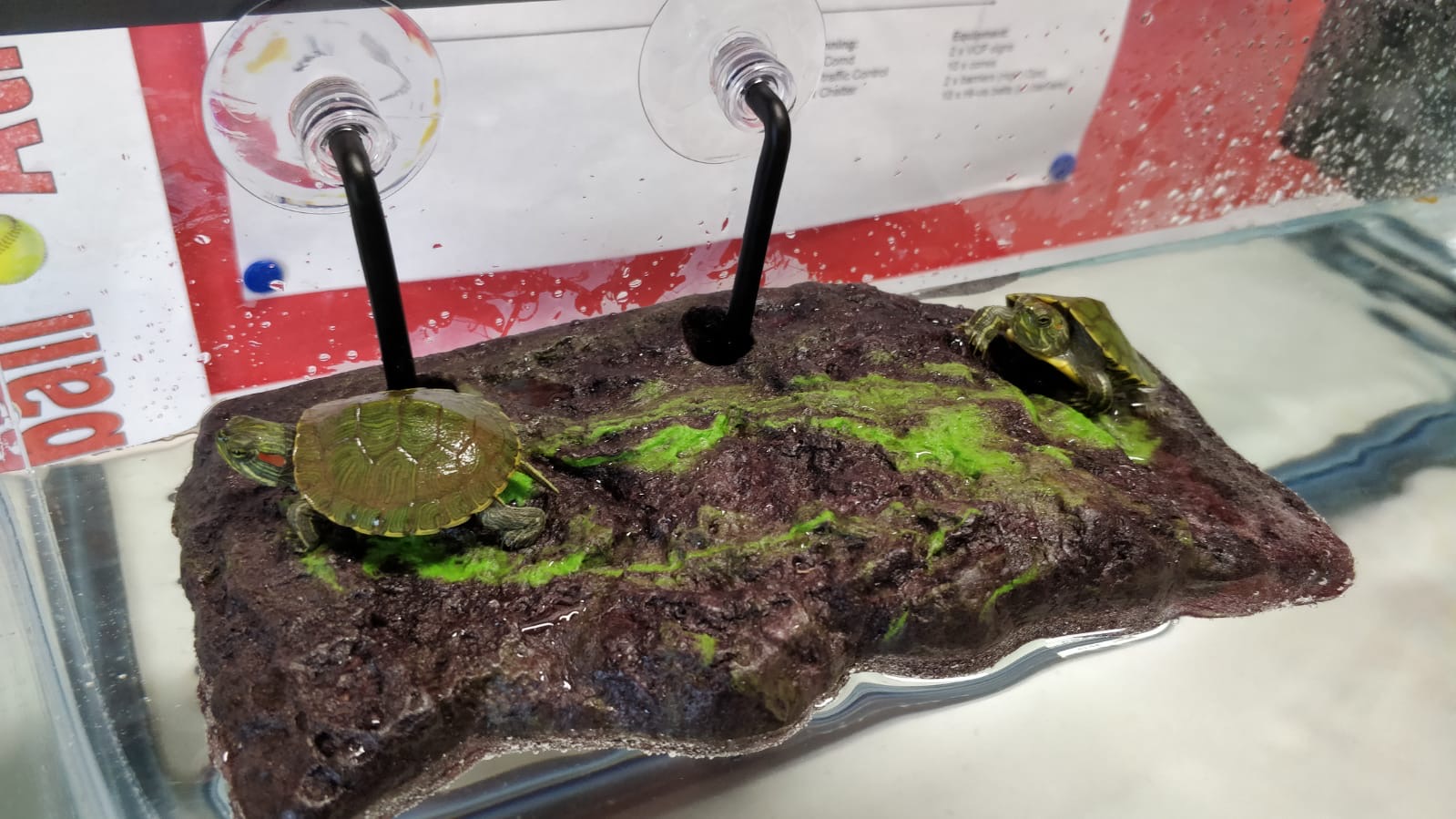 Saltus FOB mascot Speedy in his RBR custom base tank

The camaraderie shown by the other essential services and support shown by the public towards the Regiment made us all proud to be serving our country. As Platoon Commander I was often in the front seat of our troop transports, and it seemed every essential service vehicle we drove past offered friendly waves or the traditional Bermuda beep.

Although we delayed the travels of the general public permitted to be on the roads by stopping them at our checkpoints, friendly faces often dropped off crates of energy drinks, snacks, and water for the troops.

The Regiment remained very much present through after the shelter in place regulations were lifted and continued to enforce the curfew on land and at sea and advising and enforcing social distancing regulations in public places such as beaches and parks during the day.

Curfew enforcement entailed making sure only cleared vehicles were on the roads and assisting police in tracking individuals breaking curfew. Unfortunately, two soldiers –  Pte Ndavyah Williams and Pte Kirk Wilks, were struck by a vehicle traveling at high speed after the curfew. Pte Williams’ serious injuries required medical treatment in Boston, and both soldiers are in our thoughts while they recover.

There are many history-making moments in Bermuda’s Covid-19 response, but as a unit, we are proud to have been able to serve our island during this global crisis. The Regiment has delivered operational capability and has cemented itself in the history books, as well as underlined its flexibility and professionalism at times of crisis.

For me, it means I’ve had the pleasure of working with great people from all walks of life, during what will probably be the longest continuous mobilization of my military career. The connections made with my colleagues will only help our efficiency in future exercises and operations. Despite the distressing circumstances, I will miss it.

Soldiers, men and women who were raw recruits a few months ago, are now valued as experienced soldiers who have gelled with their units. They take pride in their work and have performed outstandingly despite, in some cases, having to cope with the personal stress of being laid-off or made redundant from their civilian jobs because of the economic havoc wreaked by the coronavirus.

The RBR is recruiting now and it’s arguably the best time to join. The Regiment offers a sense of pride in duty done, camaraderie, trades and specialist training, travel, and good rates of pay. They are all great reasons to join “Your Regiment”. But the bottom line is we do what we do for our country and our fellow soldiers – and Bermuda is better off for it.

Check out BERMEMES video, filmed before the lockdown, to hear the stories of a few of the other members of the Royal Bermuda Regiment: