On November 6, 1946, Bermuda parliamentarians were embroiled in an impassioned debate about a subject dear to the hearts of black Bermudians: a public holiday for Cup Match. Given the era, it’s surprising that a Cup Match holiday was being considered at all.

Bermuda was deeply segregated. Only seven per cent of the population could vote because of the property qualification and the majority of Members of Colonial Parliament (MCPs), as MPs were then called, were white and male. 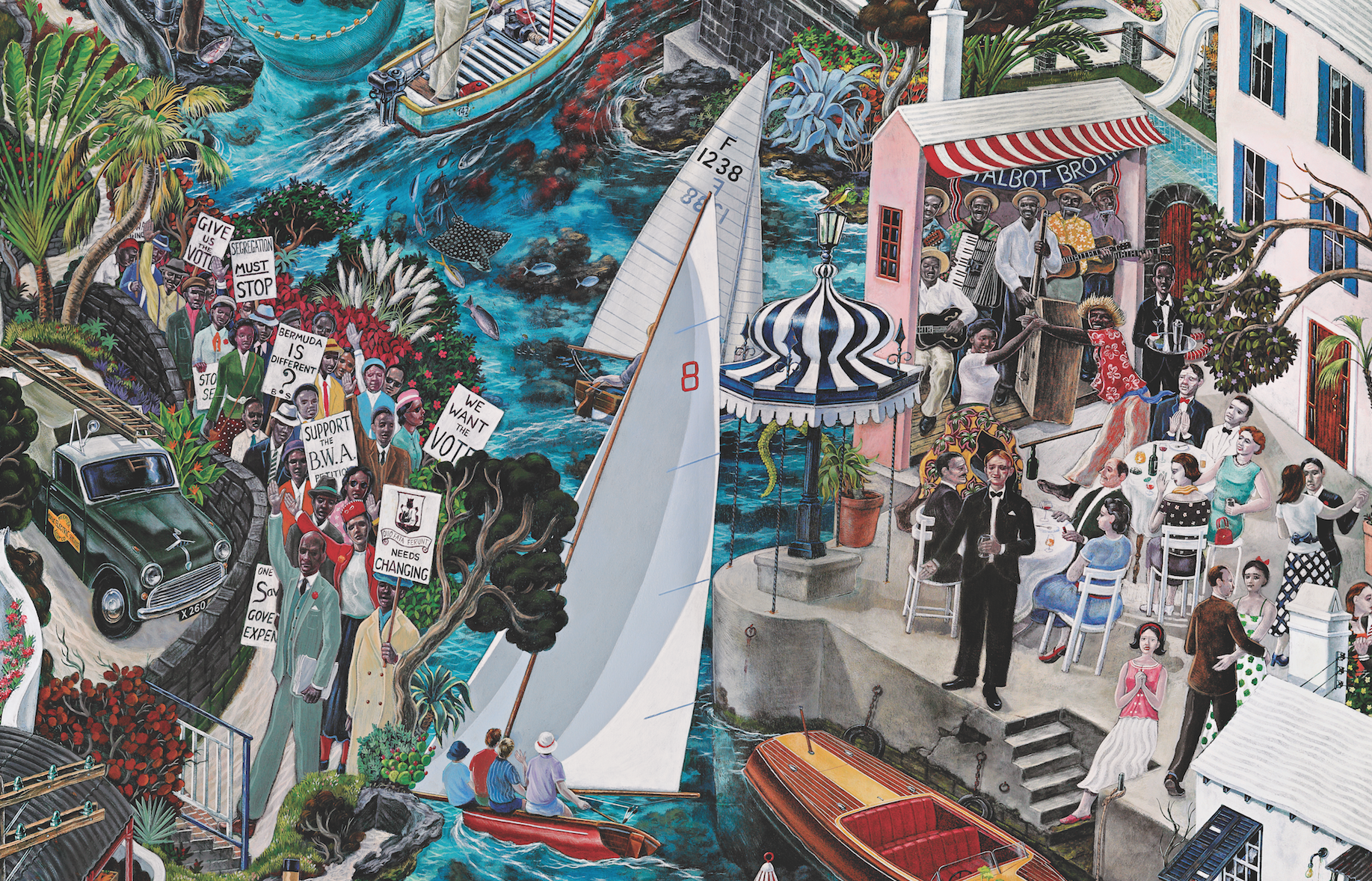 Vignette from The Hall of History depicting protests of the 1940s and 50s. During this period MPs David Tucker and Eustace Cann fought for social and political change within Parliament and in the public arena.

Some white MPs, however, and the handful of black MPs in Parliament were lockstep in support of the Cup Match cause. A Cup Match holiday was a last-minute addition to a Public Holiday bill, which sought to wrap all the island’s public holidays into one single law.

The Cup Match add-on, which was brought to the House by white MP Ernest Vesey, sought to change Somers Day, which had been a public holiday since 1936, from July 28 to the Saturday before the first Monday in August. The new Cup Match holiday would be on the Friday. Vesey told the House that having the two holidays back to back would be convenient for both employers and Cup Match fans.

Black MPs David Tucker and Dr. Eustace Cann, himself a former Somerset Cup player, were in favour. Tucker said that for many years Somerset and St. George’s cricket clubs “had endeavoured without success” to have a Cup Match public holiday. 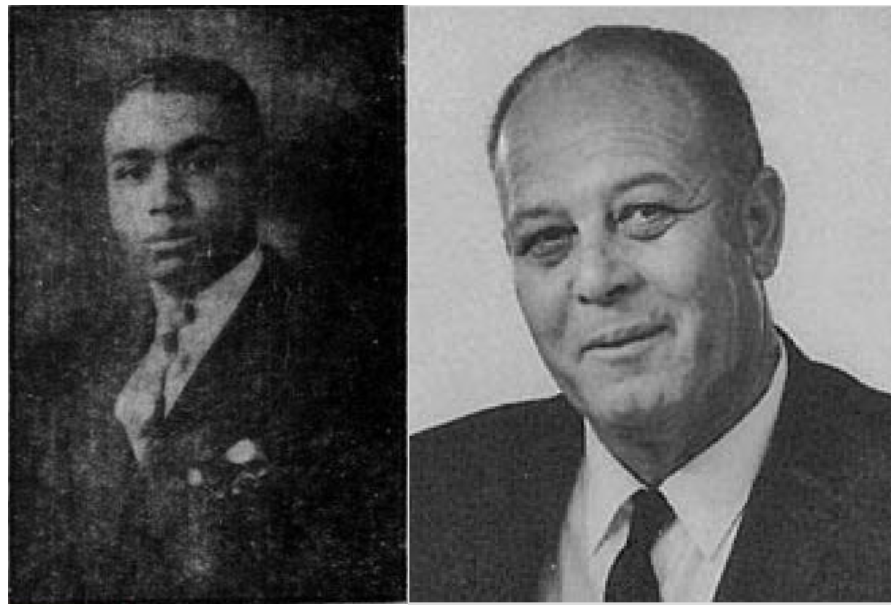 According to The Royal Gazette’s report of the debate, Tucker also said: “It was felt in some circles, not without some reason, that the Somers Day celebration had been arranged as a counter-attraction to the Cup Match.”

Tucker went on to say that:

“if legislators could provide two public holidays together for the annual sporting event, they would earn the gratitude of at least 20,000, if not 30,000 people of the colony.”

Unsurprisingly, John Cox, perhaps one of the most conservative members of the House, was opposed to changing the date of Somers Day. He said July 28 was the actual date of the Sea Venture shipwreck. He was not against the idea of a Cup Match holiday, but did not think Somers Day should be changed to accommodate Cup Match.

Vesey saw no problem with changing the date of Somers Day. He pointed out it was a recent holiday. And in a subsequent debate, he said the actual shipwreck had taken place on a Friday. David Tucker was of the same mind as Vesey. He said 300 years had gone by without Bermuda commemorating the Sea Venture shipwreck.  Pageants that were the focal point of Somers Day celebrations had declined in popularity, while interest in Cup Match had grown. Eustace Cann suggested that the Sea Venture shipwreck could be commemorated at Cup Match.

White MP Harry North would prove to be something of a grinch, with regard to both Cup Match and a subsequent bid to insert a New Year’s Day holiday in the bill.

He said Vesey’s proposal was a “perfect nuisance” and claimed each public holiday cost Bermuda a considerable amount in money and inconvenience.  That session of the House ended in true Bermuda fashion—a decision was deferred.

Cup Match owes its origins to a cricket match held in September 1901 at Garrison Field in St. George’s by two lodges or Friendly Societies.  The game was so exciting, lodge members decided to hold an annual match and to play for a Cup.

The first Cup Match was held on June 12, 1902 at Naval Cricket Field in Somerset.  There were two return matches on July 10 and August 21. Bermudians were introduced to cricket by British men stationed at HM Dockyard and at St. George’s garrison and became enamoured with the game. For many years Friendly Societies held picnics to commemorate the Emancipation of slavery on August 1, 1834.  After cricket took hold, Friendly Societies organised cricket matches.

While the origin of Cup Match has been tied to Emancipation celebrations, this connection has only been made in recent years. The first Cup Match took place in June, not August. As recently as the 1970s, historians Dr. Kenneth Robinson and Dr. Eva Hodgson were unable to state a connection between Emancipation and Cup Match.

For the first three decades, there were no set days for the Cup Match. Hosts Somerset Cricket Club and St. George’s Cricket Club would decide on the dates of play, months, even weeks prior to the game. 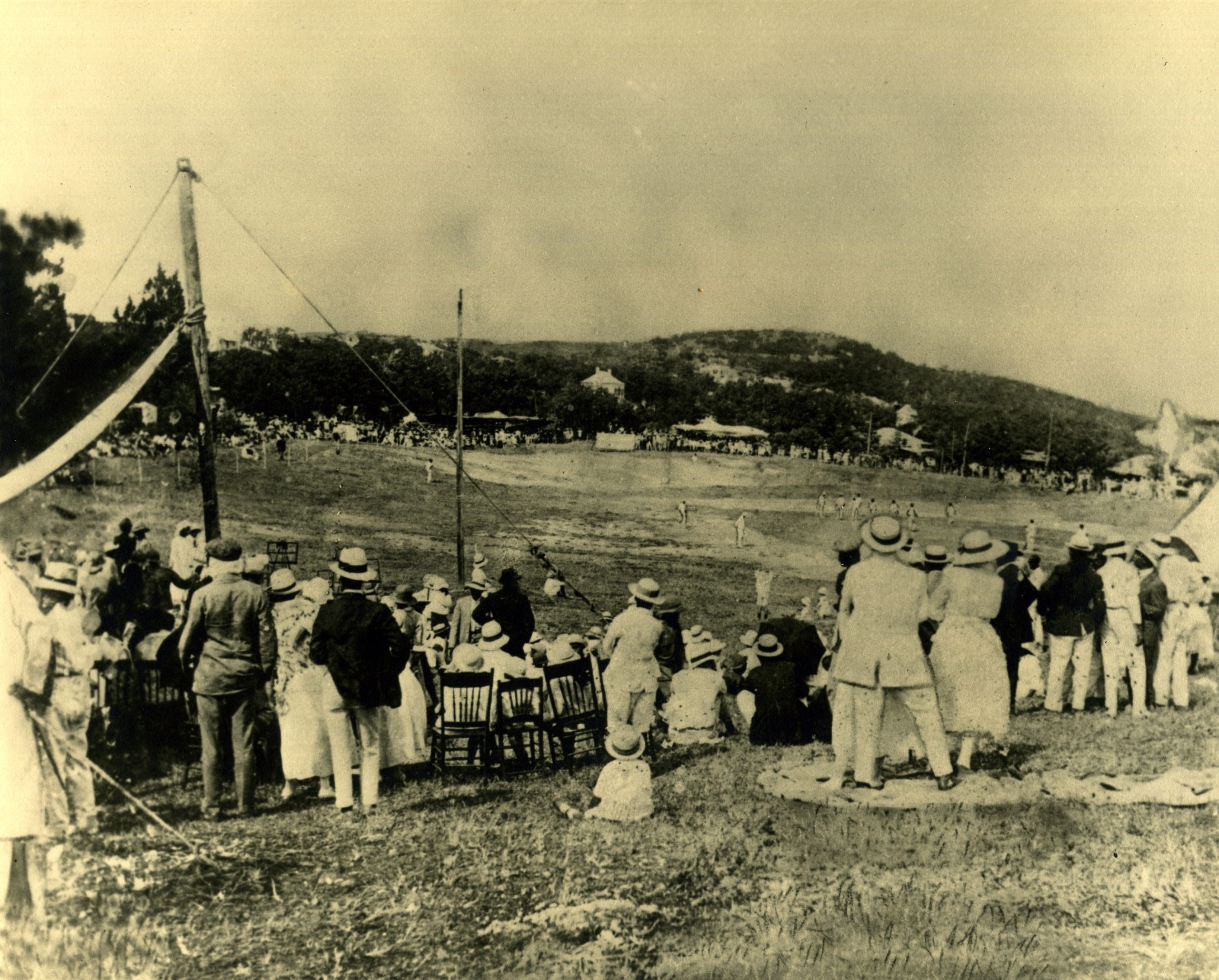 In the early 1930s, according to Cup Match historian Percival Ratteray, the two clubs came to an arrangement with officers at HM Dockyard for Cup Match to be played on the Thursday and Friday before the first Monday in August, which was a U.K. bank holiday. 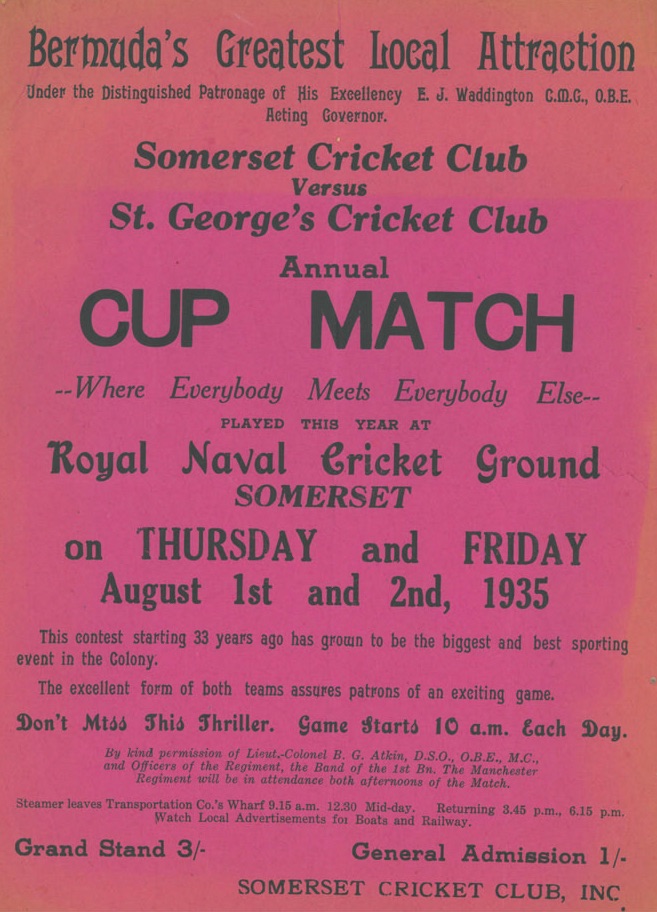 Ratteray wrote that 75 per cent of Dockyard workers and their families attended Cup Match. They took their holiday on Thursday and Friday instead of on the Monday. During the Second World War, again at the request of HM Dockyard, Cup Match was played on Friday and Saturday. 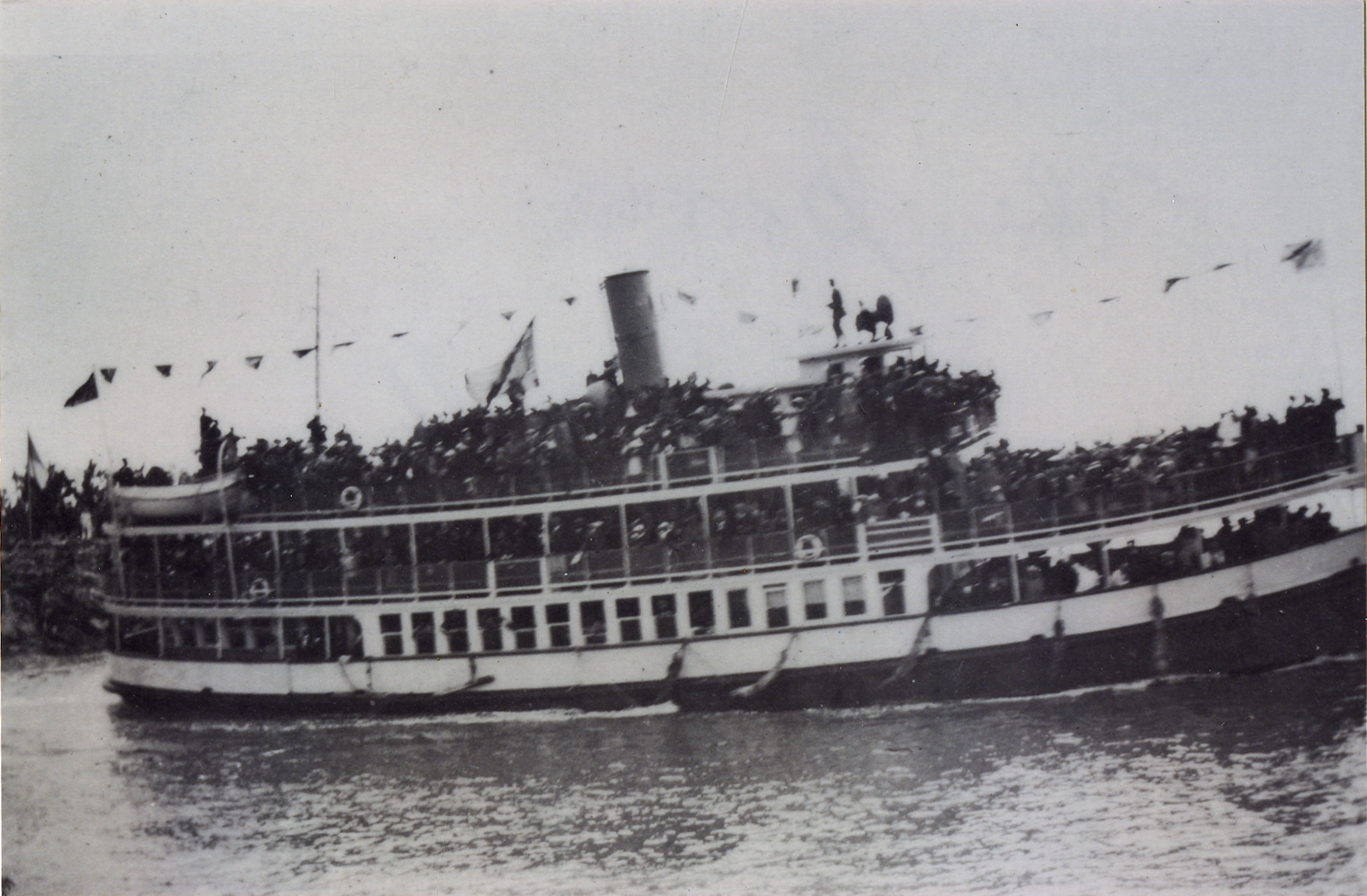 With Cup Match now played on set days, there came the inevitable overlap with Somers Day.

Some companies, notably liquor stores, gave their staff a day off to attend Cup Match. Other companies didn’t. Cricket fans would call in sick. Historian Ratteray wrote of people losing their jobs because they attended the game.

Separately, both the clubs and the Chamber made formal requests to Government for Somers Day and Cup Match to be held on successive days. Both requests were denied. Eighteen months later, the matter ended up in Parliament. Debate on the deferred bill resumed on November 13, 1947, but this time the Cup Match proposal was defeated.

The Gazette reported that both Vesey and Tucker fought in vain for a two-day Cup Match holiday, with one of the days to be known as Somers Day. Instead, the House voted to make New Year’s Day a holiday and to move the Somers Day holiday to the Friday before the first Monday in August.

On Nov 22, Cup Match was back on the bill:  Cup Match would be on the Thursday and Somers Day on the Friday. Harry North said in so many words that Vesey should have his head examined—and was reprimanded by the Speaker— but Cann said the business community made enough money from 10,000 fans in the days prior to the match to be able to close down for two days.

On December 3, the bill reached the Upper House, which referred the matter to a committee.

In February 1947, the committee reported back to the House, and Cup Match, as a set holiday, was again off the table. Somers Day would be on the Friday and the traditional half-day holiday would be moved from Thursday to Saturday, when Cup Match would be played. It would be up to employers to give workers a day off.

On May 6, 1947, the bill, minus the Cup Match holiday, passed the Upper House, despite strenuous objections from Sir Stanley Spurling who declared:

“It is the people’s holiday and should be legalised.” 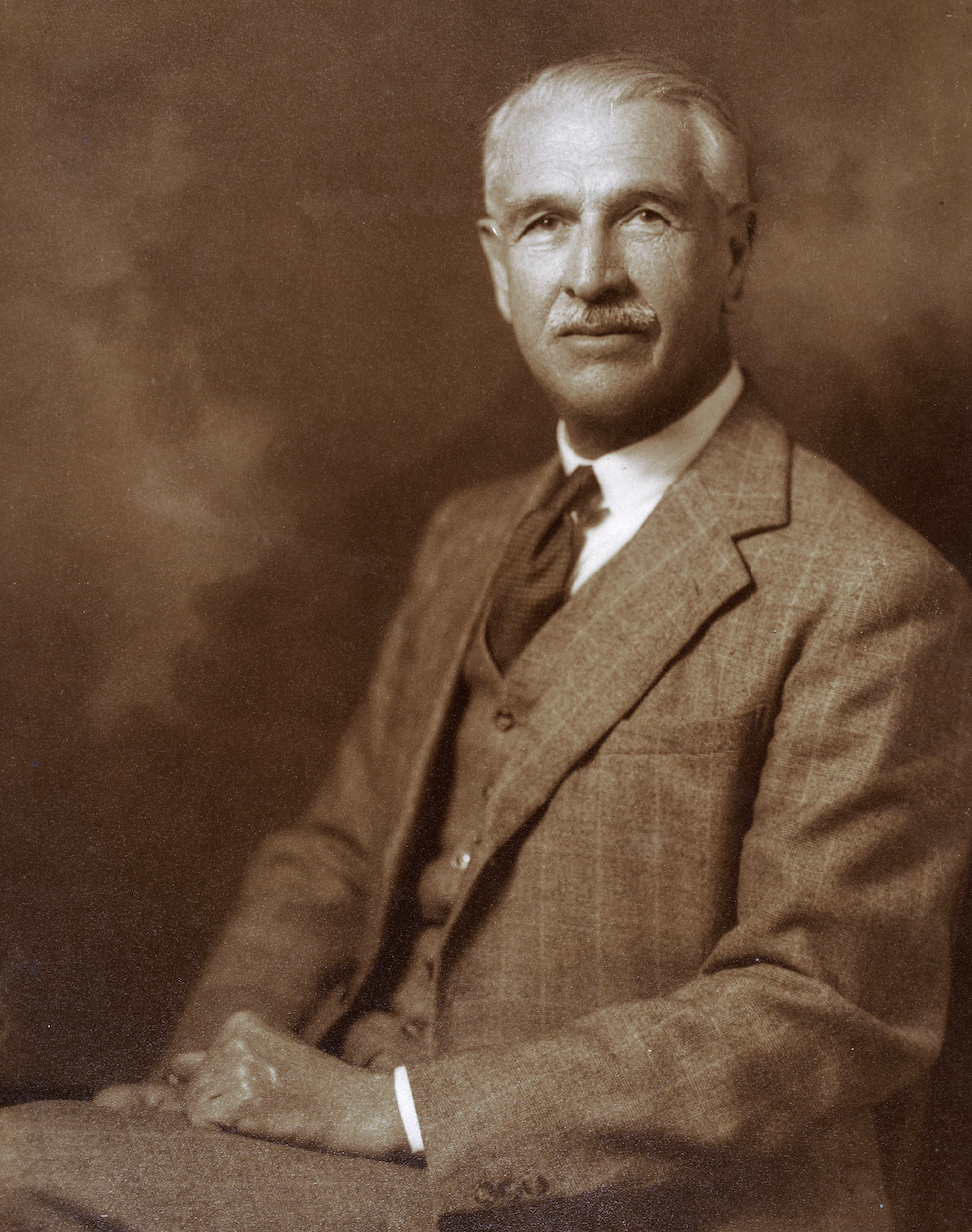 The headline in The Royal Gazette the following day was: “Assembly Insists On Cup Match Holidays.” 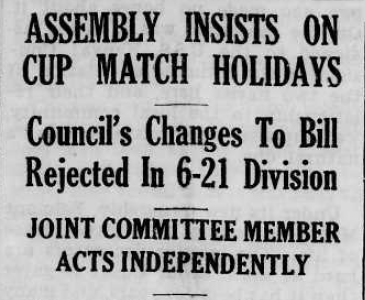 Few could have been happier than historian Ratteray who wrote following the bill’s passage in the Lower House:

“The masses of Bermuda are particularly interested in this holiday because it gives them freedom to attend, at least on one day, a game that is near and dear to their hearts.” 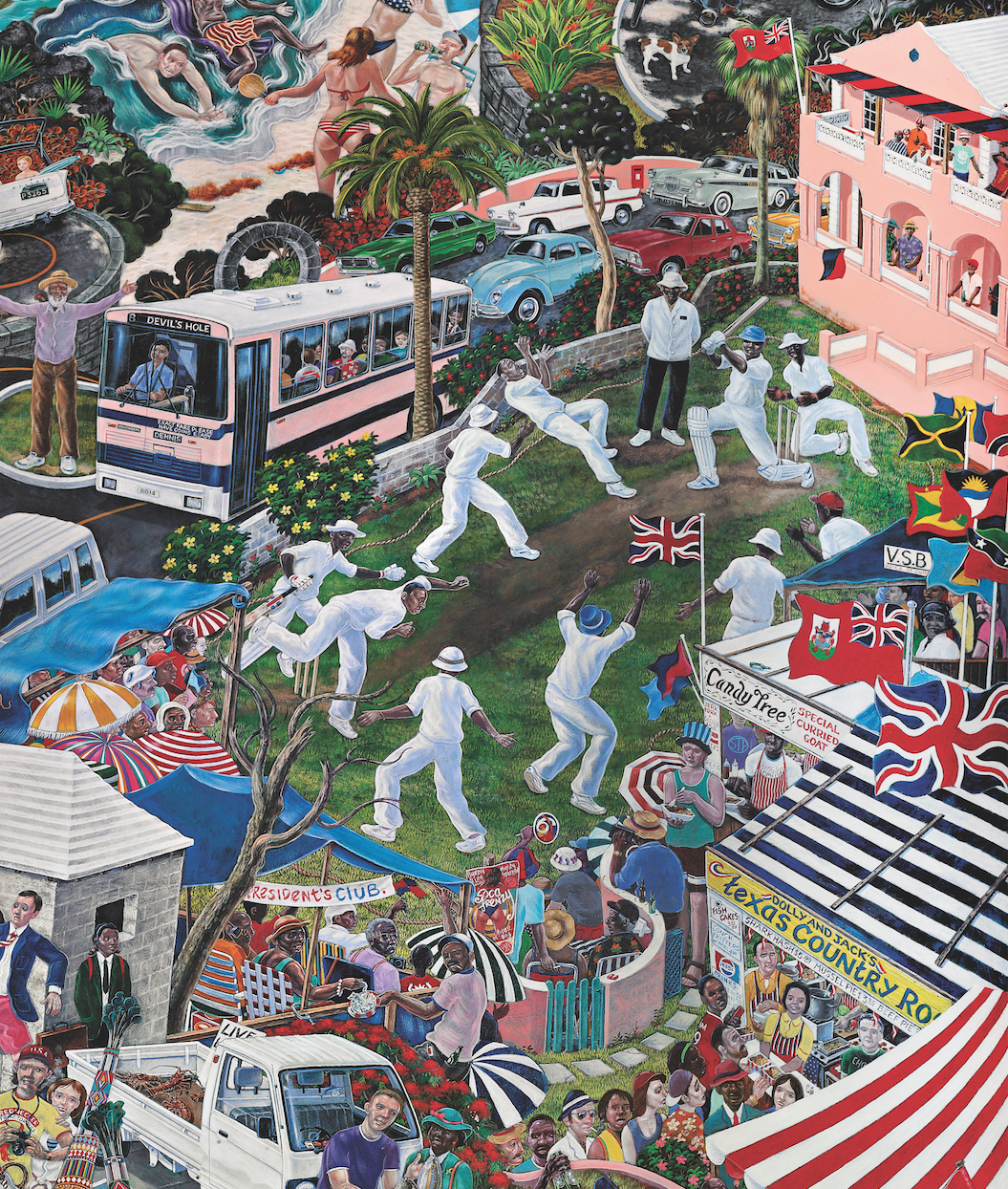 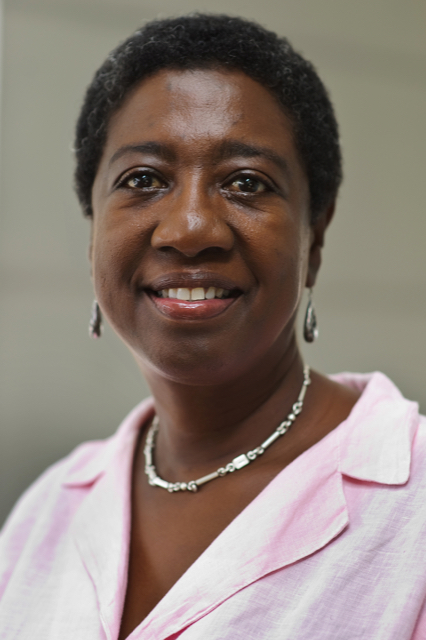 Meredith Ebbin is a retired journalist and the founder and editor of www.bermudabiographies.bm. She is indebted to LeYoni Junos, whose research, published in The Royal Gazette last year, uncovered the origins of the Somers Day and Cup Match holidays.