Three, two, one, we have lift off!

Editors’ note: On May 30, 2020 the successful launch of two astronauts on a SpaceX Dragon was not only a historic moment for SpaceX and NASA but also for Bermuda. It is also part of Bermuda’s long history of supporting the NASA space programme and humankind’s exploration of space.

The video of the launch highlighted the important role that Bermuda plays in the tracking network and the audio recorded was eerily reminiscent of communications between Bermuda and NASA during NASA’s Apollo programme.

Below former NASA employee Robert Burgess gives us a glimpse into what those early communications sounded like and the atmosphere in the Bermuda Control Room during those historic missions over 50 years ago.

Three, two, one, we have lift off!

Weeks before an Apollo Mission, much preparation was needed in the Control Room. Regular checks were made to ensure that essential equipment was functioning properly. Plot boards, strip recorders, console meters and digital clocks all needed to be calibrated to a high degree of accuracy. Even the pilot lights behind the push buttons were checked and replaced if faulty. Lives depended on a correct interpretation of this multi-million dollar equipment. After many simulation exercises were carried out, launch day finally arrived.

A telescopic camera mounted on the FPQ6 radar antenna was linked to a screen in the Control Room. This gave viewers a visual image of what the radar was tracking. Sweeps up, across, down and back were the only visual contact with the outside world from the control room. The idea was to catch a glimpse of the third-stage rocket booster burn. But more often than not, as the radar swept from the sea to the sky, all that could be seen was a patch of clouds here and there. Even with the best conditions all one could see on the screen was a little puff of white indicating the rocket had fired.

What was more significant to engineers and technicians was the functioning of a set of three backlit plot boards located at the front of the room. These emitted a high-pitched whine around 400Hz and sprang to life when the radars locked on to their target. On the left was the FPQ6 radar plot, in the centre was the Impact Prediction Plot, and on the right was the FPS16 radar plot.

High above the plot boards were mounted, three large digital display clocks. Timing is crucial to space exploration. The accuracy of these clocks was traceable back to the National Bureau of Standards. One gave time in GMT, another in local time and the third the countdown/countup time.

Eyes were fixed on the countdown clock, ears listened carefully as the Station Director announced:

Bermuda is green, all systems are go. We are waiting for launch…stop all vehicular traffic: 90 seconds to launch.

Then from Cape Kennedy

All stations, we have ignition sequence start. Three…two…one…we have liftoff. Apollo has cleared the tower.

The Control Room was charged with a sense of urgency and expectation. Just a few minutes after liftoff we heard

Bermuda has AOS [acquisition of signal].

As soon as ASO was achieved the Range Safety Officer watched the plot boards intently looking for anything that deviated from the predicted path. But it never happened.

All systems are go!

If the missile malfunctioned and began heading on a dangerous course, the Range Safety Officer had the capability of destroying it.

The radar plots traced a parabolic path which indicated AOS, maximum elevation and LOS (loss of signal). After tracking for about 12 minutes, the announcement came over the speakers:

In less than 15 minutes the Bermuda tracking station had done its job. The Range Safety Officer pressed one of four red buttons on the console in front of him, disarming the destruction devices aboard the boosters and everyone breathed a sigh of relief. 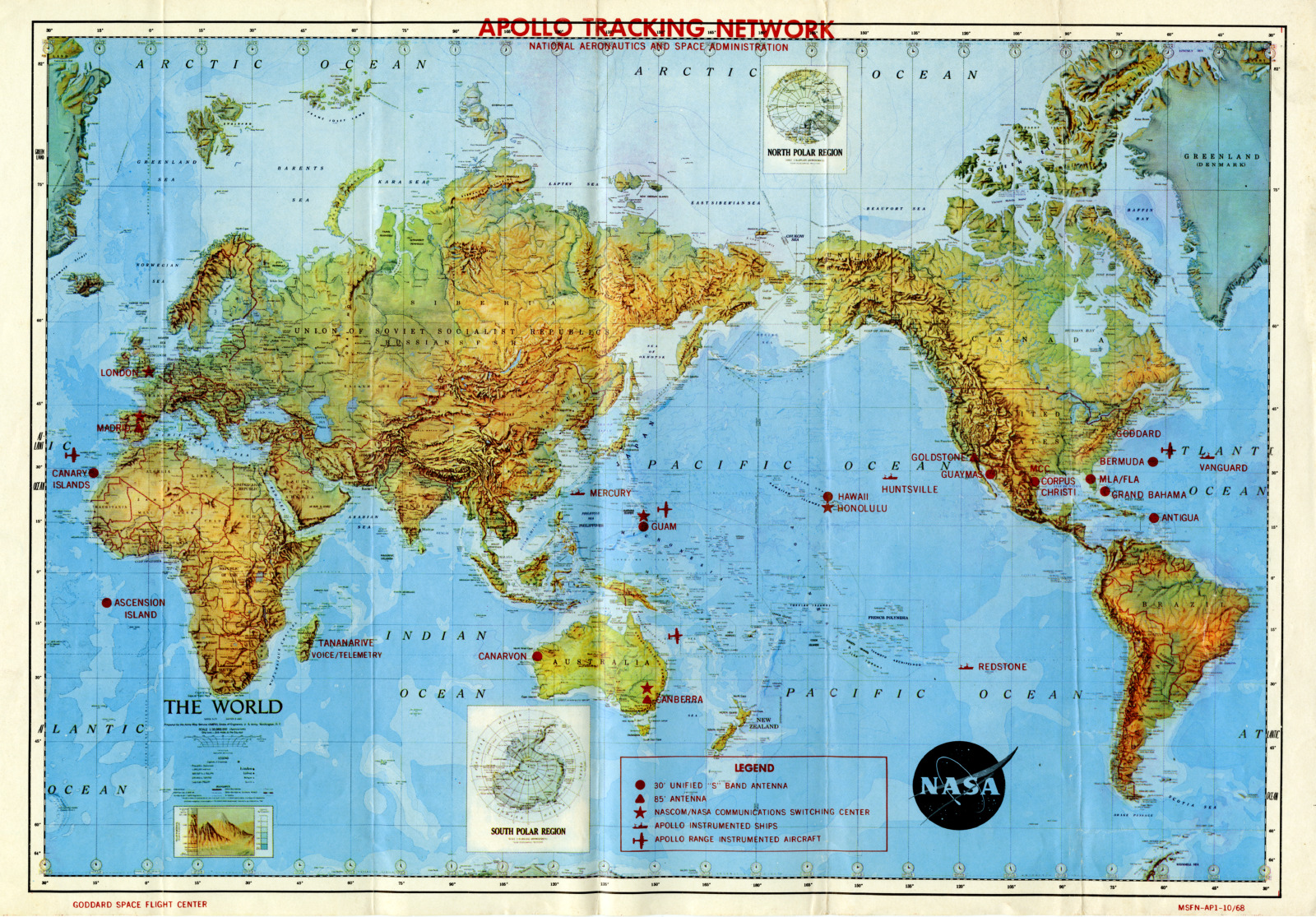 The Apollo Tracking Network, 1968, including the NASA tracking station at Coopers Island

Bermudians at the forefront

Of the 50 Bermudians employed by the tracking station, several were directly involved in the technical work of collecting scientific data vital to the success of NASA’s Apollo programme. We highlight some of them… 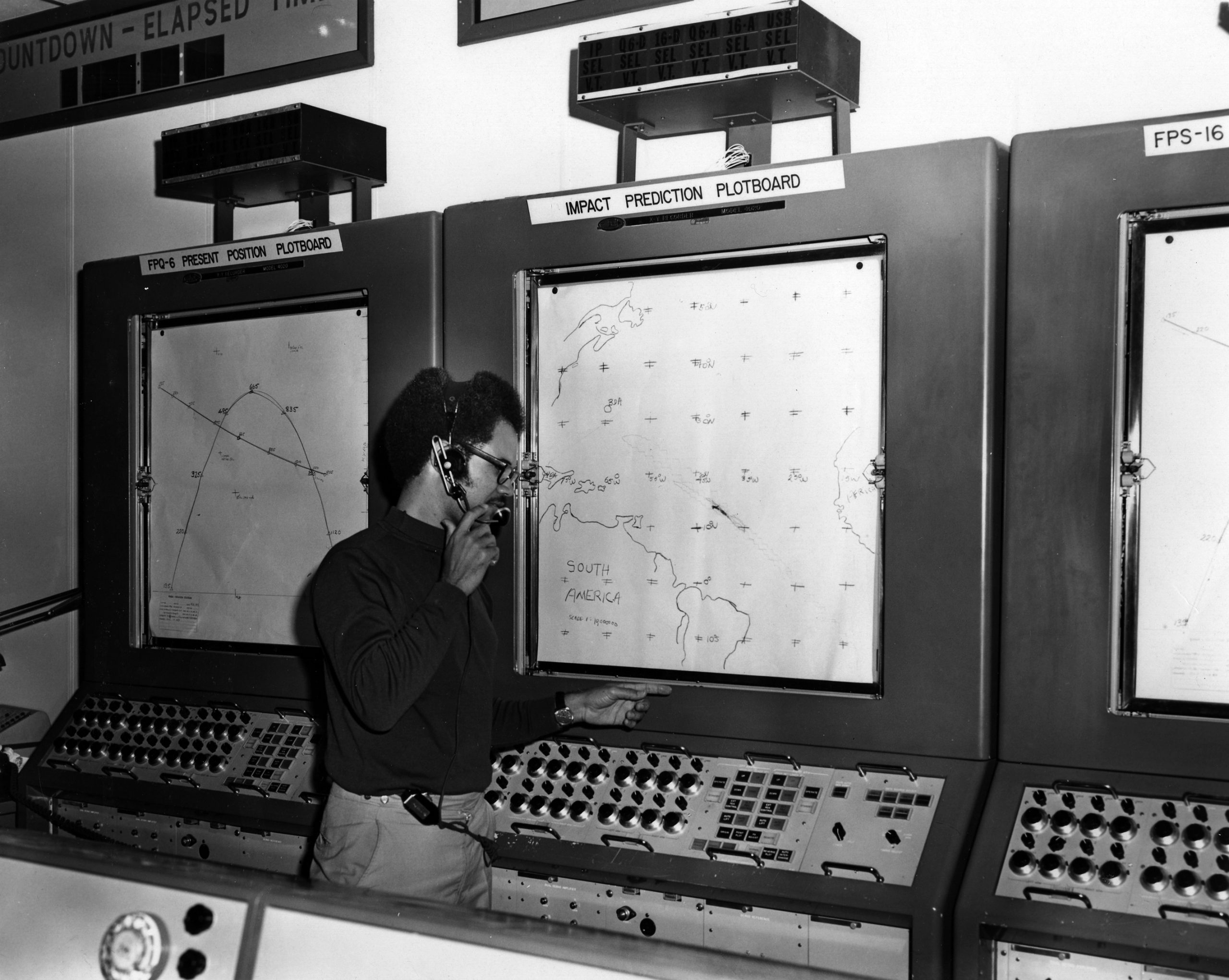 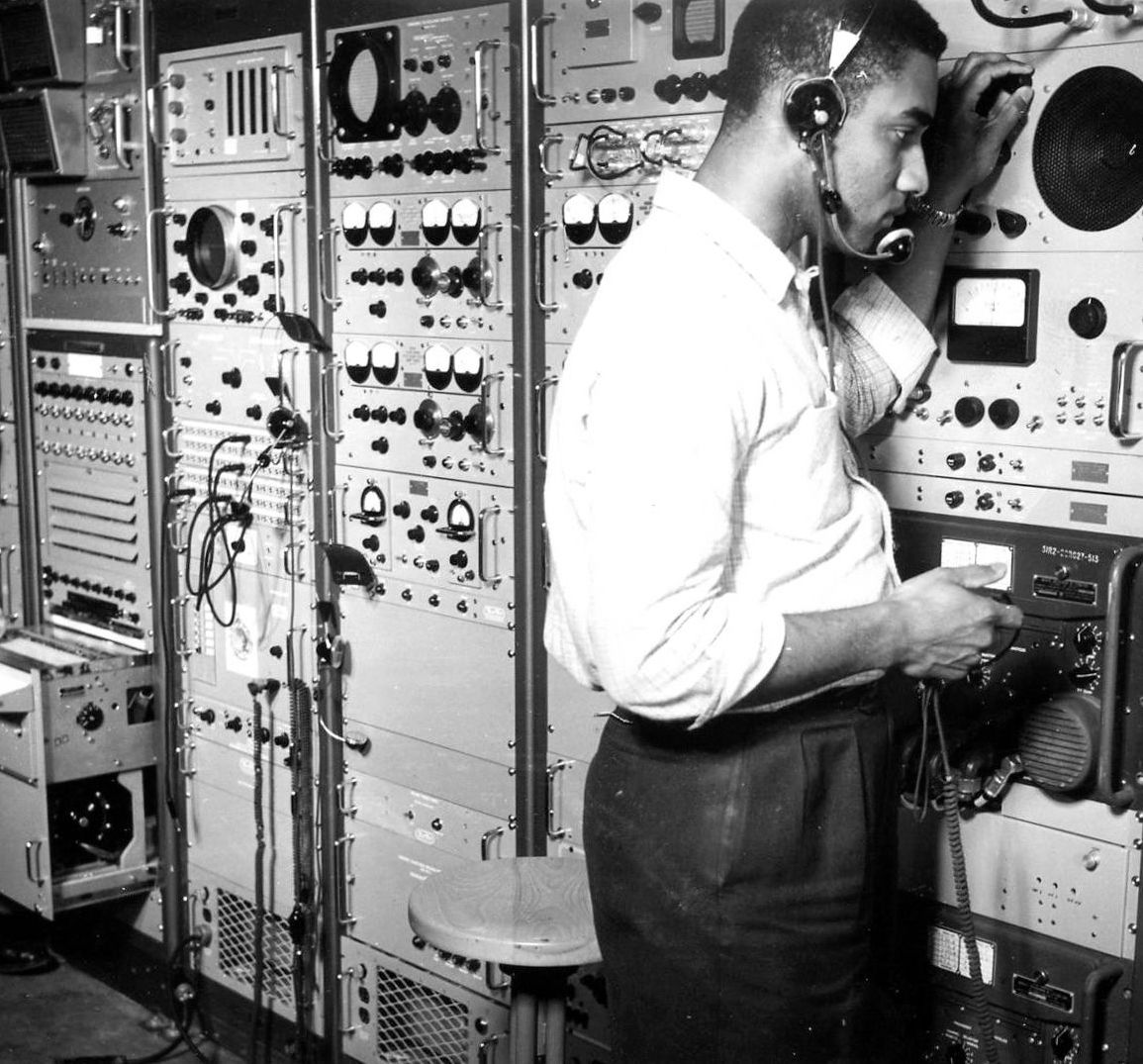 RANDOLPH (RANDY) DOUGLAS (1961–65) was the first Bermudian to be hired as an Electronic Technician at the NASA station. He started in the Precision Measuring Equipment Lab then transferred to the Telemetry area, where he learned about decommutation equipment. Douglas worked with equipment racks and sometimes had to install cables in what he considered to be challenging claustrophobic places. On special rocket launches Douglas recalls going to the Tudor Hill site in Southampton to set up and work telemetry equipment. His experience at the station prepared him for further advances in electronics and he was able to move from a career in hardware to one in software. 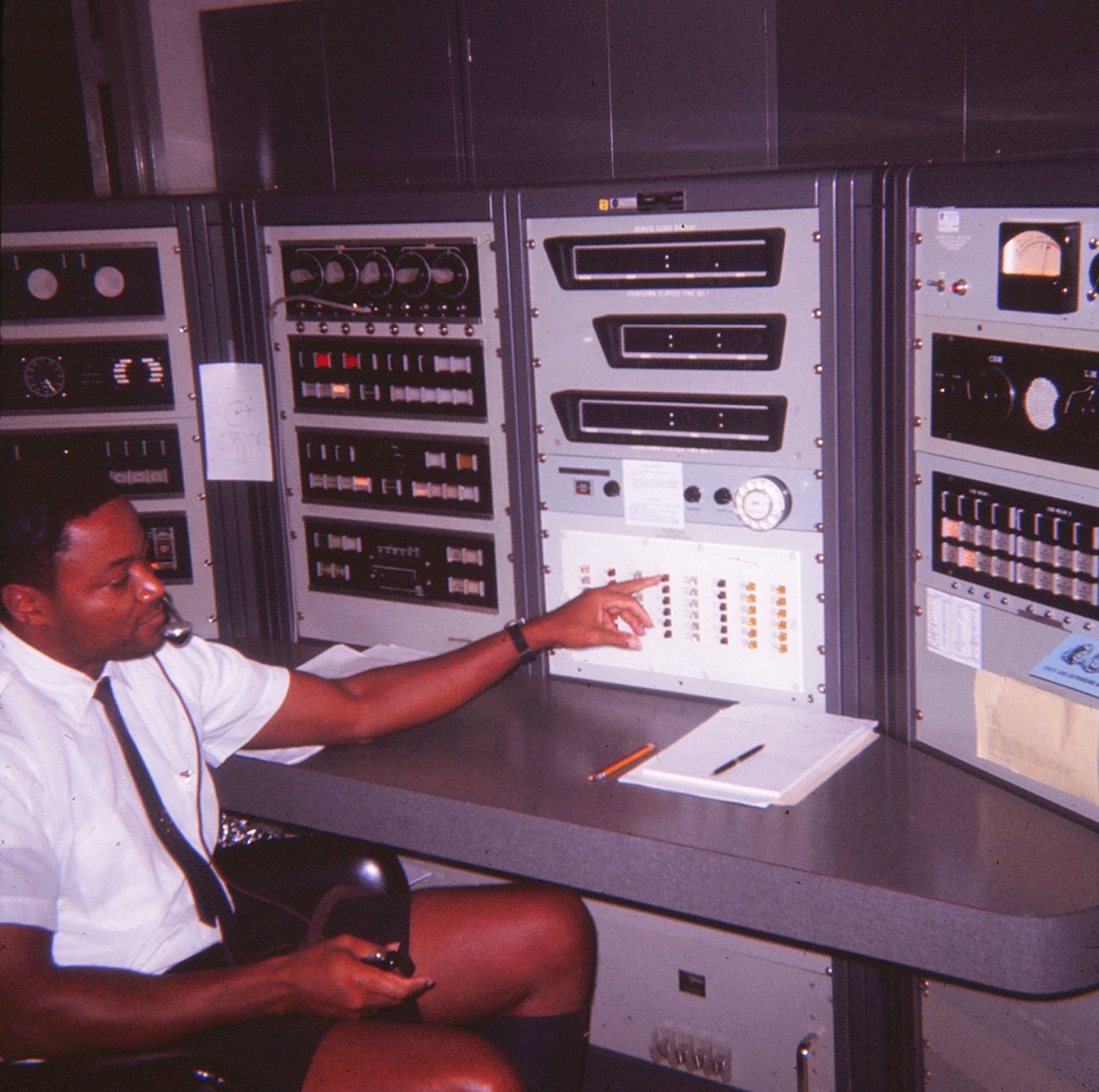 LESLIE (LES) LYNCH (1964–1997) was attached to Spacecraft Communications and took care of transmissions between the craft and controllers at Houston. He was responsible for equipment that confirmed voice transmissions being sent and received. When Houston was out of touch with the spacecraft, Bermuda received the astronaut’s voice, which was relayed to the centre. Lynch’s equipment recorded voice levels, and when he announced “Modulation is go” this signified Bermuda was in contact. He said: “It was a great feeling when the voice came through indicating the flight was going well. It was good because this was a most critical part of the flight.” 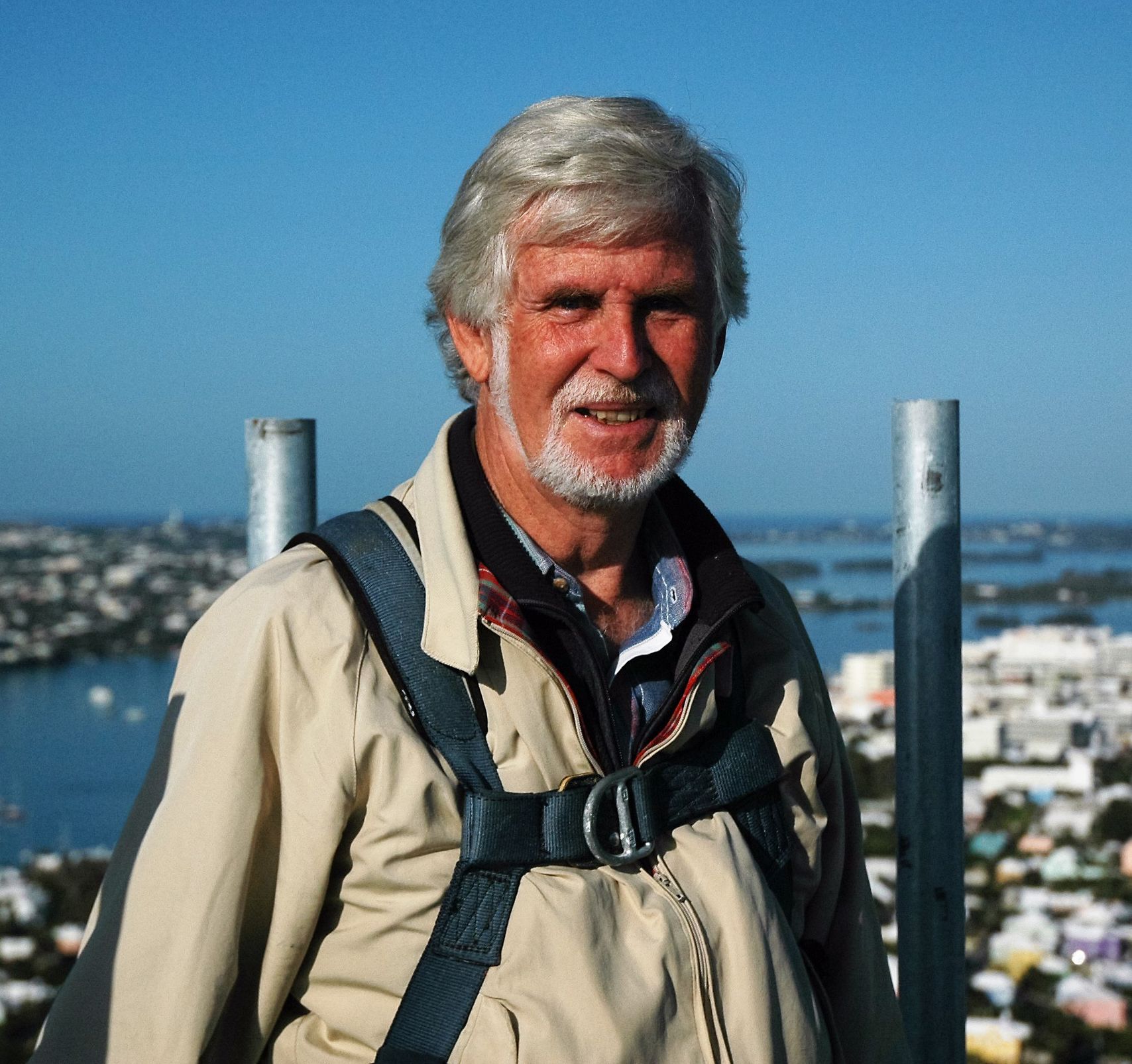 ROGER OLDFIELD (April 1963–July 1972) worked in the Precision Measurement Equipment Lab, then in the Air-to-Ground, Command and Telemetry sections. Oldfield enhanced his career by receiving special training in Solid State and Digital Devices, Apollo Timing and PSK/Demodulator Technology. He was appointed Distinguished Capable Tracker of Gemineers, and recognised as an active participant in the Apollo 7 and Apollo 8 missions. Oldfield received letters of appreciation and other group achievement awards, especially one pertaining to first Apollo 11 moon landing in 1969. 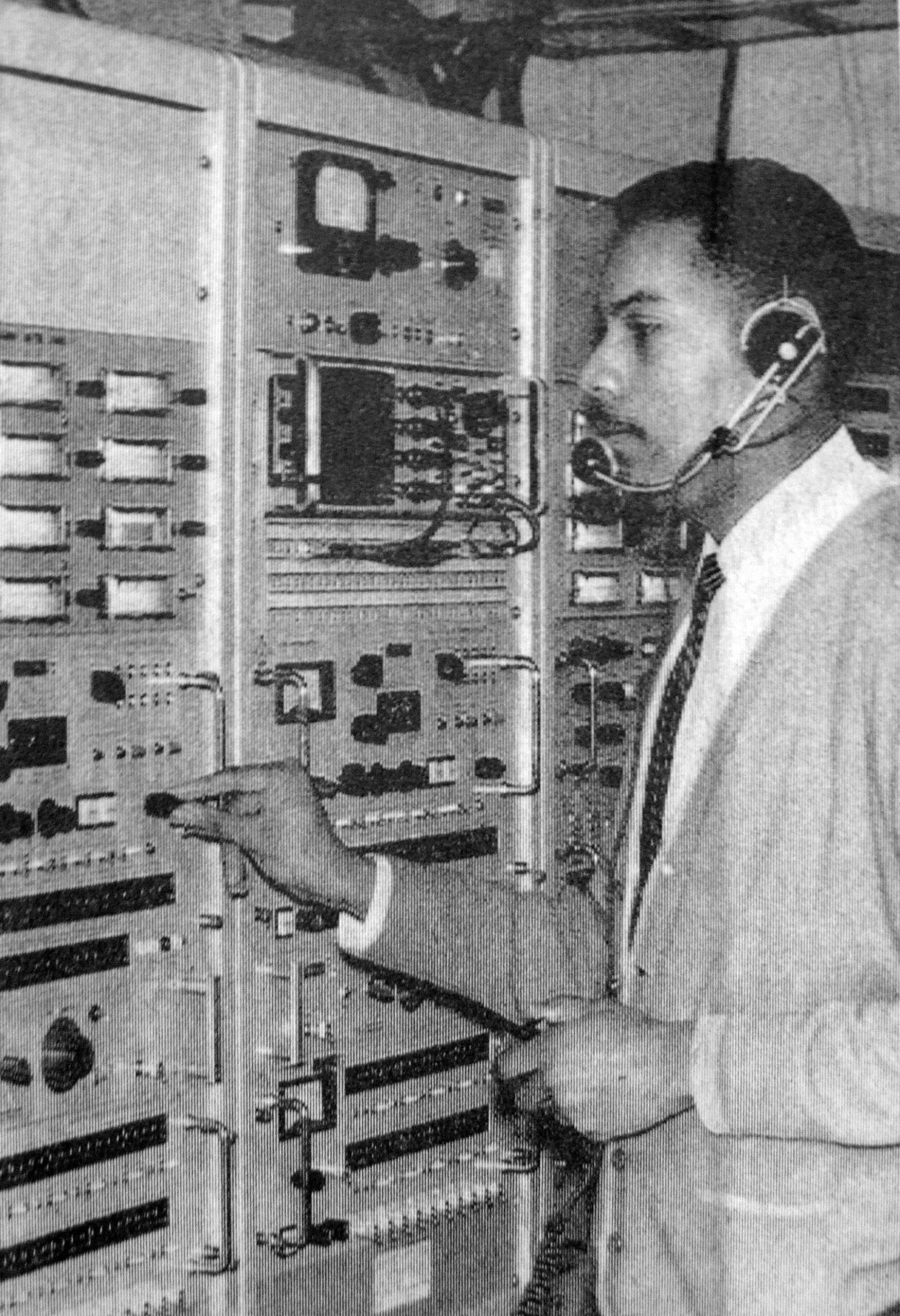 CALVIN (CAL) SIMONS (April 1962–April 1973) began in the Precision Measurement Lab then advanced to the Acquisition Aid area. He later attended numerous courses in advanced electronics at Goddard Space Flight Center’s Test and Training Facility in Greenbelt, ME. Assigned to the NASA station’s Telemetry section, Simons engaged in receiving and monitoring signals from Apollo spacecraft. He was one of a team commanding machines receiving signals capable of recording everything from a battery voltage level in the ship to the heartbeat of an orbiting astronaut. Simons was transferred to the computer section, which was responsible for radar tracking and telemetry data transmitted back to Mission Control. 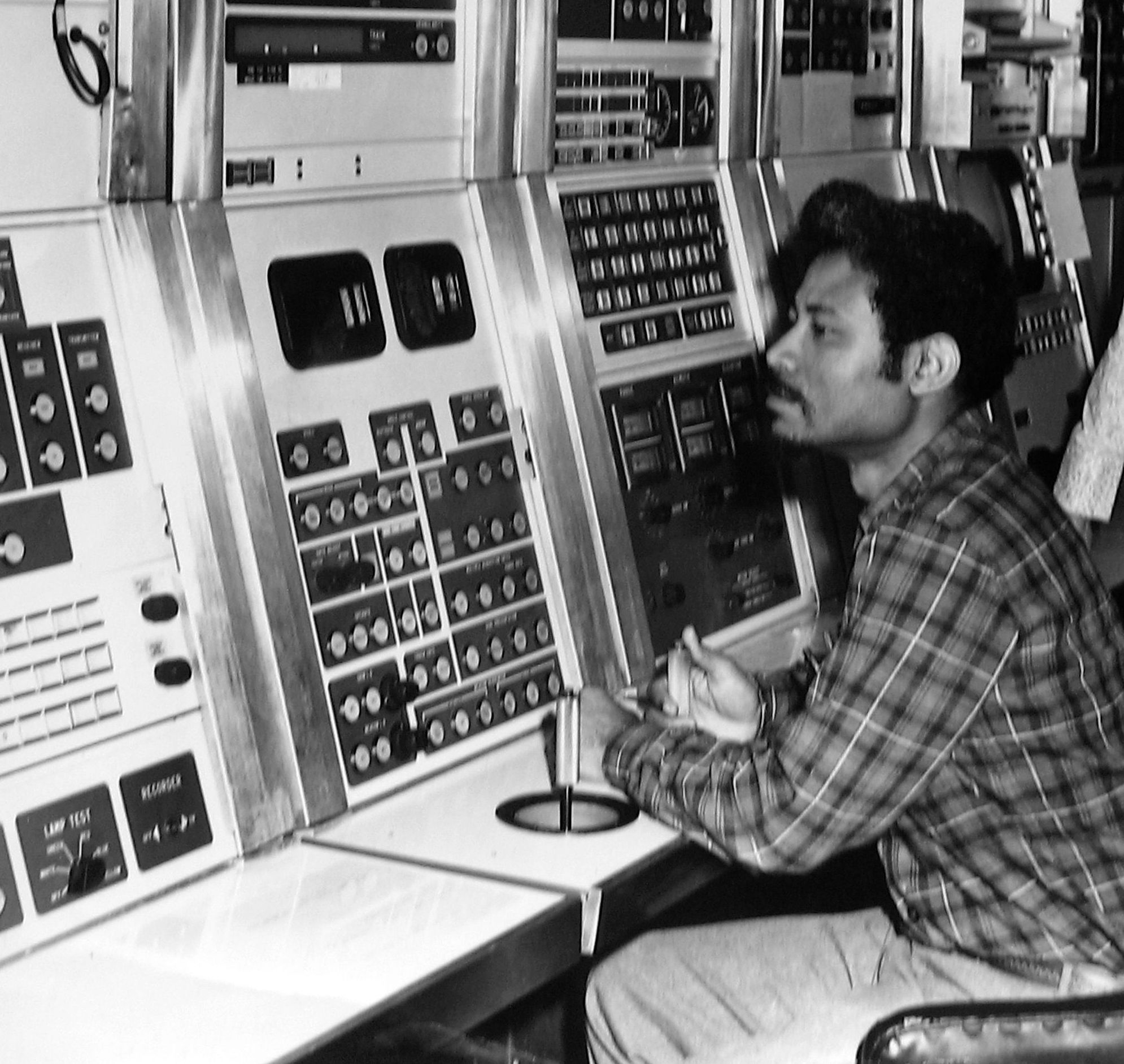 WILLIAM (BILL) TODD (1963–73) a radar technician, said: “We were always busy tracking something. Even after Apollo was over there was still a lot of stuff moving up there—it could be space debris, or spent rocket engines.” Todd and his colleagues spent about 12 hours on duty every day when an Apollo craft was in space. Much of the time was used testing and preparing the masses of radar and ancillary equipment to make ready for the crucial time when the craft appeared above the horizon. 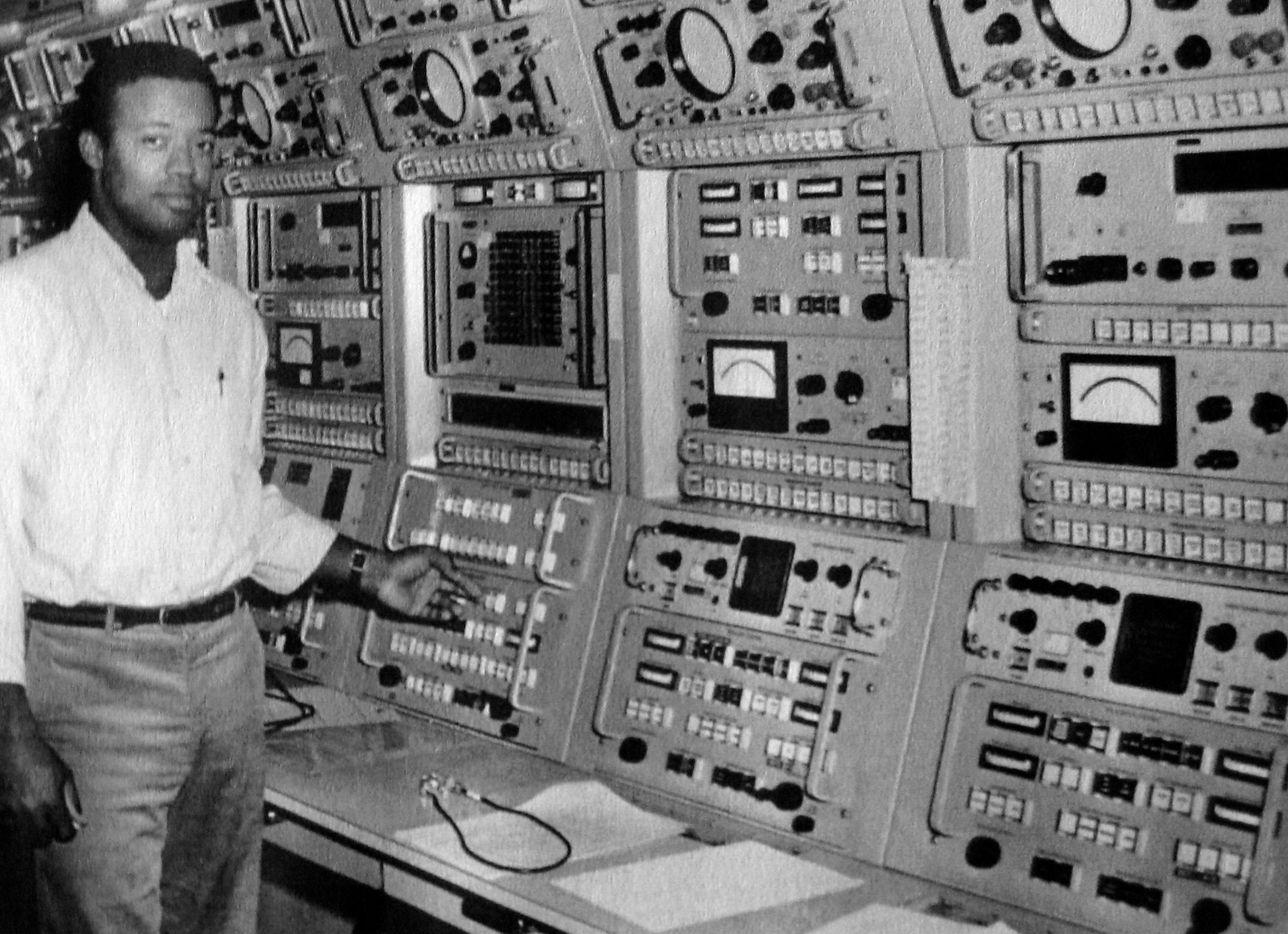 CLARENCE SOMMNER (1966–89) was assigned as an electronic technician in the Unified S-Band system and operated equipment which transmitted and received voice, telemetry data and television signals from the lunar surface through a 30ft-diameter Unified S-Band antenna. He received his education at the Francis Patton School and Howard Academy. Advanced electronics training was received from the many NASA sponsored courses he attended. In 1974, Sommner was offered an opportunity to be part of a weather experiment tracking storms on board NASA’s ship Vanguard, which was re-assigned near the Cape Verde Islands.

If you or a relative worked at NASA or you have photographs or artifacts related to NASA, please contact curator@nmb.bm. We want to hear your story.