This guest post is the first in a series of architectural articles by the Bermuda National Trust that will highlight some of Bermuda’s historic buildings.

Located on the corner of Cambridge and Somerset roads is the Independent Order of Odd Fellows’ Loyal Irresistible Lodge No. 6587. Named after HMS Irresistible then stationed in Bermuda, it is without a doubt the most elaborate of all the lodge buildings.

Designed by John W Greig as a two-storey building, 56’ x 29’ x 14’ on each floor with a side tower, the cornerstone was laid in April 1901. From start to finish the work was done on a voluntary basis by the Brethren of the Lodge and when completed was debt-free. The grand new hall was dedicated with much pomp and circumstance on May 30, 1902. Participating in the celebration were members of the other Friendly Societies who arrived from Hamilton and St George’s on the steamer Corona. The newspaper remarked that “the most important feature of the parade was the presence of the Juvenile Branches… It is to them the Odd Fellows must look to build up their Lodges in the future”. 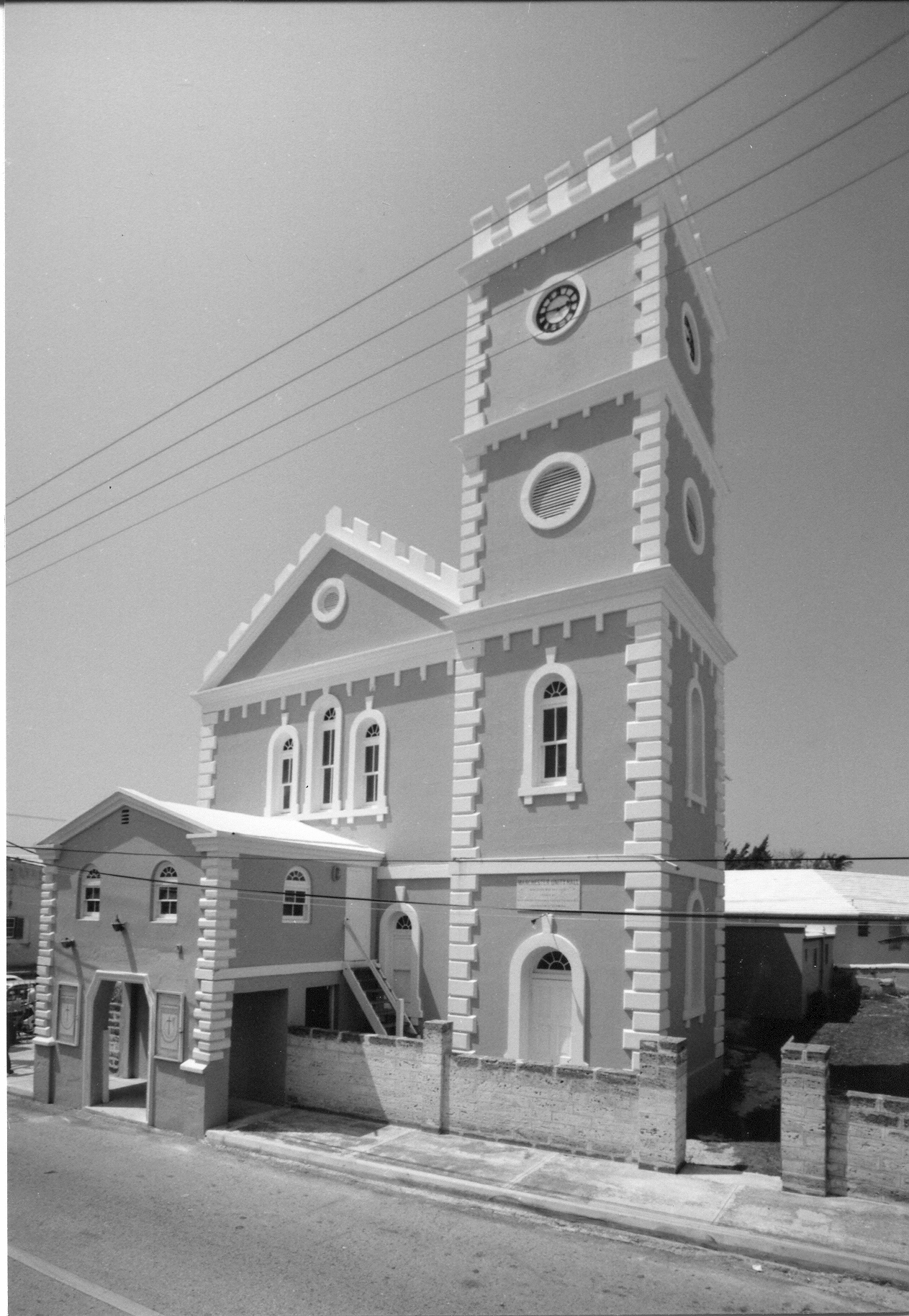 The lofty turret tower was not completed until June 1924 and was built by Charles Henry Wilson, a first-class mason of Somerset. On December 14th, in what was one of the largest gatherings held at the West End, members of all the lodges and the public assembled at Manchester Unity Hall for the dedication of the Memorial Illuminated Turret Clock. The clock was purchased from the firm of J W Benson of London, England and was assembled by another Somerset resident, engineer Henry Thomas Cann. It was the only public clock on the island that struck on the half hour but the cost of maintenance and electricity prohibited continuous lighting of it.

In 1921 permission was given for the Stubbs’ Motion Pictures to show movies while dances and recitals were also held in the building, but in the 1940s the Masonic Hall at Mangrove Bay became the locale for matinee and evening movies. By the 1920s the high regard for the lodges had begun to decline causing John Greig, by then Past Provincial Grand Master, to make a plea to the younger members of the community for more support. 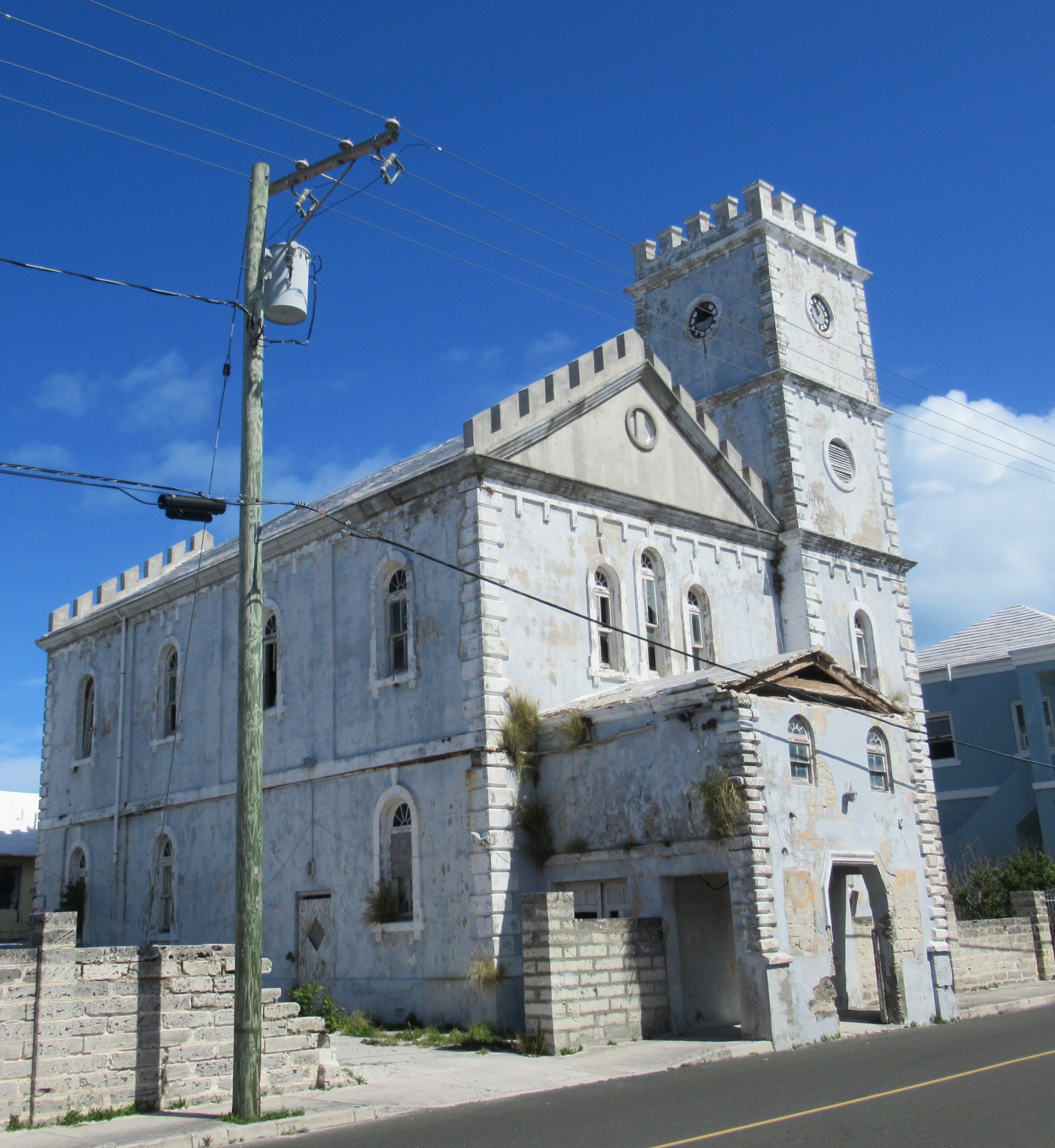 Sadly now, in 2020, lodge membership has declined even further and a new use is needed for this once-splendid building.

The Bermuda National Trust cares for 277 acres comprised of 82 properties that represent much of the best of Bermuda’s heritage – a variety of traditional historic houses, islands, gardens, cemeteries, nature reserves and coastline. The Trust’s mission is to protect and promote Bermuda’s unique natural and cultural heritage forever, by acquiring and conserving land, buildings and artefacts and inspiring appreciation and stewardship through advocacy, research, education and participation.