Opened in 1975 the Bermuda Maritime Museum, now the National Museum of Bermuda, is housed in the island’s largest fortification the Keep. The Museum’s collection is as diverse in subject matter as it is in material. With over 80,000 objects, including historic documents, photographs, plans & maps, art, archaeological finds (including shipwreck artifacts), small watercraft and large cannon, the collection paints a portrait of Bermudian activities spanning over five centuries. Even the historic military buildings that house the Museum are part of the collection! What ties everything together is that all the objects relate to aspects of Bermuda’s unique cultural heritage.

If you only have a short amount of time, don’t miss these must-see areas of the Museum.

This stunning hall was designed by Lt. Francis Fowke, who would later go on to design the Royal Albert Hall in London and other notable structures in the U.K. Built in 1850, it was originally used to store up to 4,968 barrels of the Royal Navy’s gunpowder. With a vaulted ceiling and three-foot thick walls to protect its explosive stores from enemy fire nothing – short of an earthquake – could damage this building. Today the building houses a collection of 16th and 17th century shipwreck artifacts recovered from local waters that tell the story of Bermuda’s discovery, early settlement and history from 1505 to 1684.

Fun fact: The floor is bitumen to reduce any chance of a spark being raised by a nailed boot and the weight of the powder barrels has impressed the outlines of their wooden racks into the floor. See if you can spot the circular marks left by the gunpowder barrels.

Why It’s a Must-See: Bermuda’s earliest wrecks are featured, with more than 1,500 artifacts of international and local significance on display.

What to Look For: The collection of 16th century indigenous wooden artefacts recovered from the San Pedro. Little is known about the exact source of these artefacts, though research suggests that they may be connected with cultural groups in South America and the Caribbean. 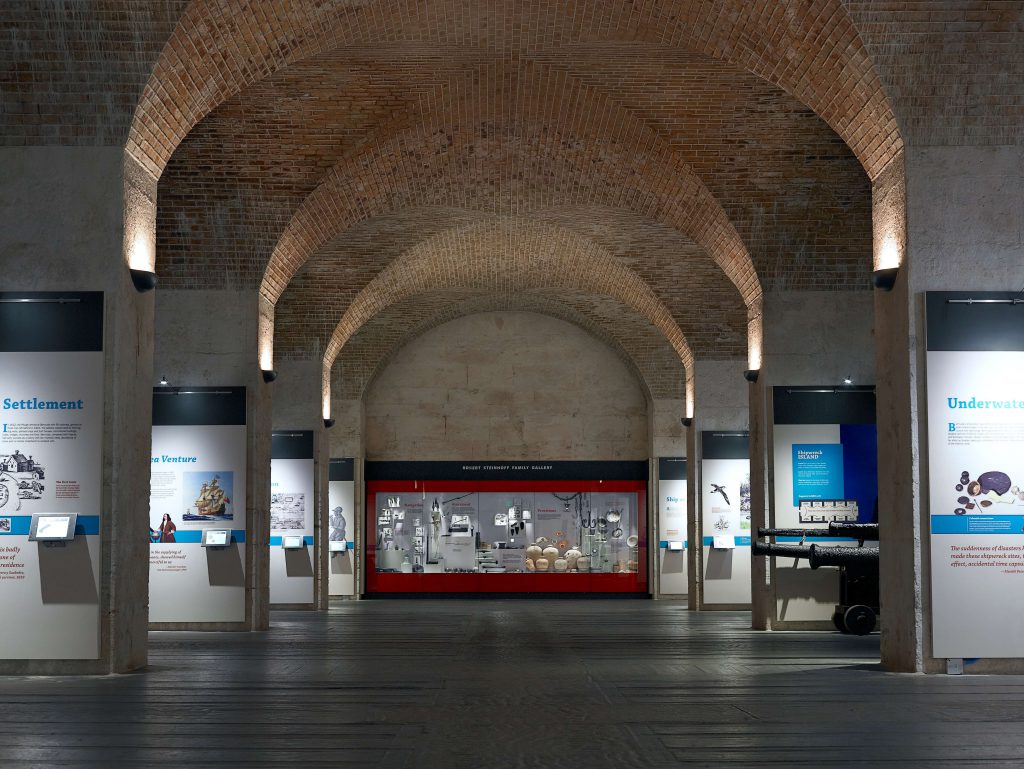 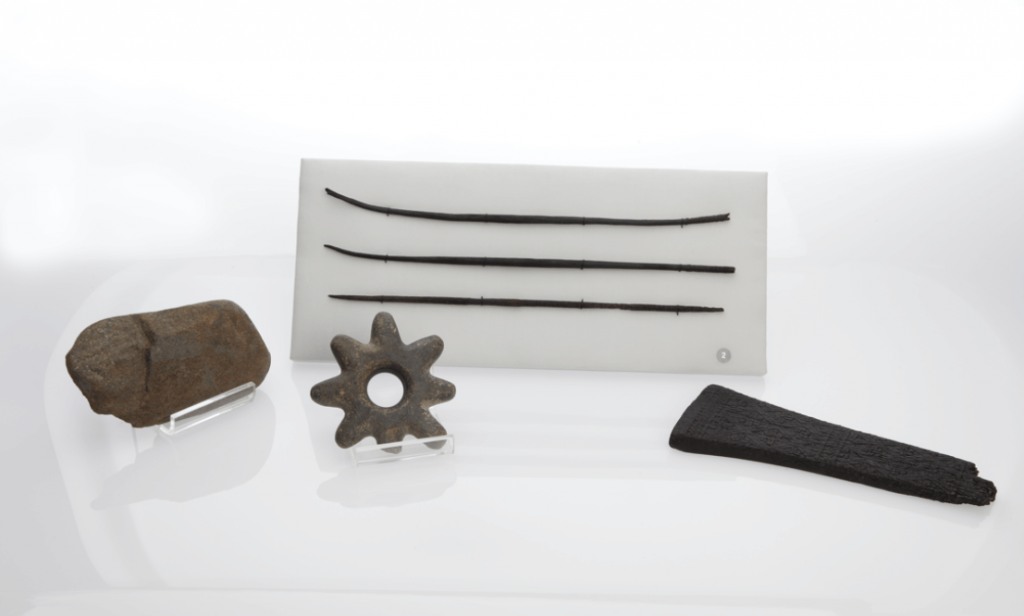 Once home to the civilian commissioner of Dockyard, Commissioner’s House was built in the 1820s and is the world’s first prefabricated cast-iron residential building. Left derelict in the 1950s, the house went through a 20-year award-winning restoration.

Today Commissioner’s House is home to a number of exhibits displaying the diverse history of Bermuda including fortifications and military history, the history of slavery in Bermuda, the Island’s connections with the Azores and West Indies, and Graham Foster’s grand mural The Hall of History.

Tracing the 500-year human history of Bermuda, local artist Graham Foster’s mural has captured the imagination of all ages. Taking three and a half years to complete and measuring 1000 square feet, the Hall of History, tells the island’s story with vibrant detail, irreverent humour and poignant observations.

Why It’s a Must-See: As NMB Executive Director Elena Strong says the mural is “a great tool to uncover the suppressed histories, the histories that have never been recorded in art”.

What to Look for: Often described as a “Where’s Waldo” of Bermuda history, the mural includes folklore, characters, traits and traditions from Bermuda’s amazing multi-faceted history. See if you can spot the building of Commissioner’s House, 16th century bee keeping, or the famous faces of Bermuda’s past. 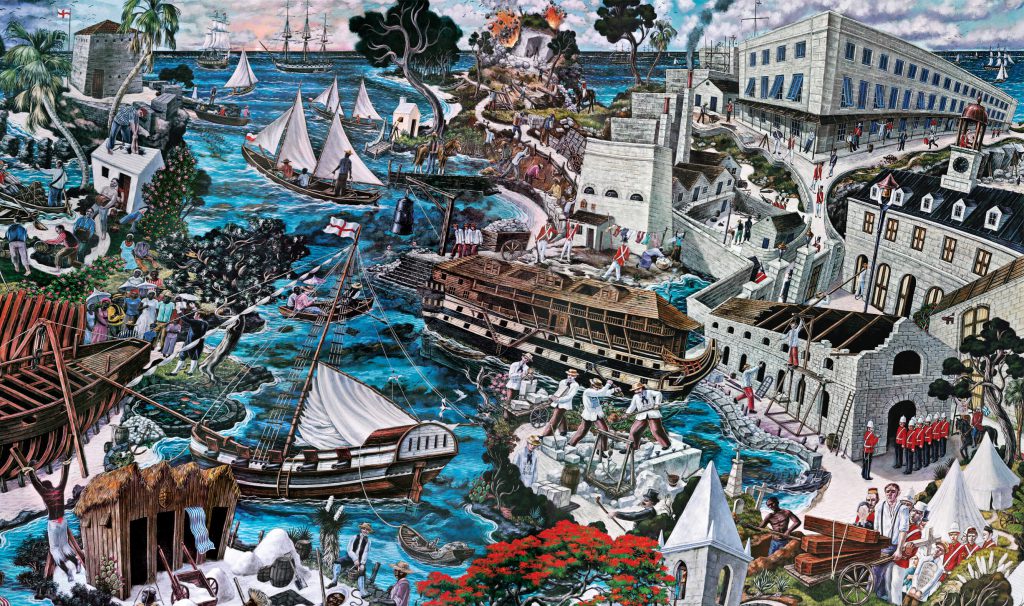 Fun for all ages

Don’t miss the Museum Playground inspired by local cultural and natural heritage and designed by award-winning Danish design company, Monstrum, it includes a discovery sand pit, a 21ft lighthouse with slide, seaweed-like climbing elements, and a 70ft green moray eel. Or take a stroll along the ramparts of Bermuda’s largest fortification and explore the seven irregular bastions named ‘A’ to ‘G’, which were equipped with heavy guns, including, over the years, 24-pounder and 32-pounder carronades, 8-inch shell guns and 6-inch breech loaders.

Why It’s a Must-See: With spectacular jaw-dropping views, the rampart walk is a must for any photographer, just remember to tag the Museum in your twitter, Instagram, or facebook posts!

What to Look for: Keep an eye out for our “lambscaping crew” of sheep, the Bermuda longtails that nest in the surrounding cliffs, and our resident mouse catcher “Bastion”. 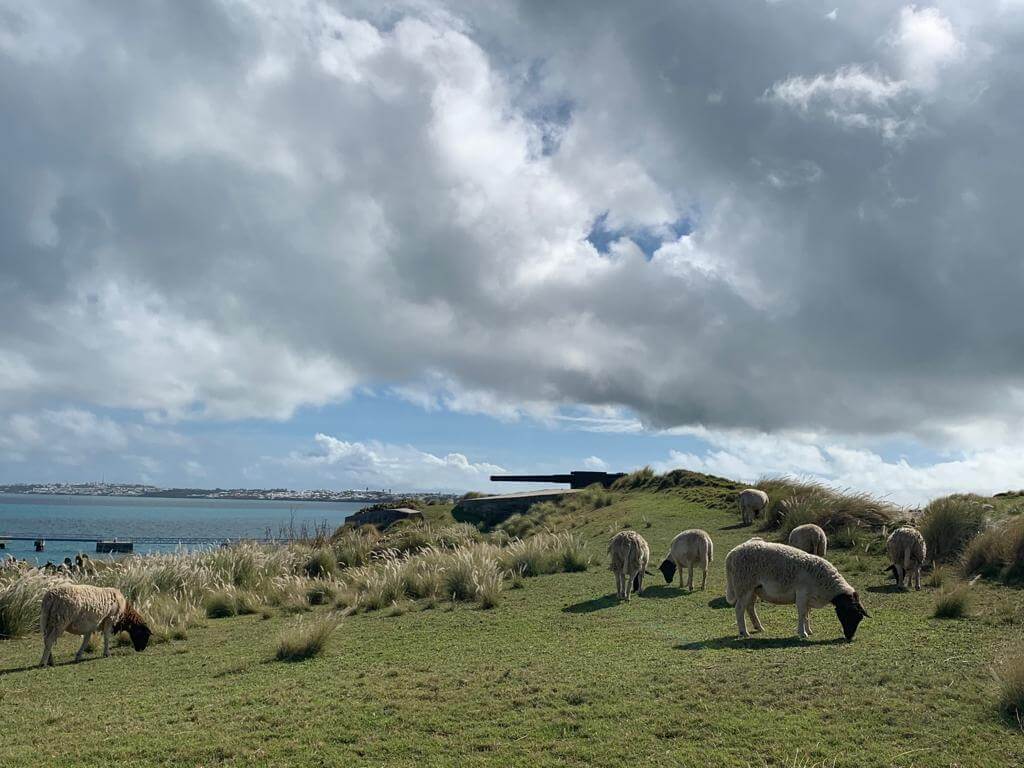 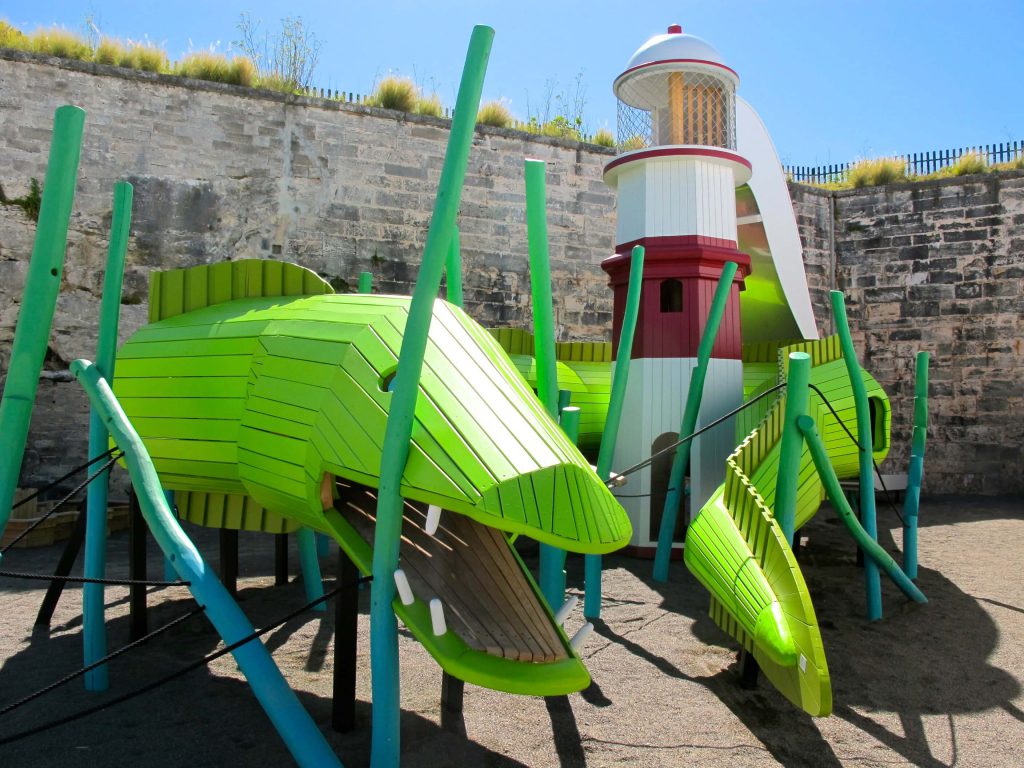