From the archives. This article first appeared in MARITimes 2018 Vol. 31 No. 1

The landscape is littered with vestiges of our past; disregarded structures and monuments representing practices now lost. Their degradation is not only indicative of the movement of time and the advancement of technology but also the disappearance of cultures and identities which should in some way be preserved.

Along the coast of Bermuda lies an example of this that has almost completely disappeared from Bermudian consciousness; cuts in the coastal landscape too straight and deliberate to be natural. These were once the ponds used by Bermudian fisherman to store the day’s catch to be sold later. The remnants of the ponds surround the island, hiding in plain sight, obvious only to those who know to look for them. 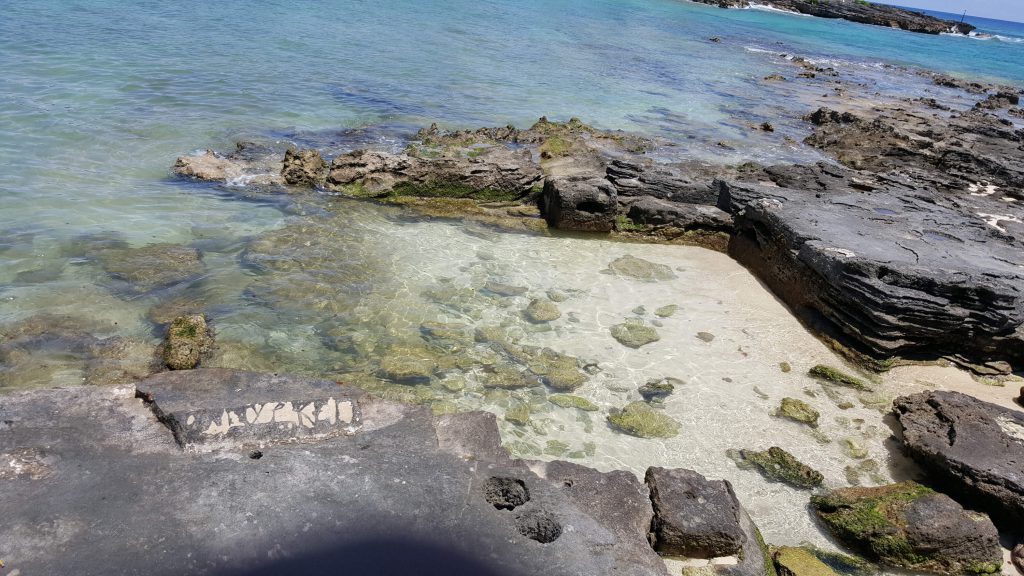 One aspect of fish ponds I found most intriguing was the ingenuity behind their construction. To build a viable fish pond, fishermen first had to understand the landscape they were working with. Although it has been suggested the idea to create fish ponds was bought by Barbadian slaves, my research indicates it was instead alighted upon through Bermudians developing an understanding of the landscape and geological properties of the island, particularly its cave system and limestone.

Collapsed cave roofs created depressions which can now be found everywhere. The limestone making up these depressions allows for the easy flow of seawater throughout, thus enabling the easy maintenance of temperature and oxygen.

The porous nature of Bermuda’s limestone would not have been hard to uncover through study of these natural ponds, and the construction of man-made fish ponds would have been a logical next step. The variety of ways Bermudian fish ponds were constructed can be attributed to the ease of working with the limestone.

The fish ponds found around the island range from complex constructions using blocks of stone to rather simple ones, which look as if they may have simply been carved out of the coastal face. The methods for constructing these ponds show that Bermudians understood the percolation of water through limestone, tidal processes, how to work and shape the rock covering the island, as well as how to use the natural materials around them for effective problem solving. Their representation of this local knowledge and skill alone is enough to validate their need to be conserved. 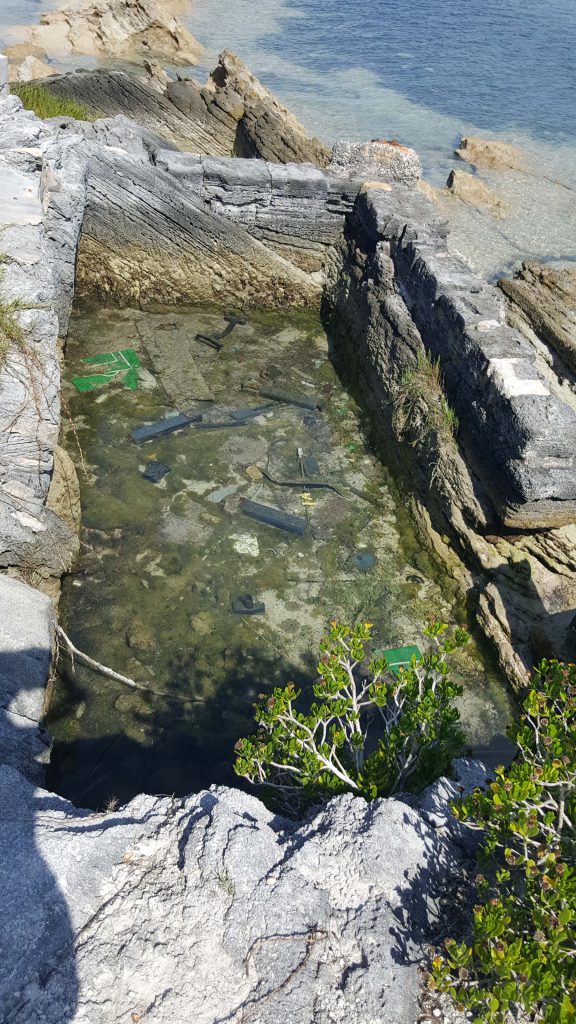 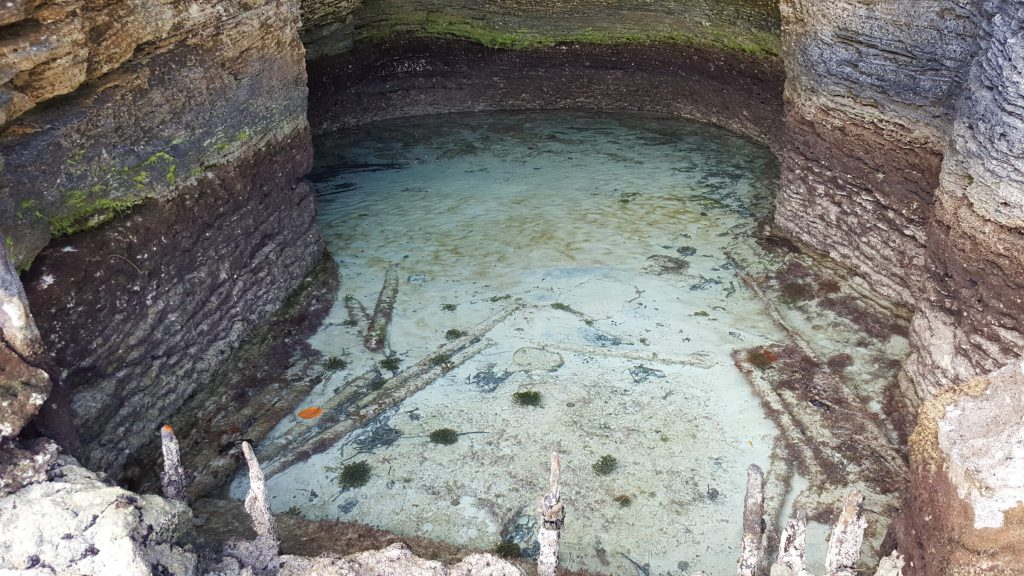 Fish ponds are an emblem of early Bermuda and the struggle to provide for an island fast becoming too populated for its resources. Not only do fish ponds represent an understanding of and interaction with the landscape of Bermuda, they also show thought being put into establishment of sustainable fishing practices that protected against overfishing.

Most of the families and communities on the island were fed by fish caught and stored in the ponds. This storage method ensured that even during periods of bad weather there was enough food to sustain the islanders. Bermudians developed a seasonal practice of fishing which would allow the fish to have regenerative periods each year; reducing the risk of overfishing. 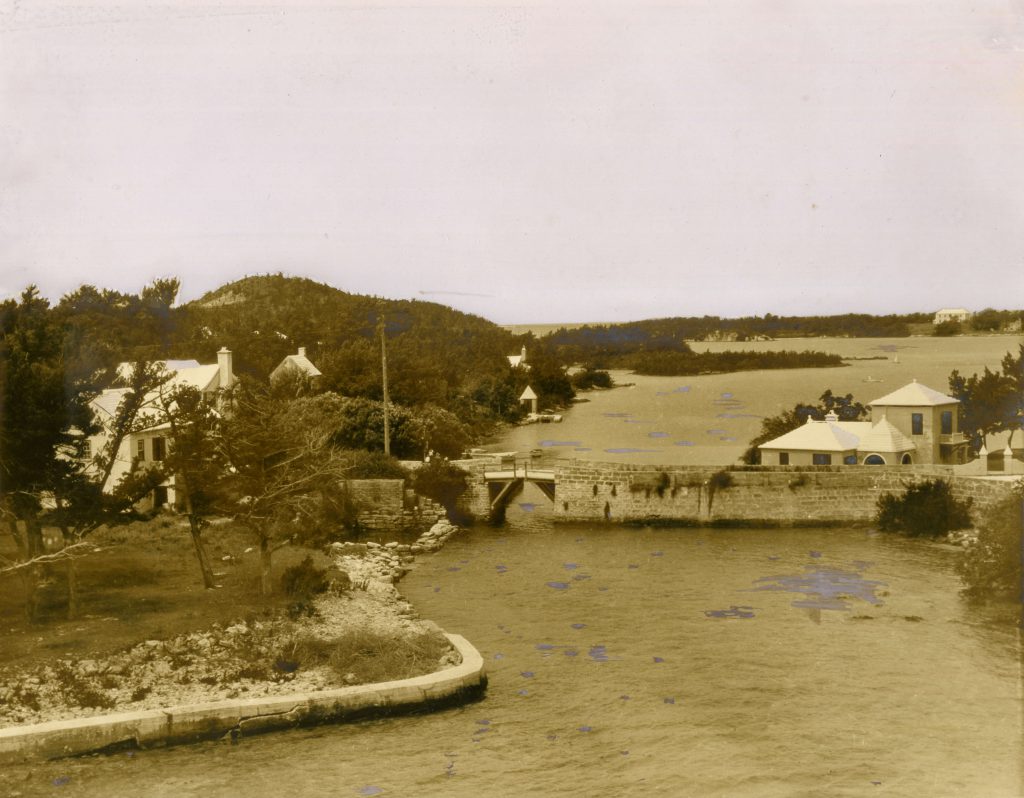 As interest in Bermuda as a tourist destination grew, fish ponds became another feature adding to the unique beauty of the island, showcasing both the traditional practices of the islanders and its natural wonders. Although groupers were the primary occupants of many of the island’s ponds, they also stocked parrotfish, angel fish, turtles, and other colourful varieties.

The aesthetic value of these ponds is obvious, as they present colourful aquariums showcasing the varied marine life Bermuda has to offer. In 1831, Devil’s Hole became one of Bermuda’s first genuine tourist attractions when it opened for tours. It was a pleasing spot where visitors could relax while looking at the variety of fish and turtles encased within. 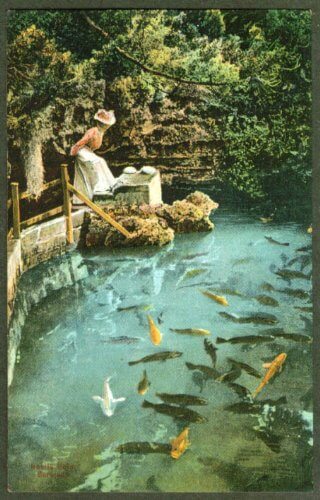 The environment held a sense of agency over Bermuda’s history, affecting the island’s settlement and use. In turn Bermudians shaped the landscape, somehow enabling a small archipelago to sustain a population that rapidly began to outgrow it. Against the odds, islanders found ways not only to sustain themselves but to make a name for Bermuda on a global scale.

Bermuda onions, arrowroot, and lilies were known around the world, to the point that Bermudians today are still referred to as “Onions.” The skill with which Bermudians worked the cedar and palmetto plants endemic to the island was praised worldwide. Unfortunately, the old skills of working with the natural resources provided by the archipelago are fading away as their practitioners die out without being able to pass on their skills and knowledge.

Bermuda still holds a wealth of knowledge waiting to be tapped. Although community involvement in the propagation of culture seems to be fading away, that is not to say that Bermudians are not interested in that culture.

Invigorated protection of Bermuda’s culture can be easily achieved if we provide the community with a voice, and show that ideas and knowledge have a pivotal part to play in conservation efforts. Using this knowledge when managing the conservation of fish ponds will enable their sustainable and efficient management. Advancing these goals will hopefully provide the framework for the continued conservation of the other emblems of Bermuda’s culture that are beginning to disappear, serving to begin a revitalisation that will allow the unique and intriguing heritage of the island to thrive.